The Batres City Council will stop paying electricity bills to the electricity companies that provide it to "defend the rights of neighbors" before him... 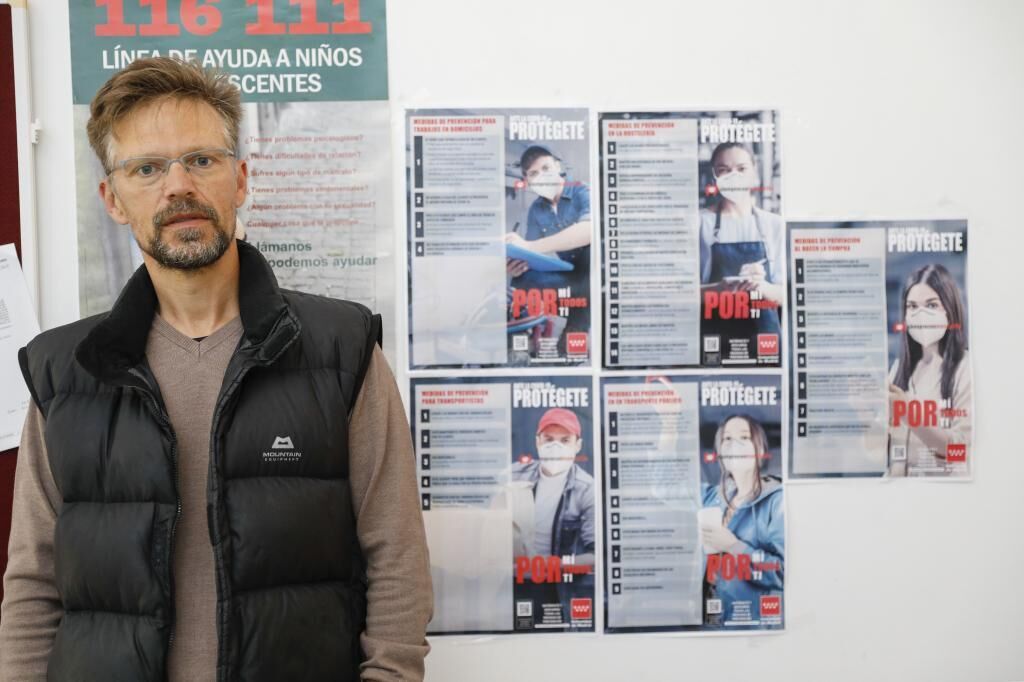 will stop paying electricity bills to the electricity companies that provide it to "defend the rights of neighbors" against the "enormous abuse" of these companies and the "inaction" of the Government and the rest of the administration for the staggered rise in the bill for this basic supply.

This has been indicated to Europa Press

, the mayor of this municipality of 1,750 inhabitants located in the south of the region, which suffered a major fire on August 15, which devastated 192 hectares, in addition to material goods of significant value both public and private.

"We are in a situation that is not sustainable. And while the Minister of Ecological Transition,

, says that it is a problem in Europe, and the opposition of the PP only adds fuel to the fire and tension without providing solutions. Therefore, yes the Government does nothing we have to be the municipalities that take measures, "he said.

The councilor, from Agrupación de Batres (ADB), has confessed that he adopted the idea of ​​a neighbor who, fed up with the continuous rise in the price of electricity, told him that he was going to stop paying it, assuming the risk that it would be cut off. "And the thing is that in the municipality we have many neighbors who do not make ends meet and cannot afford this payment, since the bills have doubled. The situation is no longer sustainable," he warns.

López, from the independent party

, has indicated that when he became mayor he faced all the debts he had with the electricity companies, but that now, once the measure has been consulted with his legal services, they will stop paying the bills.

In a statement signed by the first mayor of Batres this morning, he reiterates that the "current situation of permanent abuse by the electricity companies is causing an unusual damage in all domestic economies, in business costs and in the spending of all administrations for the energy supply of installations and public lighting ".

"The inaction of the central government or its own impotence to solve this enormous national problem is once again showing the power that these multinationals have in controlling governments, where many of their members have ended up or end up as members of their councils of administration on a recurring basis, "he says.

On the other hand, "the positions of a large part of the opposition groups in Congress on this important issue are focused on wearing destructive criticism, providing demagogic solutions and further teasing a society that is increasingly but less well informed, and defending its own axiom of the worse the better ", he wields.

Thus, Víctor Manuel López believes that citizens are being able to do little "in the face of such enormous abuse."

If all citizens stopped paying the electricity bill, the pressure would be total for the electricity companies, but if only a few did, they would end them in a jiffy by cutting off the supply, "he says.

However, he points out, the same does not happen with public administrations.

"When they do not pay the electricity bill, the electricity companies have to go to court so that they are forced to pay by judicial sentence, but they cannot cut off the electricity of the schools, the Town Hall, the lighting from the streets, etc ", he argues to stop paying the bills.

to values ​​that allow Spanish citizens "an essential minimum consumption with contained costs."

And with that money he will prioritize other payments "to guarantee municipal public services."

Finally, López urges all those responsible for public administrations to take "urgent and immediate measures to put pressure on these companies to stop this rampage of immoral, speculative and unsupportive prices with a society that has been suffering repeated economic crises since the year. 2007 ".

At the moment, as the mayor has indicated to Europa Press, he has not received information from any other Spanish municipality that joins his initiative.

AerolineasPlus Ultra, "surprised" with the PP, assures that it does not own aircraft

It was all a fraud (III) Preferentes, the great betrayal of the bank to its clients: "They deceived him as they deceived everyone"