Friendly economy time. Today, I will be with reporter Kim Hye-min. These days, we talk about debt a lot, but today I want to talk about national debt. 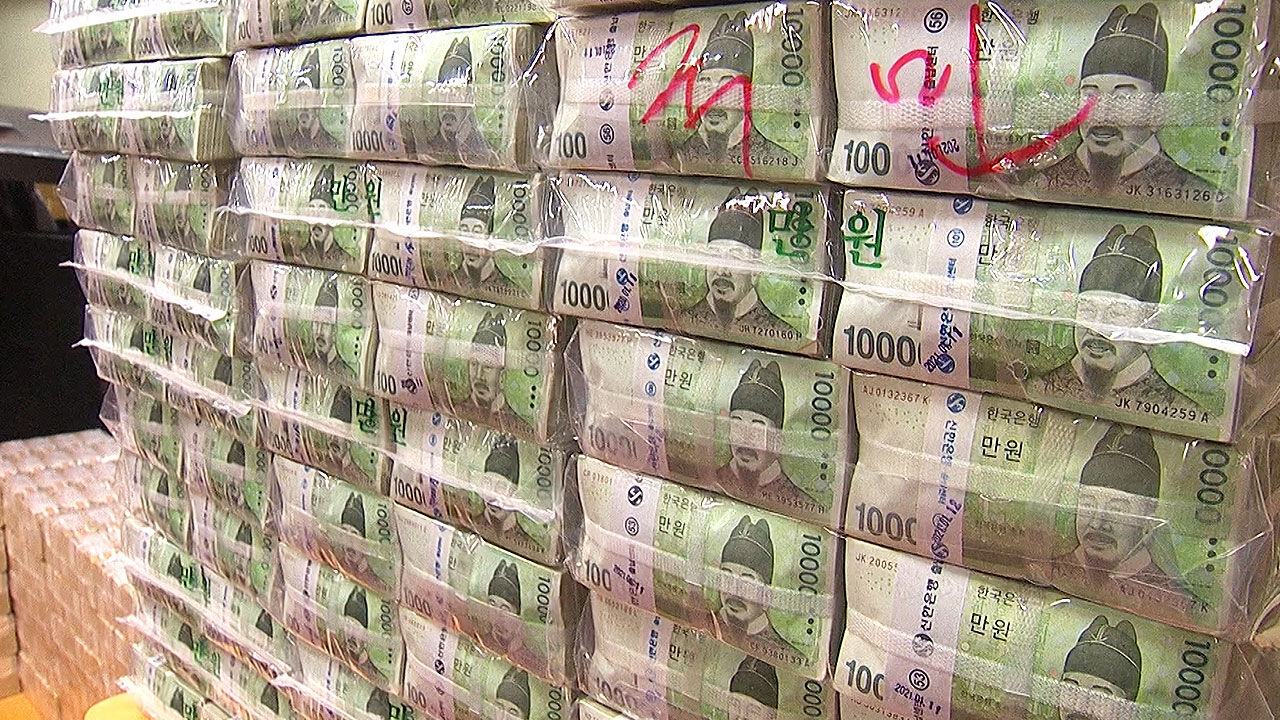 friendly economic time. Today (31st) I will be with reporter Kim Hye-min. These days, we talk about debt a lot, but today I want to talk about national debt. Are you saying that the high national debt is putting a strain on our economy?

As you can see from the graph, the national debt starts to increase suddenly from 2019, when the economic crisis due to COVID-19 occurred.

As of the end of last year, it jumped to 847 trillion won. This is because the government has relaxed finances to respond to the crisis, and it is expected to reach 964 trillion won by the end of this year.

The 5th disaster relief payment will start soon. About 88% of the people spend 250,000 won each, and this unexpected large-scale budgeting is considered one of the causes of worsening the national debt.

Looking at the graph like this, there are special circumstances recently, but the number has increased a lot. But the debt has grown so much. They seem to use a lot of figures that compare the national debt to the gross domestic product to confirm in more detail what that means, but they say that this is also getting worse.

In addition, the Ministry of Strategy and Finance predicts that the national debt ratio will be 58.3% in 2024, that is, three years later. The outlook for the IMF is more pessimistic than this. It goes up to 64.4%.

Because of this, Korea received a warning from Fitch, an international credit rating agency, a month ago. The sharp rise in national debt combined with a declining population could pose a risk to fiscal management.

So, even if the debt increases a little, production increases to be able to handle this debt, and income increases like this. I'm worried. But eventually, the debt will continue to increase, and eventually the next generation, young people, will have to bear a lot of this debt.

I did a calculation once at an economic research institute to figure out how much debt each citizen owes. First, we set the national debt growth rate at the “average” level before the COVID-19 crisis.

In addition, the 'future productive population' announced by the National Statistical Office, that is, the number of people who can work excluding children and the elderly, is substituted.

Then, the national debt to be borne by one working-age population was about 22 million won at the end of last year, but it will exceed 100 million won by 2038 or 16 years later.

This means that the national debt to be borne by newborns born this year when they reach adulthood after graduating from high school exceeds 100 million won.

So, that figure is the debt that a person must pay back to the state by when, but it is not like this, but our descendants still have to pay that much, and this burden is a tax after all. The tax revenue that the state can secure will eventually be taxes, so if the debt grows like this, don't you have no choice but to worry about the possibility of a tax increase, which could increase taxes?

Fortunately, tax revenue increased slightly in the first half of this year. It was 48 trillion won more than last year, but because house prices skyrocketed, the transfer tax charged when selling a house surged the most.

As the economy recovered, business performance was also good. However, it is unclear whether the tax will continue to be raised like this.

Right now, in the second half of this year, the economy is showing signs of recession again as the COVID-19 spreads again. Experts say that there is a possibility that tax revenues may decrease, and advise to prepare ahead of time.

And fundamentally, it is more important to spend systematically within a limited budget from the beginning rather than to fill the national debt by collecting a lot of tax on the people.

I think it would be good to pay attention to how efficiently the taxes I paid are being used while watching these announcements.