The Abu Dhabi Future Energy Company (Masdar), a subsidiary of Mubadala Investment Company, announced the inauguration of the “Noor Navoi” solar power plant in Uzbekistan, which is the first successful independent solar energy project in the country. 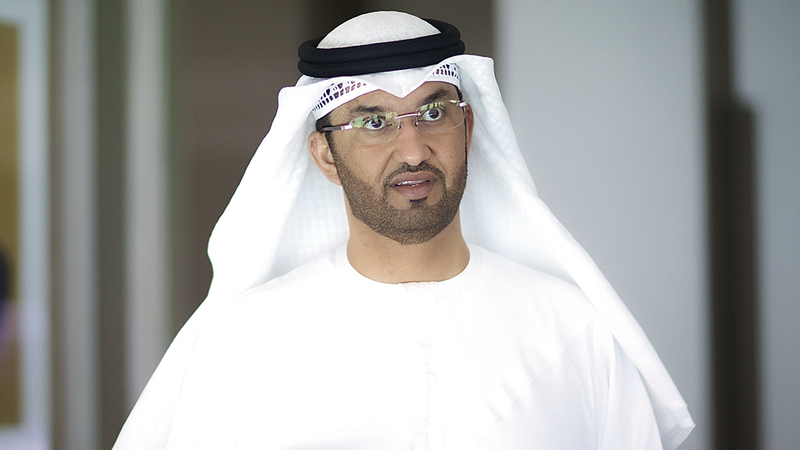 The Abu Dhabi Future Energy Company (Masdar), a subsidiary of Mubadala Investment Company, announced the inauguration of the Noor Navoi solar power plant in Uzbekistan, which is the first successful independent solar energy project in the country.

The President of the Republic of Uzbekistan, Shavkat Mirziyoyev, said during the inauguration ceremony that the state's plan for the next five years includes increasing the growth rate of its economy by 1.5 times, raising the gross domestic product to $100 billion, as well as launching new industrial projects, whether medium-sized or large, to rise The volume of demand for electricity reached 100 billion kilowatt-hours, an increase of 30 billion kilowatt-hours over the current demand.

He added: "Accordingly, we have developed huge plans that include reforms and new projects in the electric power sector.

Over the next five years, 19 projects with a total value of $6.5 billion and a total production capacity of 11,500 megawatts will be launched.

In turn, the Minister of Energy of Uzbekistan, Alisher Sultanov, said that Uzbekistan is working closely with the International Finance Corporation, to open the doors to investment in the energy sector for private sector companies, in order to contribute to achieving the state's goal of providing 25% of its energy needs through path of renewable sources by 2030.

He stressed that there are a huge variety of projects under implementation, and others that have already been completed, stressing Uzbekistan's commitment to its goals of improving energy efficiency and increasing the share of renewable energy in the country's energy mix.

For his part, the Minister of Industry and Advanced Technology, the UAE’s Special Envoy for Climate Change and Chairman of the Board of Directors of “Masdar”, Dr. Sultan bin Ahmed Al Jaber, said: “In line with the leadership’s directives to strengthen international partnerships and cooperation, support global efforts in the field of clean energy, and reduce the repercussions of climate change. We are pleased to launch this important project in Uzbekistan, which will contribute to ensuring a more sustainable future.”

Al Jaber stressed that the project and other solar and wind energy projects developed by Masdar in various regions of Uzbekistan will contribute to the growth of the industrial sector and provide job opportunities that contribute to economic and social growth, thus enhancing progress towards achieving sustainable development goals.

Al-Jaber stressed the importance of the project in consolidating Uzbekistan's position in the field of clean energy in the Central Asian region, expressing pride in supporting this type of project, which reflects the UAE's commitment to supporting climate action, especially with the approach of the 26th session of the Conference of the Parties to the United Nations Framework Convention on Climate Change. the climate.

In the same context, the Minister of Energy and Infrastructure, Suhail bin Mohammed Faraj Faris Al Mazrouei, said that this remarkable achievement reflects the strength of the relationship between Uzbekistan and the UAE, and their fruitful cooperation in the renewable energy sector, and many other sectors.

The project, which is being held at the level of service facilities, represents an important step that supports the transformation of the energy sector in Uzbekistan, stressing the UAE's commitment to supporting Uzbekistan's efforts to enhance reliance on renewable energy sources.

As for the CEO of "Masdar", Muhammad Jamil Al-Ramahi, he said that the project represents an important step on the road to enhancing dependence on clean energy in Uzbekistan, as the "Noor Navoi" solar power plant will play a major role in the transformation process within the Uzbek energy sector, and achieve the goals of the state. on climate change.

The plant has started generating power, thus contributing to the achievement of Uzbekistan's renewable energy goals.

When fully operational, the plant will provide power to about 31,000 homes and avoid the release of 150,000 tons of carbon dioxide annually.

Noor Navoi is the first project to be developed by Masdar in Uzbekistan, where the company has pledged to develop a number of solar and wind energy projects.

In July, Masdar signed agreements to develop two solar photovoltaic projects in Uzbekistan with a total capacity of 440 megawatts.

The commercial operation of the two projects, which will be built in the Samarkand and Jizak regions, is expected to start during the first quarter of 2023. Masdar has also won a tender for another solar energy project in Uzbekistan, which is a 457 megawatt solar photovoltaic plant.

• The solar and wind energy projects developed by "Masdar" will contribute to the growth of the industrial sector and provide job opportunities.