Currently, the richest person in Korea is Kakao Chairman Kim Beom-soo. Samsung Electronics Vice Chairman Lee Jae-yong was beaten out at once, and Celltrion Seo Jeong-jin and Hyundai Motors Chairman Chung Mong-koo were pushed back one after another. 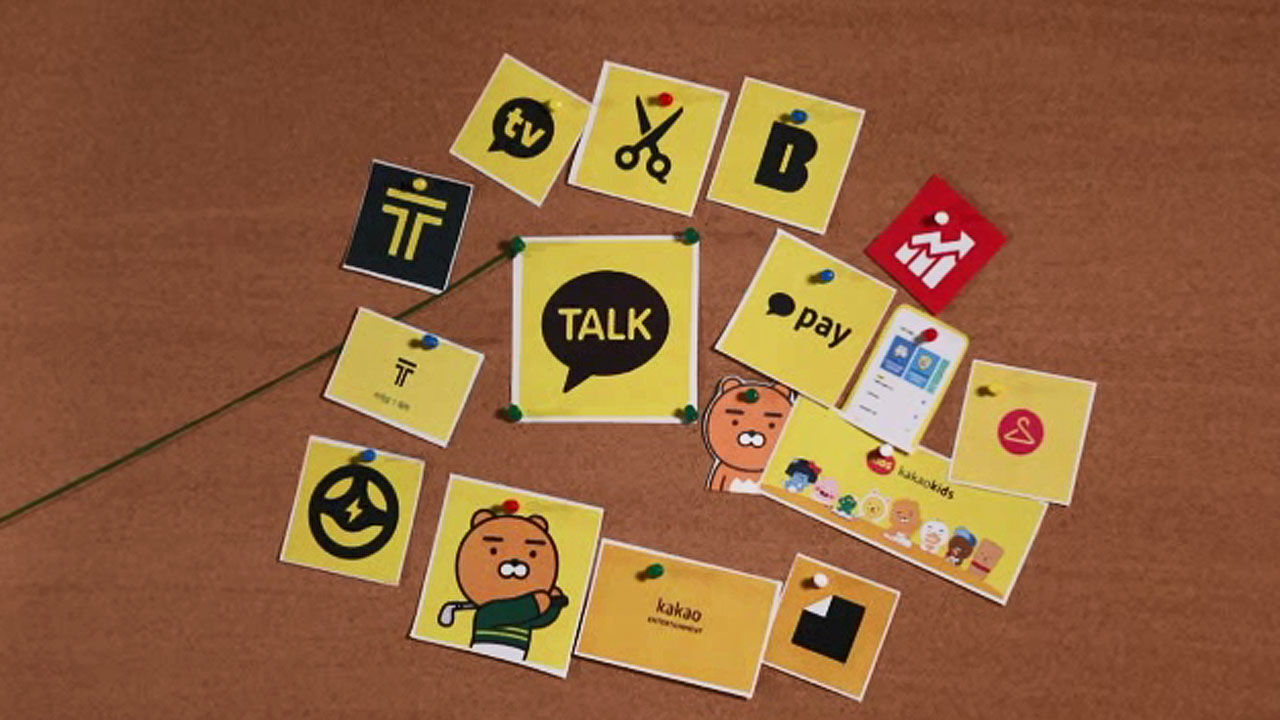 Samsung Electronics Vice Chairman Lee Jae-yong was beaten out at once, and Celltrion Seo Jeong-jin and Hyundai Motors Chairman Chung Mong-koo were pushed back one after another.

The company's value is 100 trillion + α, making it the 5th most expensive company in Korea.

Let me explain what is the formula for this rapid growth of cacao that has thrilled the chaebols.

KakaoTalk is a national app used by more than 90% of the people, but now it is even making reservations for vaccines, and it has become an infrastructure that is highly dependent on public goods.

As a result, anything can be a hit if you put it on top of Ryan.

A whopping 186 affiliates have been increased through mergers and acquisitions or investments.

It is the second largest number after SK in Korea, and it is constantly increasing.

However, looking at the industry, many of them are entering the alley market.

When Kakao rises, it dominates the market, but when chaebols infringe on alleyways or give jobs to affiliates, there are many restrictions, but Kakao is an exception.

Samsung can't do it no matter how much they want to, but what can Kakao do?

There is a regulation that prevents finance from falling under the domination of the industry, called the 'Act on Separation of Money and Industry', but Kakao Bank does not apply.

You don't have to worry about the Financial Group Supervision Act as you can advance into securities, credit cards, and even insurance in pay.

Let's find a hint in the US.

Wal-Mart, which dominated the distribution network in the 1990s, was enthusiastic with consumers because of its lowest price policy. Criticisms such as the problem of low-wage workers and the bankruptcy of local retailers grew, and eventually regulations such as store area restrictions followed.

Amazon was the first to overturn the sales of such a giant Walmart.

So, it took over the online market by drastically cutting the price, launched an attack on the offline market, and recently landed in the domestic market.

Amazon's numerous M&As that lead to multiple industries, it is an expansion model modeled after Kakao.

So, over the past 20 years, it has led hundreds of M&As to big tech companies, such as Amazon, Google, Apple, and Facebook, and is sometimes called 'killer M&A', meaning that it eliminates potential competitors.

This is what Lena Khan, the new U.S. Fair Commissioner, is paying attention to.

It is said that there is a problem with the existing monopoly law, which says that everything is OK if it is beneficial to consumers, because according to that logic, Amazon, which claims the lowest price by killing its competitors, cannot become a monopoly for the rest of its life.

For platform companies, 'does it interfere with competition' should be the basis.

The uncomfortable view of platform monopoly and the need for regulation are spreading all over the world.

The convenient life brought by Kakao innovation is something to be grateful for and to be recognized.

Of course, the technology will advance further.

However, the topic now is imbalance.

Controversy over reverse discrimination and monopoly, where big tech companies that have been severely damaged by the corona are less regulated, of course, will inevitably grow.

Capitalism without competition is exploitation, not capitalism.

It's time to reflect on this basic proposition, whether we're forgetting innovation and convenience.