Emmanuel Macron visiting Iraq, "a pivotal country for the stability of the Middle East"

Emmanuel Macron begins this Saturday, August 28 a two-day visit to Iraq. The first stop will be in Baghdad for talks with Iraqi leaders but also to participate in a summit governed ... 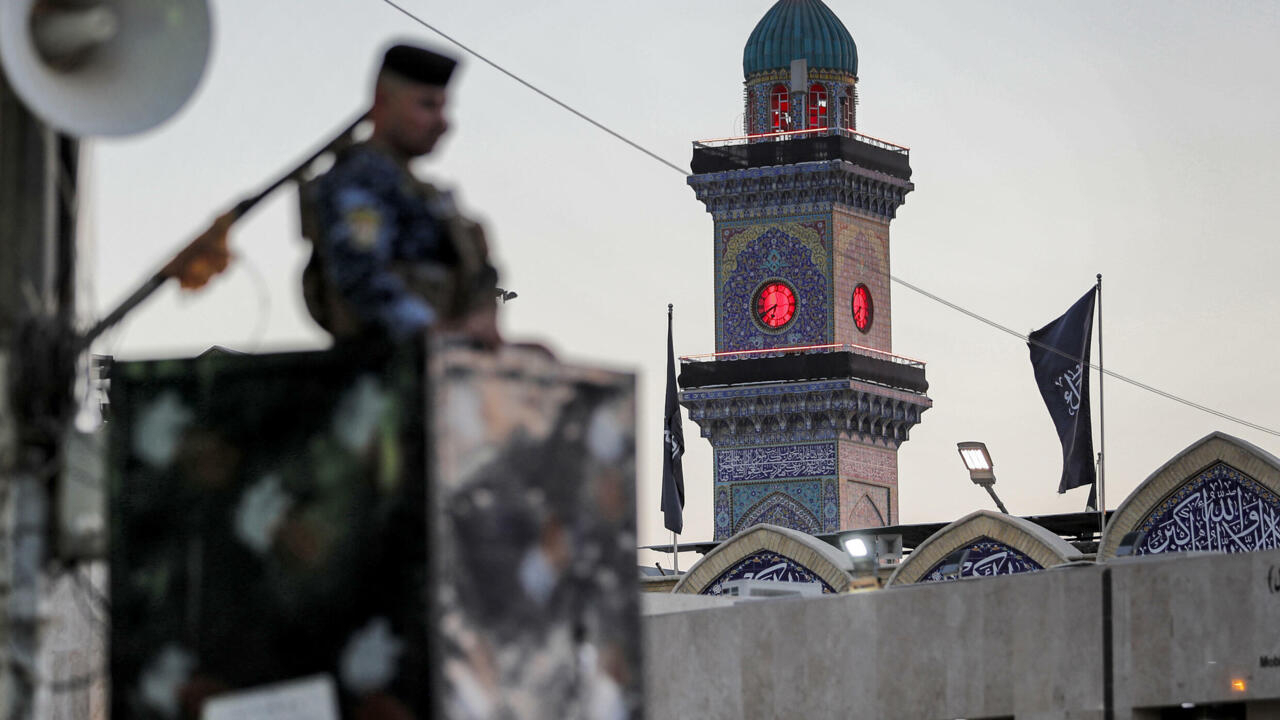 Emmanuel Macron visiting Iraq, "a pivotal country for the stability of the Middle East"

Policeman in Baghdad on August 18.

Emmanuel Macron is making his second visit to Iraq in a year.

The first stop will be in Baghdad for talks with Iraqi leaders but also to participate in a regional summit with Iraq's neighboring countries.

He will then travel to the north of the country, to Mosul and Erbil.

The trip focuses on regional tensions and the fight against armed Islamist groups.

From our special correspondent in Baghdad,

This is the second time that Emmanuel Macron has visited Iraq in the space of a year. “

Iraq is a pivotal country,

for the stability of the Middle East,

” the Elysee is justified. The powerful Iranian neighbor has made it a zone of influence and Turkey is coming to fight the Kurdish separatists there. Armed Islamist groups are still present.

But Baghdad also acts as a mediator between Iran and Saudi Arabia.

And it is this potential that Emmanuel Macron wishes to highlight.

" explains the French presidency, to

The Iranian, Saudi and Turkish leaders, regional rivals, were thus invited to Baghdad.

But the success of this initiative will depend first of all on the level of representation of regional actors at this summit.

The shadow of the failure of the West in Afghanistan will hang over these discussions.

The situation is not the same, but we cannot help thinking of Afghanistan.

We must learn from the various experiences,

In Baghdad, Mosul then Erbil, Emmanuel Macron should ensure the lasting commitment of France in the fight against the Islamic State group.

As in the Sahel, it is about our neighborhood and our national security