Close to completion: Gazprom announced the final stage of construction of Nord Stream 2

Gazprom announced that the Russian gas pipeline Nord Stream 2 is in the final stages of implementation. The progress of the pipeline construction was assessed by the head of Gazprom Alexey Miller and the head of the Austrian OMV Rainer Seele during a personal meeting. In turn, the German media note that the refusal of the Supreme Land Court of Dusseldorf to release Nord Stream 2 from the provisions of the EU Gas Directive will not interfere with the implementation of the project. 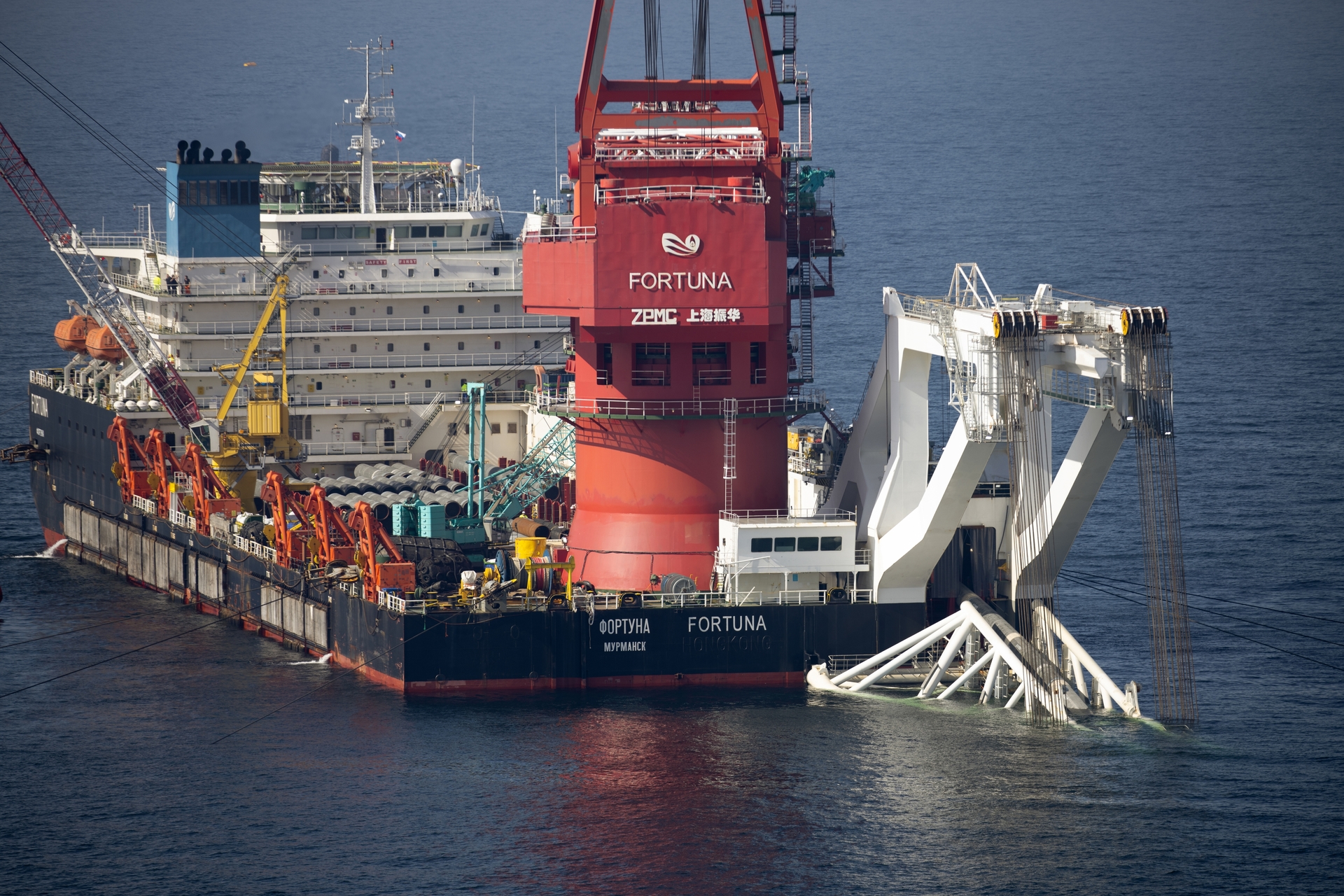 The Nord Stream 2 project is at the final stage of implementation.

This was reported by the press service of Gazprom.

“Special attention was paid to the Nord Stream 2 project, which is in the final stage of implementation,” the company said.

Also noted was a more than 50-year history of reliable Russian gas exports to Austria.

“Alexey Miller thanked Rainer Seele for the fruitful long-term cooperation and constructive unbiased position on the development of European energy,” the statement says.

Nikita Danyuk, Deputy Director of the Institute for Strategic Studies and Forecasts of the RUDN University, member of the Public Chamber of Russia, recalled in a conversation with RT that throughout the construction, restrictive measures were imposed by the United States against the companies that took part in the project.

Nord Stream - 2" will soon be finished, this creates a very important precedent in international relations when the project economic viability, everything is still higher than the geopolitical interests that are trying to cover up their own economic interests and objectives of the Americans " - he stressed.

The Russian side showed consistency and ability to overcome difficulties during the construction of the gas pipeline, said Vladimir Olenchenko, senior researcher at the Center for European Studies, IMEMO RAS, in an interview with RT.

“We have almost done what was required of us.

Of course, the fact that the Russian side has shown consistency and perseverance causes disappointment among economic and commercial competitors, and I think that they will not relax their efforts to hinder the operation of Nord Stream 2, ”he said.

As a reminder, on August 25, the Supreme Land Court of Dusseldorf announced a decision not to exempt Nord Stream 2 from the provisions of the EU Gas Directive.

Thus, the court dismissed the complaint filed by the trunk operator against the earlier decision of the Federal Network Agency (FSA) of Germany.

Nord Stream 2 AG said it took note of the court's decision and will evaluate it.

Recall, according to EU rules, a part of the pipeline entering the territory of the European Union should not belong to the energy producer, but to a third-party company.

Otherwise, the operator must reserve part of the pipeline capacity for third-party companies.

According to the German newspaper Frankfurter Allgemeine Zeitung, the court's decision will not be able to stop the implementation of the project.

“According to the court's decision, the pipeline must comply with EU rules.

There can still be controversy over how to implement this.

But this will not stop Nord Stream 2, ”the author of the TASS publication is quoted as saying.

At the same time, Nord Stream 2 AG in June submitted a preliminary application to the Federal Grid Agency for registration as an independent operator.

Now the department has four months to make a decision.

At the same time, as the newspaper reports, citing statements by local politicians, some FRG officials believe that Gazprom should sell Nord Stream 2 in order to bypass the EU rules.

The material says the pipeline could be sold to another certified operator as a last resort to bypassing the EU Gas Directive.

Stanislav Mitrakhovich, an expert at the National Energy Security Fund, lecturer at the Financial University under the Russian government, in a conversation with RT, expressed the opinion that the article by the Frankfurter Allgemeine Zeitung could be a form of information pressure on Gazprom.

He also recalled that the Russian company had applied for the registration of Nord Stream 2 AG as an independent operator, and urged to wait for a decision on this issue.

“This possibility is provided for by the EU antitrust law and the adopted amendments to the Gas Directive in the summer of 2019.

So we must at least wait for the decision of the German Federal Network Agency on this application.

If it is rejected, we will see what other options are available, ”the specialist said.

Nord Stream 2 is a gas pipeline that runs from Russia to Germany through the Baltic Sea and the exclusive economic zones and territorial waters of Germany, Denmark, Russia, Finland and Sweden.

Several European states, Ukraine, as well as the United States, which are promoting their liquefied natural gas to the EU, are opposed to its construction.

Russia has repeatedly stated that Nord Stream 2 is an exclusively commercial project, in which Europe is primarily interested.

On August 20, during a press conference after meeting with Angela Merkel in Moscow, Russian President Vladimir Putin said that the construction of Nord Stream 2 is nearing completion. He drew attention to the fact that the route of the gas pipeline is 2 thousand km shorter than the alternative route through the territory of Ukraine, and the cost of transporting fuel through it is much lower than through the Ukrainian territory.