Chinanews client, Beijing, August 26 (Reporter Li Jinlei) Is the "996" work system illegal? If the worker refuses to work overtime illegally, can the unit terminate the labor contract?   Recently, the Ministry of Human Resources and Social Security and the Supreme People's Court jointly issued the second batch of typical labor and personnel disputes and provided answers. Data map: a brightly l 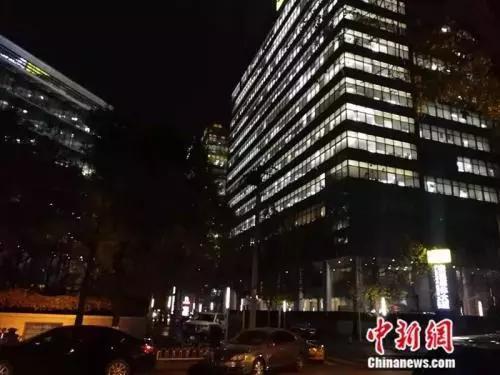 If the worker refuses to work overtime illegally, can the unit terminate the labor contract?

Recently, the Ministry of Human Resources and Social Security and the Supreme People's Court jointly issued the second batch of typical labor and personnel disputes and provided answers.

" and was compensated after the contract was terminated

The company's rules and regulations stipulate that the working hours are from 9 am to 9 pm, 6 days a week.

Two months later, Zhang refused to work overtime on the grounds that his working hours seriously exceeded the upper limit prescribed by the law. A certain courier company terminated the labor contract on the ground that Zhang did not meet the employment conditions during the probation period.

Zhang applied to the Labor and Personnel Dispute Arbitration Committee for arbitration, requesting a ruling on a courier company to pay 8,000 yuan in compensation for illegal termination of the labor contract.

In the end, the arbitration committee ruled that a courier company should pay 8,000 yuan as compensation for Zhang’s illegal termination of the labor contract, and reported the case to the labor security supervision agency. The labor security supervision agency ordered a courier company to correct its rules and regulations in violation of laws and regulations. , Give a warning.

extended under conditions to protect the health of workers working hours per day shall not be more than three hours, but not more than thirty-six hours per month

, "Article 43 states:." the employer shall not violate this provision to extend workers Working hours."

Article 26 of the "Labor Contract Law of the People's Republic of China" stipulates: "The following labor contracts are invalid or partially invalid: ... (3) Violation of the mandatory provisions of laws and administrative regulations."

The case analysis pointed out that in order to ensure the realization of workers’ right to rest, my country’s law clearly stipulates the upper limit of extended working hours.

of "working hours from 9 am to 9 pm, 6 days a week" in the rules and regulations of a certain express company seriously violated the law on extending the upper limit of working hours and should be deemed invalid.

Zhang refused to work overtime illegally, because he was defending his legitimate rights and interests, and he could not be deemed to have failed to meet the employment conditions during the probation period.

Therefore, the arbitration committee ruled that a courier company should pay compensation for Zhang’s illegal termination of the labor contract.

Data map: Office workers lining up for a ride at 5:30 in the morning.

Typical cases point out that while supporting employers to exercise management powers in accordance with the law, the law also clarifies that they must perform their obligations to protect the rights of workers.

The rules and regulations of the employer and the corresponding work arrangements must comply with the provisions of laws and administrative regulations, otherwise it will not only bear the consequences of illegality, but also not conducive to the construction of harmonious and stable labor relations and the promotion of its own healthy development.

Workers enjoy corresponding labor remuneration and rest and vacation rights in accordance with the law, and it is the legal obligation of employers to comply with the national working hour system.

Working overtime can easily lead to labor disputes and affect the harmony of labor relations and social stability.

This time, the two departments jointly released typical cases to the public. On the one hand, it reminds employers of the risks of illegal activities and promotes the regulation of labor according to law; on the other hand, it clarifies the expectations of workers' rights protection and guides workers to protect their rights in a rational way.

How long are your working hours?

What will you do if you are forced to work overtime?