The sauce and vinegar faucet "did not recognize it", Shuanghui Longda still came to grab food, looking for a loss?

Chinanews client, Beijing, August 26 (Zuo Yukun) China is a delicious country. It is reasonable to pronounce the word "good" as three tones or four tones.   Even during the epidemic, everyone was able to transfer the consumption scene of "eating" to home, and successfully led to a substantial increase in the demand for condiment household channels. However, in the post-epidemic era, the condime 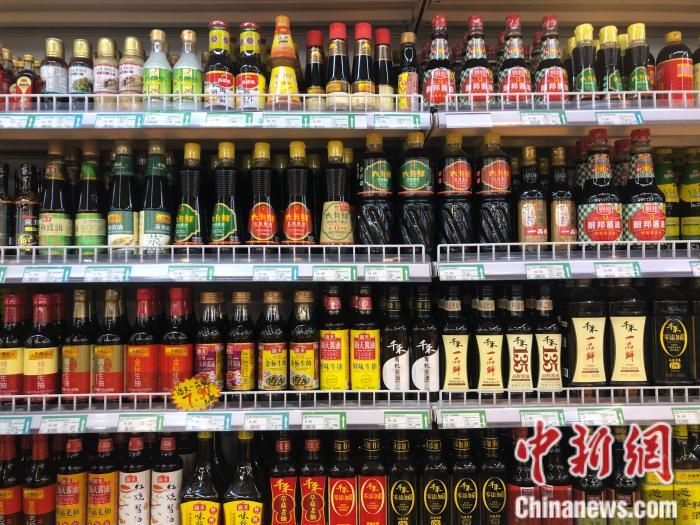 Chinanews client, Beijing, August 26 (Zuo Yukun) China is a delicious country. It is reasonable to pronounce the word "good" as three tones or four tones.

Even during the epidemic, everyone was able to transfer the consumption scene of "eating" to home, and successfully led to a substantial increase in the demand for condiment household channels. However, in the post-epidemic era, the condiment industry is also experiencing growing pains.

Condiments sold in the supermarket.

Hengshun Vinegar Industry was the first to be recognized by the industry as the "exploding performance".

Hengshun balsamic vinegar, which was founded in 1840, is currently the only vinegar listed company. However, the "century-old brand" has encountered big troubles this year.

On August 23, Hengshun Vinegar Industry’s 2021 semi-annual report showed that during the reporting period, revenue was 1.035 billion, an increase of 8.59% year-on-year; the net profit attributable to shareholders of listed companies fell 14.62% year-on-year to only 127 million. The profit level also pulled Hengshun back to 2018.

Hengshun Vinegar Industry explained that the decline in gross profit margin was mainly due to fluctuations in raw material prices.

For Hengshun's "increasing revenue but not profit", some insiders believe that it is also affected by the sudden emergence of community group buying.

Companies have fought price wars in order to compete for the market and business, which impacted the price system of traditional consumer goods and affected their profitability.

The vinegar business is bleak, and the life of soy sauce is not easy.

On August 18, Qianhe Flavour Industry released its semi-annual report, after which the stock ushered in a one-word limit, and it plummeted by 25% in three trading days.

Starting from the highest point of 42.67 yuan in early February, Qianhe Weiye, which was once regarded as the star of hope in the soy sauce industry, had its share price dropped to 18.85 yuan as of the close of the market on August 25, which had been cut in half a year.

Some investors believe that it is an indisputable fact that the price of soybeans and other raw materials for soy sauce products has risen, and the increase in research and development costs is justified. However, Qianhe Weiye's heavy investment in TV advertising has become the main reason for this performance explosion.

In the first half of the year, Qianhe Flavour Industry spent 98 million yuan in advertising on Jiangsu Satellite TV.

Haitian Weiye and Zhongju High-tech, both of which are the "three brothers of soy sauce", have not yet disclosed their semi-annual reports, but they have also suffered severe setbacks since the beginning of this year.

Since the beginning of this year, Zhongju High-tech's stock price has plummeted by more than 50%.

In addition, as of the close on August 25, the total market value of Haitian Flavor Industry was 460.4 billion yuan.

In the same period last year, the market value of Haitian Flavour Industry was 534.8 billion yuan, and it "killed the Quartet" in A-shares-surpassing the home appliance leader Midea Group, the pharmaceutical leader Hengrui Pharmaceuticals, and even the oil giant Sinopec.

Subdivision and upgrade, the track is still optimistic

According to statistics from the China Condiment Association, most of the top 100 condiment companies last year had sales revenue of less than 2 billion yuan, 75% of the companies had sales growth in the range of -20% to 20%, and 32 companies showed negative growth.

But it is precisely this seasoning industry that seems to be entering the cold winter, and new trends have been frequently reported recently.

The most eye-catching thing is the crossover between the two big meat giants.

Longda Meat announced the signing of a strategic cooperation agreement with the Sichuan Hot Pot Association, which will focus on the research and development of Sichuan-style seasonings and Sichuan-style prepared dishes.

At the same time, the baby food brand "Little Deer Lantern" under Three Squirrels has launched a children's soy sauce. In the product introduction, "organic salt reduction" is regarded as a selling point, which is considered to enrich its product line and is expected to bring new profit points. Initiative.

The official announcement of several major brands to enter the condiment industry also implies the trend of the condiment industry. Although a single condiment is already a market with a high degree of brand concentration and a more mature pattern, it is more suitable for product upgrades and shelf innovations based on consumer demand. The "composite condiments" cooked by young people and the subdivision "upgraded condiments" in line with health trends still have room for development.

Condiments that capture subtle taste changes on the tip of the tongue, and want to capture consumers in the 400 billion large market, must have enough "strong strength" and "strong heart."