Desperate son, drop the chain! "AB side" of MINISO 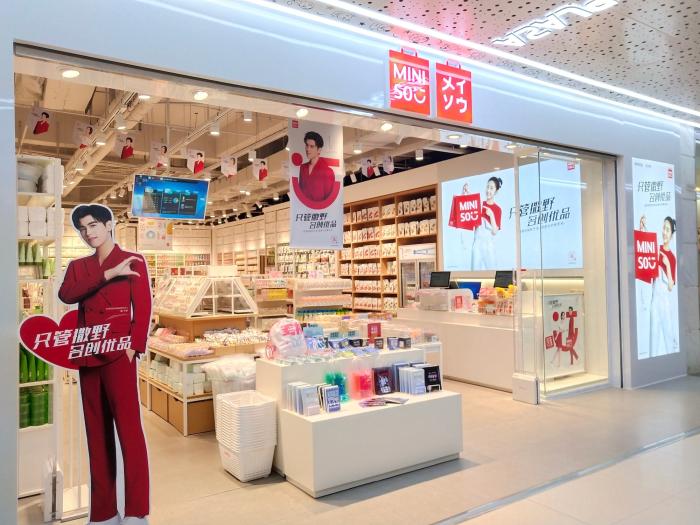 When MINISO, which was swarmed by positive and negative public opinion, was listed on the New York Stock Exchange for one year, it also handed in a report card on the AB side.

An answer sheet "in line with previous expectations"

According to the financial report, the loss of 1.43 billion yuan was mainly due to changes in the fair value of redeemable shares with other priority rights, and a loss of 1.63 billion yuan in the 2021 fiscal year.

After adjustments, MINISO’s net profit in fiscal 2021 was 480 million yuan, a 50% decrease from the previous fiscal year’s 970 million yuan.

At the same time, MINISO’s market value has evaporated by two-thirds compared to its February stock price of US$35.21 and a market value of US$10.774 billion.

Fortunately, in the fourth quarter of fiscal 2021, all indicators of MINISO have increased.

The report shows that MINISO’s total revenue during the quarter was 2.47 billion yuan, an increase of 59% over the same period last year; the net profit after adjustment in accordance with non-international accounting standards was 150 million yuan, a year-on-year increase of 242%.

"The company's revenue and profits have achieved rapid growth this fiscal quarter, and the performance is in line with previous expectations." Ye Guofu, founder and CEO of MINISO, said at the performance exchange meeting.

What did MINISO go through in its first year of ups and downs?

The cottage started, and the cottage is "involved"

In 2013, a store named "MINISO Premium" appeared in major cities.

The celebrity eyebrow pencil for 10 yuan each; the 100ml perfume with the same taste as "Zumalong" for 10 yuan; the "Air pods flat replacement" for 99.9 yuan...

In April 2021, the topic of "MINISO was reported for plagiarism by designers" also triggered a wave of public opinion.

Although the designer quickly stated that he had reached a consensus with MINISO that it was "purely a beautiful misunderstanding", the public opinion on the "cottage" of MINISO on the Internet has not stopped.

The Tianyan Check app shows that MINISO has 70 records of judicial analysis, 77 litigation relations, 59 and 57 lawsuits, including “infringement of design patent rights”, “copyright ownership,” "Infringement disputes" are not a minority.

Despite public opinion, MINISO's simple, easy-to-learn and effective "high-quality and low-price" business model has also led to many "second-degree cottages."

Qianhan Liangpin, Ximei Eslite, Shangyou Fanpin, Yousu Youpin... a MINISO product has become popular, and thousands of "this and that product" have stood up.

From store design, sales categories, merchandise display to brand identity, it is quite similar to MINISO, and the wind of "involution" has also blown into the cottage industry.

Ye Guofu once said that in the retail 3.0 era, creativity and experience have begun to become a new trend in the retail market. If product innovation is only about cost-effectiveness, it will not touch consumers born in the 1990s.

This sentence is like a reflection on the 8-year history of MINISO, and it is also like a prediction of the future development wrapped in an inward volume.

When the simple price-performance ratio is no longer the moat of MINISO, it began to bet on going out to sea and playing in fashion.

However, the epidemic has delayed the progress of his "small goals".

As of June 30, MINISO had only 205 overseas stores resumed operations, which greatly restricted the overall business performance.

"Going out" meets obstacles under the high pressure of the epidemic, but it is much easier to "bring in" overseas IP.

At the moment when IP is the core of the trendy play, the number of IPs and consumers' recognition and loyalty to IP and whether blind box play can continue to satisfy consumers will all have a direct impact on revenue.

Screenshot from the network

Compared with the user training time cost required to launch its own joint name, the joint IP has become the key to MINISO's current diversion.

At the same time, based on the main strategy "X-Strategy" in 2021, MINISO also launched the IP-supported sub-brand TOP TOY in the trendy play category. Currently, the number of stores has reached 33, all located in domestic first- and second-tier cities.

"In fiscal year 2022, we will continue to work on new plans for store network expansion, product innovation, omni-channel experience, and TOP toys. We will continue to pay close attention to the development of the epidemic and continue to adjust business plans." Ye Guofu's future plans have been Very clear.

Where will MINISO’s crazy store openings, a large number of joint names, and cross-border addiction go in the future?