KOSPI collapsed below 3,100 in 4 months... The exchange rate soared

Today, the KOSPI fell below the 3,100 line for the first time in four months. The drop in major U.S. stock indexes has had an impact on the domestic market as well, mainly foreigners selling stocks. 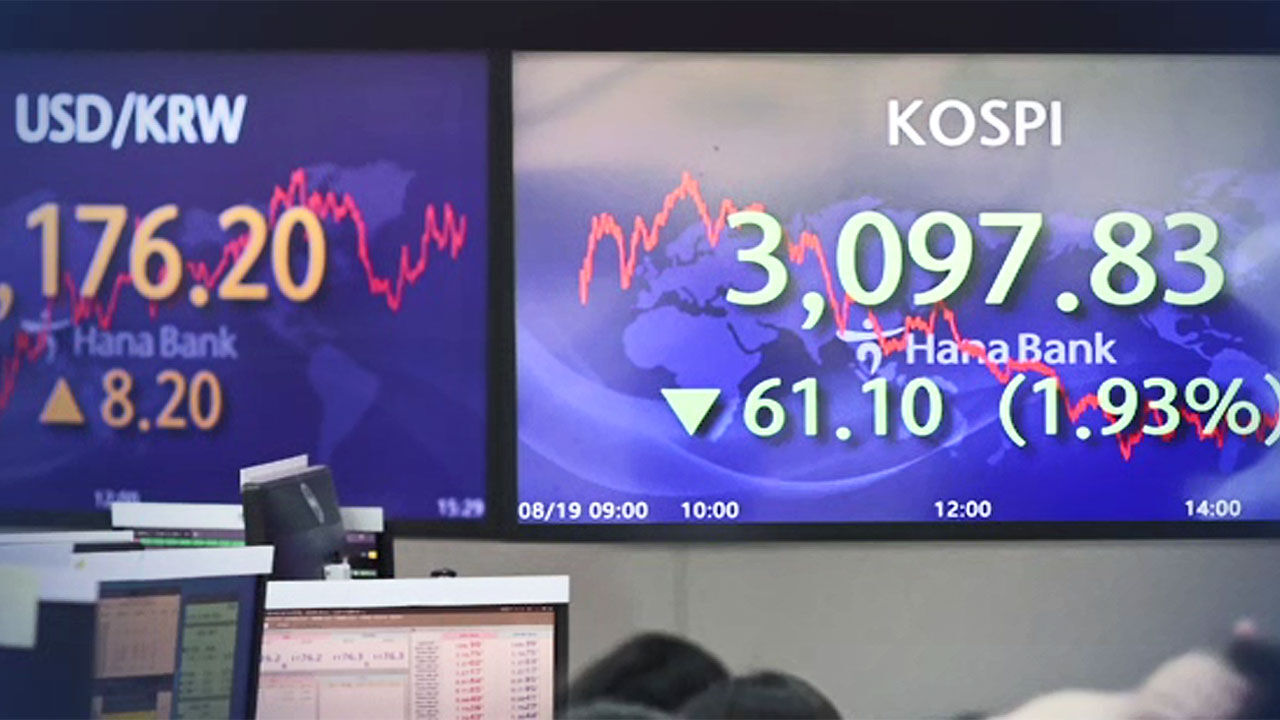 Today (19th), the KOSPI fell below the 3,100 line for the first time in four months. The drop in major U.S. stock indexes has had an impact on the domestic market as well, mainly foreigners selling stocks.

Major U.S. stock indexes plunged as news came out that the US central bank, the Federal Reserve, could taper money later this year by reducing asset purchases.

[Park Gwang-nam/Senior Research Fellow Mirae Asset Securities: (USA) We believe that it is the combined effect of concerns about the economic slowdown and the tapering issue. The KOSPI 3,100 line, which served as a psychological support line, collapsed. I think the investor sentiment has gotten a little worse.] The

won-dollar exchange rate soared by 30 won to close to 1,180 won in a week, also encouraging foreign investors to leave.

This is because when the value of the dollar rises, foreigners who have invested in Korean won in the past will recover their investment in dollars and lose money.

[Seo Jeong-hoon / Research Fellow, Hana Bank Money Market: The desire to recover funds quickly will inevitably increase. In order to prevent foreign exchange losses in advance, it has no choice but to act as a factor of upward pressure on the exchange rate.] In

This is because nearly half of individual investors from January last year until recently bought stocks when the KOSPI index exceeded 3,100.

As the Bank of Korea is scheduled to discuss whether to raise the base rate at the Monetary Policy Committee on the 26th, it is expected to act as another variable in the Korean financial market.