Dubai witnessed a remarkable rise in residential transactions during the second quarter of 2021, according to the latest research and reports conducted by Chestertons International, a global specialist in the real estate services sector, in conjunction with the continued interest in international buyers, which led to an increase in 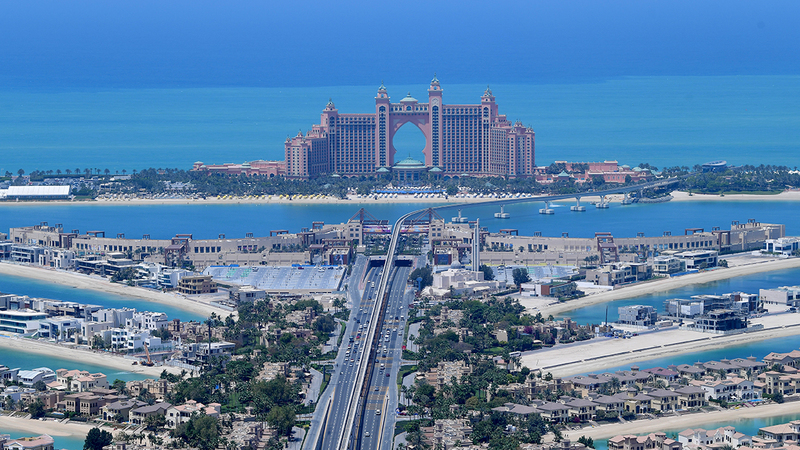 Palm Jumeirah is the only location that witnessed a double digit increase with average prices increasing by 12.4% year-on-year.

Dubai witnessed a remarkable rise in residential transactions during the second quarter of 2021, according to the latest research and reports conducted by Chestertons International, a global specialist in the real estate services sector, in conjunction with continued interest in international buyers, which led to increased sales and accelerated recovery and recovery in the market. .

The report indicated that in the villa sales sector in Dubai, strong end-user demand and continued interest from international buyers supported prices in the second quarter of 2021. As a result, average villa prices increased by 5.7% on a quarterly basis, supporting an increase of 9.1% on an annual basis.

Meanwhile, apartment prices in Dubai witnessed a slight increase, with average values ​​up 0.8% q-o-q, although performance varied by location and prices remained 3.7% below their level in Q2 2020.

The Views recorded the highest quarterly price increase, at 5.3%, with an average price of 1,085 dirhams per square foot, compared to 1,030 dirhams in the previous quarter. and The Greens, a quarterly increase in prices of 3% to reach Dhs765 and Dhs860 per square foot, respectively.

The areas of: Dubai Marina, Motor City, Business Bay and International City also achieved more moderate price increases on a quarterly basis by 2.2%, 1.8%, 1.5% and 0.7%, respectively, while all other locations recorded a quarter decrease. Annually between (-1% to -5.1%) and Dubailand witnessed the largest quarterly decrease by 5.1% to reach 590 dirhams per square foot, followed by the “Discovery Gardens” area by 2.6% to 483 dirhams per square foot.

Palm Jumeirah witnessed the highest increase in villa rents by 3.9% on a quarterly basis, followed by Jumeirah Golf Estates, Victory Heights and The Lakes, which recorded increases of 3.4%, 3.1% and 3%, respectively. All other sites have quarterly increases that ranged between 1.6% and 2.3%.

Meanwhile, average apartment rents in Dubai recorded a slight decrease during the second quarter, coinciding with continued tenant preference for villas coupled with prolonged oversupply, which led to a decrease in pressure across secondary locations. 8.7% from its level in the second quarter of 2020.

However, Downtown Dubai recorded a slight increase in average rents by 1.7% on a quarterly basis, followed by Dubai Marina (Dubai Marina) with 1.5% and Jumeirah Lakes Towers with 1.1%.

The Dubai International Financial Center recorded the highest quarterly decline at 3.4%, followed by "Discovery Gardens" at 2.8%.

And both: Dubai Silicon Oasis and Dubai Land recorded a decrease of 2.5% on a quarterly basis.

Chris Hobden, head of strategic consulting at Chestertons Middle East and North Africa, said: “With residential transactions approaching record levels, increasing international interest has played a major role in this, in conjunction with the success of Dubai’s handling of the (Covid-19) pandemic to support demand after the closure. From the buyers derived from the launch of new visas, the quality of life in the emirate and the relatively attractive prices.”

"We have seen a clear improvement in the real estate market among UAE residents this year, coupled with the desire to buy ahead of the expected price increases, along with favorable mortgage rates and generous developer incentives, and this is what stimulates sales," Hobden added.

He continued, "The rise in villa rental prices is primarily due to tenants' continued interest in land ownership, as real estate agents reported that there has been a noticeable increase in inquiries about villas since the easing of social distancing restrictions last year."

"We expect villa rents to outperform the upper average residential over the coming months, as work-from-home policies continue across the private sector, even if on a part-time basis," Hobden said.

He added, "While we expect apartment rents to face continued pressure in the medium term, the clear interest in the remote work visa for the UAE, along with the recovery of the economy and the acceleration of the recovery should work to support demand."