Football, an image and influence issue for the Gulf countries

The arrival of Lionel Messi at Paris Saint-Germain is also a new stroke of brilliance from Qatar. The owner of the Parisian club, like other Gulf States, relies heavily on sport and in particular… 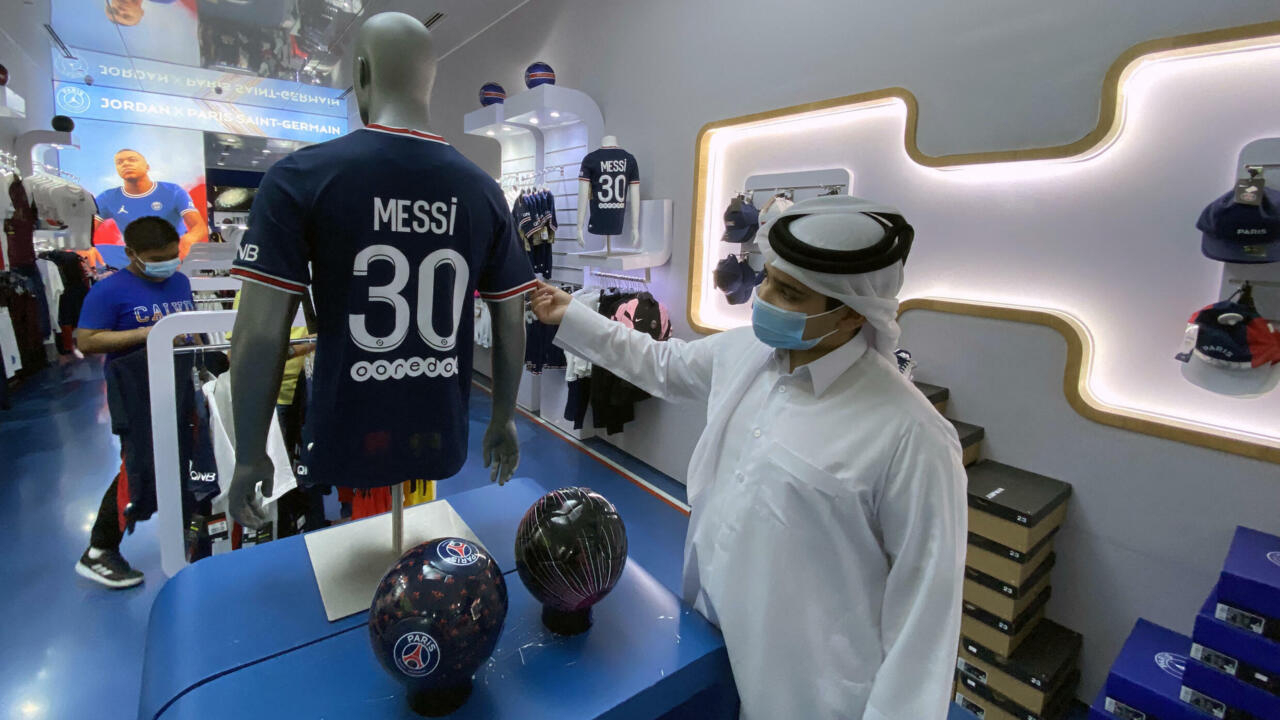 Football, an image and influence issue for the Gulf countries

The new PSG jersey flocked with the number 30 of Leo Messi, at the store of the Parisian football club, on August 11, 2021 in Paris.

The arrival of Lionel Messi at Paris Saint-Germain is also a new stroke of brilliance from Qatar.

The owner of the Parisian club, like other Gulf States, relies heavily on sport and especially football.

Because the oil and gas that made their fortune are not inexhaustible and because their international influence is also played on the sports fields, several Gulf monarchies have invested heavily in football in recent years. The United Arab Emirates own English club Manchester City and the names of UAE airlines are displayed on AC Milan or Real Madrid shirts. Recently, Saudi Arabia narrowly missed the takeover of Newcastle and they would now covet Olympique Marseille. When in Qatar, he has owned Paris Saint-Germain for ten years and spends without counting to offer him stars of the stature of Neymar and Messi. And it is in Qatar that the 2022 FIFA World Cup will take place.

A small emirate in the Arabian Peninsula, Qatar owes its wealth to natural gas.

Emir Tamim, like his father before him, shaped the image of a country active on the international scene, multiplying mediation efforts and broadcasting his vision of the world on his television channel Al Jazeera.

With PSG reinforced by Messi and the organization of the 2022 World Cup, Qatar can present itself as a key player in world football.

Sports diplomacy has become a real tool of power in the same way as the economy, demography, technology or military power.

Listen to the interview with Carole Gomez, research director at the Institute of International and Strategic Relations (Iris)

For the United Arab Emirates, too, football is part of a strategy of influence and diversification.

Even if it means experiencing a few hiccups, when the Emirates and Israel announced the historic normalization of their relations in 2021. In the process, an Emirati investor announced the takeover of 50% of Beitar Jerusalem.

The project caused a stir, in particular because of the anti-Arab racism displayed by some of the supporters of the Israeli club.

For the Gulf monarchies, the image issue is sometimes synonymous with rivalry.

In recent years, an unprecedented crisis has pitted Qatar against several of its neighbors, including Saudi Arabia and the United Arab Emirates.

Since then, the tension has partly subsided.

But in building their

each of these countries still dreams of scoring goals against their neighbors.

Qatar and the United Arab Emirates are preparing to play a delicate match against the backdrop of a pandemic, by organizing two international meetings one year apart: the Dubai World Expo starting next October, then the Qatar Football World Cup in the fall of 2022.

To listen: Lionel Messi at PSG: "There will be a considerable return on investment"

Lionel Messi at PSG: "There will be a considerable return on investment"

Qatar: Al Wakrah, the first stadium of the 2022 World Cup has just been inaugurated

The “Abraham Agreements”: A Turning Point for the Middle East?