According to Deputy Prime Minister Alexander Novak, the authorities are considering the option of limiting the export of gasoline from the country. Moreover, the deputy head of the government proposed to temporarily ban the sale of fuel by traders to curb the rise in prices in the wholesale. According to experts, now fuel consumption in Russia is growing steadily against the backdrop of the tourist season. In these conditions, additional measures on the part of the state will help to reduce the cost of gasoline at gas stations, experts say. 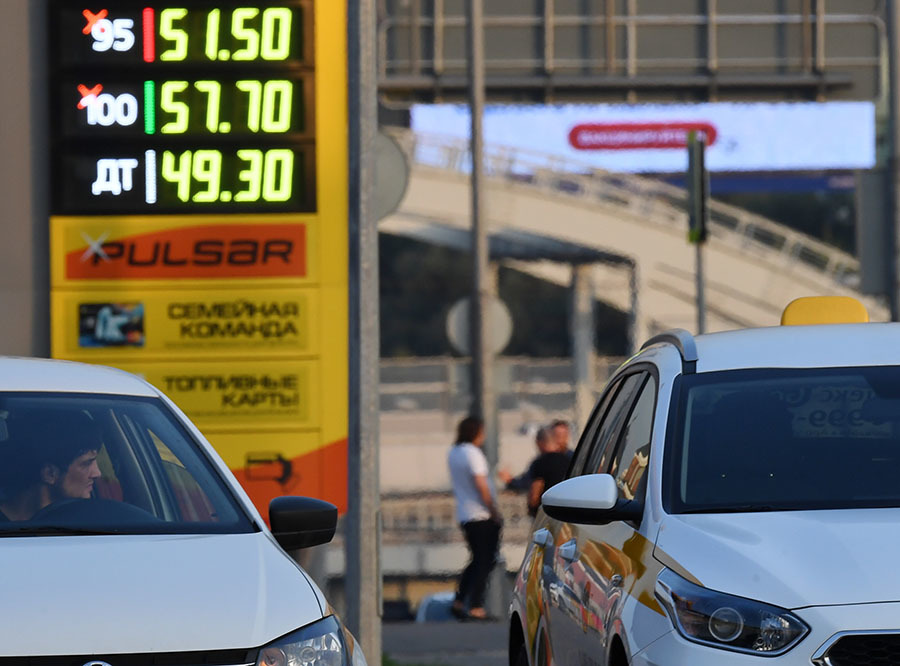 The government retains the opportunity to introduce a temporary ban on the supply of energy raw materials abroad as one of the measures to contain fuel prices.

This was announced on Tuesday, August 10, by Deputy Prime Minister Alexander Novak.

“I draw your attention to the fact that more drastic measures, such as a ban on the export of petroleum products, remain on the agenda and can be applied at any time if the situation worsens,” Novak said.

As the deputy head of the Cabinet of Ministers noted, the authorities are closely monitoring the dynamics of exchange quotations and, based on the results of monitoring, make operational decisions.

Thus, the government has already raised the standard for the sale of motor fuel from 11% to 12% for oil companies.

“I also consider it expedient to take measures to adjust exchange trading.

In particular, we can talk about a temporary ban on the sale of fuel by non-producers, a ban on the purchase of fuel by persons affiliated with vertically integrated oil companies and limiting the maximum growth within the trading session, "added Novak.

According to analysts, such steps will quickly increase the volume of fuel reserves.

In turn, the high level of reserves should reduce the burden on fuel producers in the high season and slow down the rise in gasoline prices, said Mark Goikhman, chief analyst of TeleTrade Group.

In July, prices for the most popular brands of gasoline AI-92 and AI-95 renewed their historic highs.

This is evidenced by data on the St. Petersburg International Commodity Exchange.

The rise in fuel prices was largely due to the increased demand for fuel against the backdrop of the beginning of the tourist season.

This opinion was expressed in a conversation with RT by a senior analyst at Esperio, Jan Karol.

“During this period, the demand for gasoline both in Russia and in the world is traditionally high, because it is supported by the tourist season.

Moreover, in 2021, the summer surge in raw materials consumption was exacerbated by a shift in focus to automotive tourism, ”Karol emphasized.

In addition, the rise in world prices for energy raw materials led to a rise in the price of gasoline in the country, said Alexey Korenev, an analyst at the Finam Group of Companies.

Under these conditions, it became more profitable for oil companies to supply their products abroad, which provoked a shortage of fuel in the domestic market.

“Now we are seeing a noticeable decline in oil prices: oil fluctuates around $ 69 per barrel, which is 10% lower than in July.

This factor should have a positive impact on the cost of fuel in the near future.

The action of the damping mechanism also helps to restrain the rise in fuel prices, ”the expert added.

Note that after a sharp rise in fuel prices in 2018, the Russian government entered into an agreement with oil companies to freeze wholesale prices.

However, it was not profitable for traders to supply fuel to the Russian market at a fixed cost.

Against this background, from January 1, 2019, the authorities launched a damping mechanism.

Under its terms, the state began to reimburse oil companies for lost revenues when selling fuel on the domestic market.

At higher prices on the domestic market, companies, on the other hand, transfer part of their profits to the treasury.

This approach avoids sharp jumps in the cost of fuel for consumers.

Due to the action of the damper, from 2019 to 2020, the rate of rise in the price of gasoline at Russian gas stations slowed down several times.

At the same time, since May 1, 2021, the authorities have made additional adjustments to the formula of the mechanism for containing prices at gas stations.

In these conditions, experts interviewed by RT do not expect sharp jumps in the cost of gasoline at gas stations.

According to Mark Goikhman, the measures taken by the government should ensure stability in the domestic market.

“In addition, in the near future, the demand for automotive fuel will also begin to decline.

So, by September, the automotive season will come to an end.

The harvest will be completed in a few months, ”the analyst emphasized.

According to Jan Karol's estimates, by the end of summer, average retail prices for Ai-92 and Ai-95 may rise to 45.9 and 50.9 rubles per liter, respectively.

Thus, the annual increase in the indicator will not exceed the inflation rate, the expert concluded.