Purchase restrictions are issued in both places! The property market was regulated more than 300 times during the year

Sino-Singapore Jingwei Client, August 6th (Dong Xiangyi) Two cities are over-regulated! On the 5th, Beijing and Hangzhou restricted the purchase of "double guns". Among them, the number of houses in Beijing's original families exceeded the purchase limit, and they were not allowed to buy houses within 3 years of divorce. According to data from the Centaline Real Estate Research Center, in the fi 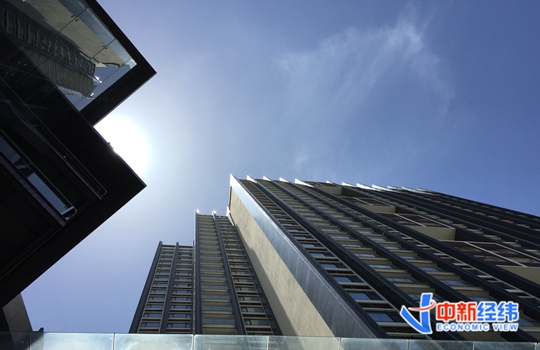 On the 5th, Beijing and Hangzhou restricted the purchase of "double guns". Among them, the number of houses in Beijing's original families exceeded the purchase limit, and they were not allowed to buy houses within 3 years of divorce.

According to data from the Centaline Real Estate Research Center, in the first July of this year, the country's real estate regulation was as high as 352 times (336 times in the same period last year), with an average of 50 times a month.

Industry insiders pointed out that the real estate market’s cooling probability increased in the second half of the year, especially in key first- and second-tier cities and overheated third- and fourth-tier cities.

Purchase restrictions are issued in both places!

The Beijing Municipal Commission of Housing and Urban-rural Development issued an announcement stating that since August 5, if the couple divorced, and the number of housing units owned by the original family before the divorce does not meet the city’s commercial housing purchase restrictions, neither party shall be allowed within 3 years from the date of divorce. Purchase commercial housing in this city.

For related families, the act of defrauding the qualification of buying a house through divorce has been difficult to get through, blocking the behavior of real estate speculation in disguise through false divorce.

He said that among the four first-tier cities, Beijing's real estate policy control is relatively small, but given that the other three cities have introduced intensive policies, Beijing will also make a statement.

On the same day, Hangzhou issued a notice stating that in terms of strengthening housing purchase restrictions, households who have settled in Hangzhou for less than five years and have paid social security for two consecutive years can purchase a house.

Non-Hangzhou households who have paid urban social security or personal income tax for 4 consecutive years from the 4 years before the purchase date can buy a house.

According to Yan Yuejin's analysis, two changes can be seen in Hangzhou's regulatory policies. First, those who have no actual social security accounts with empty accounts in the past will face purchase restrictions.

Second, in the past, it took 2 years to pay social security for foreign household registration, but now it takes 4 years.

The upgrade of Hangzhou's housing purchase policy further reflects the characteristics of the current regulation, that is, plugging the loopholes in the policy and continuing to be strict in the direction.

There are four reasons behind it. First, the current speculative demand for investment in Hangzhou is rising rapidly, and the proportion of demand for speculative real estate is higher than the proportion of demand for self-purchasing houses; second, the housing prices in Hangzhou are rising very fast; third, Hangzhou’s The land market is very hot, land transfer fees are among the best in the country, and land prices are rising very fast; fourth, it is directly related to the overall imbalance of supply and demand in Hangzhou and the rapid population growth, especially the rapid influx of new settlers and foreign populations.

It is worth noting that since the eight departments issued a document to rectify the real estate market order in late July, in addition to Hangzhou, many places have increased their regulatory policies, and have targeted the school district housing speculation, new house lottery sales, and intermediary rectification, and the pace of regulation has accelerated.

On July 26, the Jinan Housing and Urban-rural Construction Bureau issued a notice stating that it strictly regulates the recognition and financing of newly-built commercial housing. If the pre-sale license of commercial housing is not obtained, development companies and underwriters shall not collect or disguisely collect intent money, sincerity money, subscription money and other reservations. Money.

After the review is passed, a "room ticket" is obtained, ushering in the era of "buying a house with the room ticket".

On August 2, Zhejiang Jinhua issued a notice, including the three-year sales restriction, the implementation of notarized lottery sales, and the opening of second-hand housing price restrictions.

Prior to this, on July 29, Vice Minister Ni Hong of the Ministry of Housing and Urban-Rural Development interviewed responsible comrades in the five cities of Yinchuan, Xuzhou, Jinhua, Quanzhou, and Huizhou, and asked to insist on the positioning of houses for living, not for speculation, and to implement them effectively. The main responsibility of the city is to increase regulation and supervision.

Over 300 adjustments during the year, which may force house prices to fall

Statistics from Centaline Real Estate Research Center show that from January to July 2021, there were as many as 352 real estate adjustments across the country, compared with 336 in the same period in 2020.

From a single month point of view, the real estate control policy blowout in July, with 66 top-down intensive control policies, setting a new record for the year.

"Since 2021, real estate regulation has continued to be fully upgraded. Compared with last year, the intensity of tightening regulation has continued to increase." Zhang Dawei, chief analyst of Centaline Real Estate, pointed out to the Sino-Singapore Jingwei client that the core feature of the national real estate regulation policy from January to July is tightening. , Including interviews with the Ministry of Housing and Urban-Rural Development, rectification of intermediaries, restrictions on second-hand housing pricing, strict inspections of operating loans, land supply, encouragement of leasing, and cracking down on school district housing speculation.

Zhang Dawei further pointed out that since 2021, the real estate market regulation method, intensity and detail have been significantly upgraded, the regulation "toolbox" has been continuously enriched, the central real estate regulation plan has been intensively introduced, the prudent management of real estate finance has been strengthened, and the multi-subject housing system has been established. , Hot-spot cities centralized land supply mechanism, and establish a linkage mechanism of "people, housing, land, and money".

Second, the "granularity" of control has been significantly enhanced, that is, continuous refinement, continuous discovery of various methods of drilling policy loopholes, and comprehensive control.

"Affected by this, the probability of cooling in the real estate market in the second half of the year will increase, especially in key first- and second-tier cities and overheated third- and fourth-tier cities," said Yan Yuejin.

The Zhuge Housing Search Data Research Center told the Sino-Singapore Jingwei client that recently, various localities have successively implemented policy adjustments, and the control methods, intensity and density have been significantly upgraded, which has a good market-oriented effect.

It is helpful to crack down on illegal behaviors such as speculation and real estate speculation, and is expected to have a short-term cooling effect on the next market; at the same time, there is an internal system optimization in the regulation and control of some cities, which reflects the policy tendency to give priority to guaranteeing rigid demand and guaranteeing housing for talents. To a certain extent, solve the problem of "difficulty buying a house" for most people.

In terms of the impact on housing prices, Yan Yuejin said that regulation and control will affect housing prices from the perspective of market expectations and supply and demand, and thus force housing prices to fall.

From the perspective of expectations, all kinds of adjustments will make real estate companies and landlords adjust their mentality, and related projects are naturally prone to price cuts.

From the perspective of supply and demand, supply will increase and demand will decrease, which will also force housing prices to continue to fall.