The Israeli air force admitted to having carried out Thursday, August 5 its first air raids for years in Lebanon, against rocket launch sites, after rocket fire from Liba ... 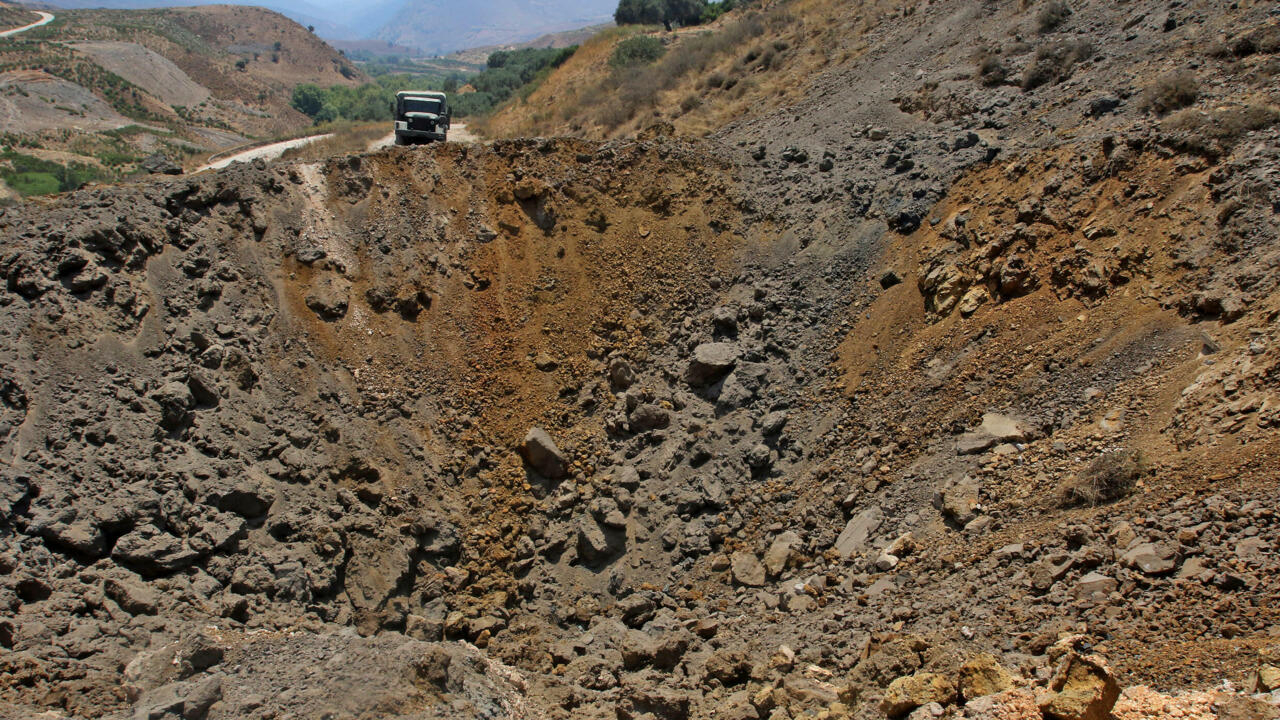 A Lebanese army truck is pictured on August 5, 2021, next to a crater caused by an explosion on the border with Israel at Mahmoudiye Farms on the Khardali River in southern Lebanon, which was targeted at night last by Israeli strikes overnight.

The Israeli air force admitted to having carried out Thursday, August 5 its first air raids for years in Lebanon, against rocket launching sites, after rocket fire from South Lebanon.

According to the President of the Republic, Michel Aoun, this attack "

suggests an Israeli intention to intensify the attacks

The entry into action of the Israeli air force in the south is indeed an unprecedented development.

It is the first time since

that planes struck by the Star of David have carried out raids in this region of the country.

Tensions have risen in recent weeks in southern Lebanon after years of calm.

The circles close to Hezbollah do not hide their concern.

They suspect Israel of wanting to change the rules of engagement tacitly concluded between the two enemies.

Rules which stipulate a suspension of cross-border hostilities.

Israel claims the first airstrikes in years in Lebanon

The State of Israel also has its reasons for concern.

The unclaimed firing of three rockets into northern Galilee on Wednesday August 4 was the second such incident in less than a month.

On July 20, two projectiles had fired from southern Lebanon and this shot had been interpreted as a response to the intensification of Israeli air raids against positions of Iran's allies in Syria.

The proliferation of these incidents gives rise to fears of the reuse of southern Lebanon as a sounding board in the arm wrestling between Iran and Israel on the scale of the region.