Vigorous dynamics: the export of Russian tea can grow by almost one and a half times by 2030

Over the next ten years, Russia can increase its tea exports by almost one and a half times. According to analysts, now the key consumers of the Russian product are the CIS countries, but in the future exporters can expand supplies by entering other trading platforms, including China. At the same time, an increase in sales abroad will also occur due to an increase in production volumes within the country, analysts say. How prices for tea in Russia can change in this situation - in the RT material. 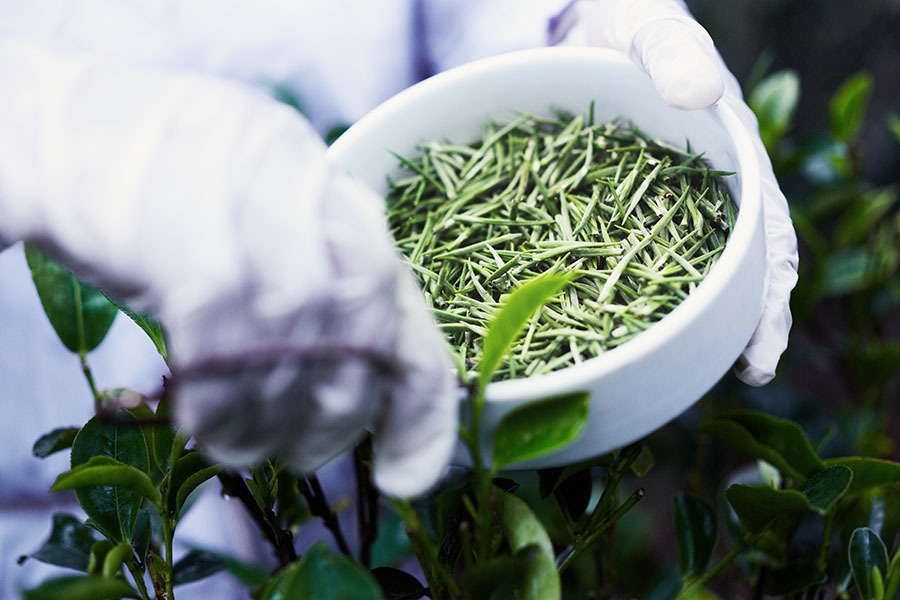 Over the next ten years, Russia can increase the supply of tea abroad by almost one and a half times.

Such a forecast on Tuesday, August 3, was published by specialists of the federal center "Agroexport" under the Ministry of Agriculture of Russia.

"By 2030, the export of Russian tea to foreign sites may grow by 45.6% and amount to $ 160 million," the organization's representatives said to RT.

According to experts, over the past five years, domestic manufacturers have been systematically increasing the supply of the product to foreign markets.

So, back in 2016, export revenue in the industry was at the level of $ 76.3 million, and at the end of last year, the figure increased by almost 40% and amounted to $ 105.4 million, which allowed the country to enter the top 11 largest tea exporters.

Traditionally, the key consumers of Russian tea are Belarus, Kazakhstan, Ukraine and Kyrgyzstan.

Pyotr Pushkaryov, chief analyst of TeleTrade Group, told about this in an interview with RT.

“Also, small sales of goods are carried out in Israel, Qatar and Latvia.

Moreover, in recent years, some types of Russian tea in European stores of organic products are gaining serious popularity.

The amount of each contract for such supplies is tens of millions of rubles, ”the expert noted.

In the first five months of this year, the volume of tea sales abroad increased by 6% in volume and by 5.1% in monetary terms compared to the same period in 2020 and amounted to 8.8 thousand tons ($ 45.4 million), testify data from the Federal Customs Service of Russia (FCS).

First of all, we are talking about willow tea and herbal preparations, says Ramaz Chanturia, general director of the Rosteaicofe association.

According to him, the demand for tea leaves from the Krasnodar Territory, which is considered the most northern type of tea in the world, is now growing noticeably.

“The market is constantly in need of renewal, and Russian producers can offer unique varieties that will sell well on foreign sites.

For example, the Chinese can become the main buyers of Krasnodar tea.

China is the largest consumer of tea in the world, and the people of the country love various and previously unknown sorts of drink, "the interlocutor of RT emphasized.

In addition, tea exports are growing due to changes in global supply chains.

This opinion was expressed in an interview with RT by the analyst of Freedom Finance Group Yevgeny Mironyuk.

According to him, for a long time Russia, as a large consumer of the drink, received goods from India, Sri Lanka, Indonesia and sold them on its territory, which contributed to the establishment of relations with producers.

“Now the country is gradually becoming a transport hub.

At the same time, Russian suppliers have extensive transport and logistics capabilities and technological capacities for the production and repackaging of goods.

This makes us competitive players in the industry, ”the expert noted.

According to Agroexport, since 2016 the level of tea self-sufficiency in Russia has grown by more than 7% and by the end of 2020 amounted to about 42.1%.

At the same time, consumption of the drink among citizens increased by 8% compared to 2019 and reached 261.9 thousand tons.

This trend is partly due to the increase in production capacity.

According to Peter Pushkarev, the majority of large companies are concentrated in the Krasnodar Territory, which account for the bulk of the tea production in the country.

In addition, tea plantations are located in the Stavropol Territory, the Caucasus and the Urals, Anna Bodrova, a senior analyst at the Alpari information and analytical center, told RT.

According to experts, an increase in the volume of domestic production may have a positive effect on the cost of tea on Russian counters.

According to Rosstat data, since the beginning of the year its retail value across the country has increased by 3%.

Meanwhile, the rate of growth in tea prices remains significantly below the annual inflation rate (6.5%).

“The mass of the end products made from tea leaves is both tea bags, which are quite inexpensive to produce, and tea blends, in which the share of the tea leaf itself is minimal.

In the category of such goods, prices will remain at the same level, despite the growth of production capacity in the country.

At the same time, the retail price for pure tea varieties may stop growing as fast as it was before, ”- said Bodrova.

Market participants do not expect a sharp rise in the price of tea in retail either.

According to Ramaz Chanturia, currently about 95% of all imported tea products are packaged in Russia, which makes the product quite affordable.

“Packing takes place mainly on the territory of the Leningrad and Moscow regions, which makes the logistics chains convenient and economical.

Moreover, the decrease in the cost of the product is also influenced by the growth of export volumes and the increase in production rates within the country, ”the expert concluded.