The United Kingdom decides this week whether to quarantine Spain again

The United Kingdom puts Spain back in focus. The Boris Johnson Government is considering creating a "watch list" for countries that are currently in the amber zone ... 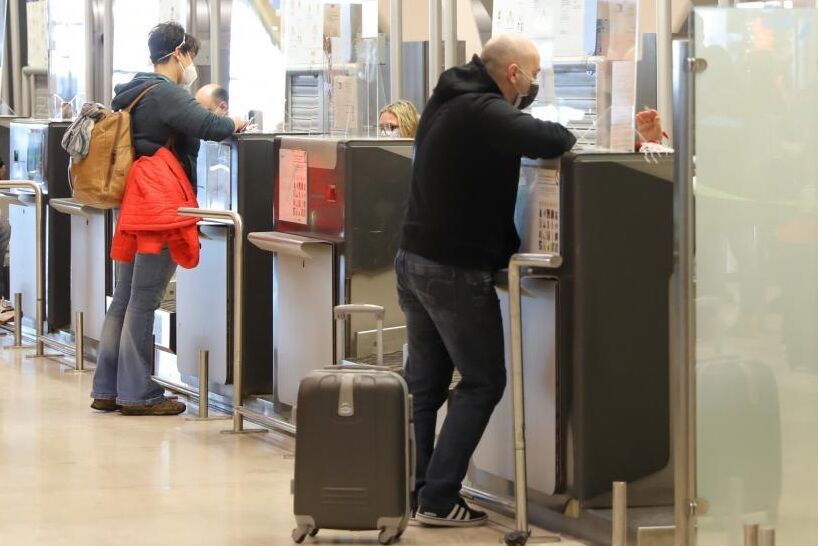 puts Spain back in focus.

The Government of Boris Johnson is studying the creation of a "watch list" for countries that are currently in the amber risk zone for Covid but that have a high incidence of Beta or Delta variants and, therefore, are at risk of going red ( as is currently the case with France, for example).

criticism of the Boris Johnson government

for the confusion it creates with the changes. constant in its controversial traffic light system.

, forcing thousands of Britons to have to interrupt their holidays and return to the country in a rush to avoid quarantine.

Transport Secretary Grant Shapps, who last year had to cancel his vacation in Spain on the spot, confirmed that the next review of the list will be done later this week.

It is estimated that

one million British tourists are currently in Spain,

hoping that they can evade the quarantine on their return if they are vaccinated with a double pattern, as allowed since July 19.

If our country is added to the "watch list" for countries in amber, tourists would again be obliged to 10 days of self-isolation (Greece could also appear on the list).

Something similar to what happened with Portugal could happen.

also run the risk of ending up appearing on the red list with even more draconian measures such as strict isolation in hotels on arrival in the UK (and the payment of 2,000 euros per stay).

"Vaccinated passengers should in any case undergo an antigen test and be able to bypass PCRs upon arrival in the UK."

"We do not want more chaos, nor more confusion

What we need is more openness and more transparency.

We want the data that justifies those decisions to be published.

The swings of the Johnson Government have provoked internal criticism such as that made by the Secretary of the Treasury Rishi Sunak, who

and the airline industry.

For now, the Government of Boris Johnson has already authorized travelers who have been vaccinated with the full schedule in countries of the European Union and the United States (that is, outside the United Kingdom) to avoid isolation for 10 days upon arrival to the country.

Of course, they will have to show a negative CRP upon arrival and undergo a new test on the second day.

Since July 19, it had already eliminated the quarantine for British people who had been vaccinated in the United Kingdom and returned from one of the countries on the amber list.

Now it also exempts from quarantine those who have been immunized outside the national territory.

The change in the rules for travelers from countries on the amber list, which came into effect at four in the morning on Monday (an hour later in Spain),

shot up to 300% travel bookings of origin or destination To united states.

TourismSpanish tourism, again in the focus of Europe due to the fifth wave