Crisis in Lebanon: from the "French initiative" to sanctions

One year after the explosion of the port of Beirut, France is organizing a new international aid conference on Wednesday intended for the Lebanese population. At the same time, Paris and its partners… 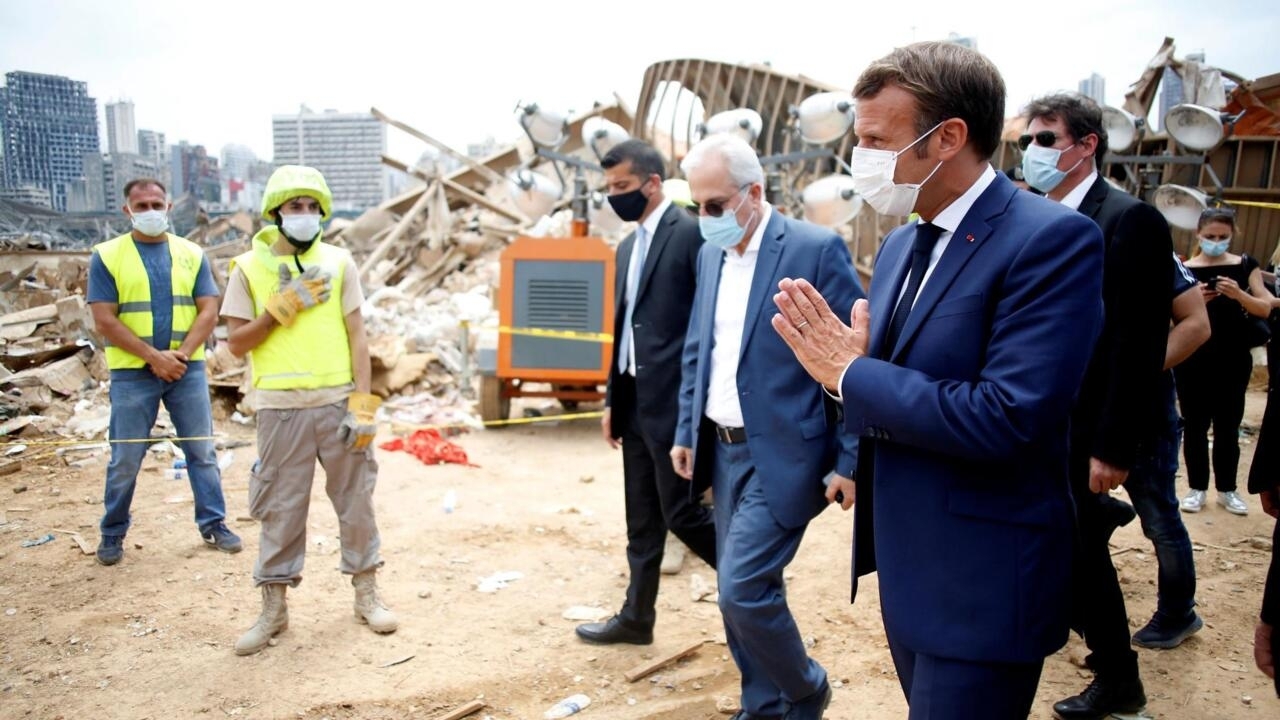 Crisis in Lebanon: from the “French initiative” to sanctions

One year after the explosion of the port of Beirut, France is organizing a new international aid conference on Wednesday intended for the Lebanese population.

At the same time, Paris and its European partners are stepping up pressure on the Lebanese leaders to end the political deadlock.

surveying the devastated neighborhoods of Beirut on August 6, 2020 two days after the terrible explosion in the port, the French president returned to the land of the Cedar a few weeks later to urge Lebanese officials to agree on a government and on essential economic reforms… The Lebanese have not forgotten these images, whether or not they believed in this “French initiative”.

For lack of result, France had to resolve to change method. Of course, Paris remains mobilized by organizing an International Conference to help the Lebanese population this Wednesday (the

since the explosion of the port of Beirut). Bringing together some forty states and international organizations, it aims to raise emergency funds to help the Lebanese population, to the tune of 350 million dollars.

came up against a political class which has no empathy towards its own people,

" said Samy Gemayel, who heads the Kataeb, an old Christian formation but which now presents itself as outside the system. . "

From the first meeting with President Macron, I told him: you will not achieve anything with these people

", continues Samy Gemayel who slams politicians who have "

no will to do anything that would be right. against their interests

In October 2019, an unprecedented

massively scolded Lebanon's politico-confessional system and its leaders, considered corrupt and unable to cope with the violent economic crisis that is undermining the country.

France has changed its approach

In recent months, France has changed its approach and is now

putting pressure on the

who, according to it, are "

" the formation of a government and reforms.

A few weeks ago, Paris announced that it had taken

in the form of a ban on entering French territory.

The French diplomats informed me that there was a list

But so far no name has been released, I am unable to tell you if it is threats or measures that have led to execution.

“, Explains this close to Michel Aoun.

According to our information, Lebanese political leaders of all stripes are on this secret list of people targeted by

. Paris is also on the front line to have sanctions adopted at European level. The legal framework was set a few days ago but it will take the unanimity of the 27 members of the European Union for sanctions targeting Lebanese officials to become a reality. That said, the message is clear: international pressure is increasing on a political class seen as largely responsible for the economic suffocation of its own population, between collapsing currency, inflation, power cuts and drug shortages.

Before you thought of the future, now you think of the next day.

Are you going to be able to feed your family?

And even are we going to let you live in this country?

Report from Beirut: the population plagued by inflation and shortages

In July, a new prime minister was appointed in Lebanon.

belongs to the traditional political class and is a billionaire, which is experienced as an additional humiliation by many Lebanese whose daily life has become a

. Its task is to form a government, to replace that of Hassan Diab, who resigned since the explosion of the port in August 2020. And without a government, Lebanon is not in a position to undertake any reform. At stake in particular, the structural aid of 11 billion dollars that international donors have promised since 2018, it still remains conditional on the reforms requested from the Lebanese leaders.

To read also: Explosion of the port of Beirut: "Lebanese officials knew there was a risk"