The National Institute of Civil Aeronautics (INAC) of Venezuela announced this Friday that it will initiate an investigation that may lead to sanctions against the airline Plus Ultra for ... 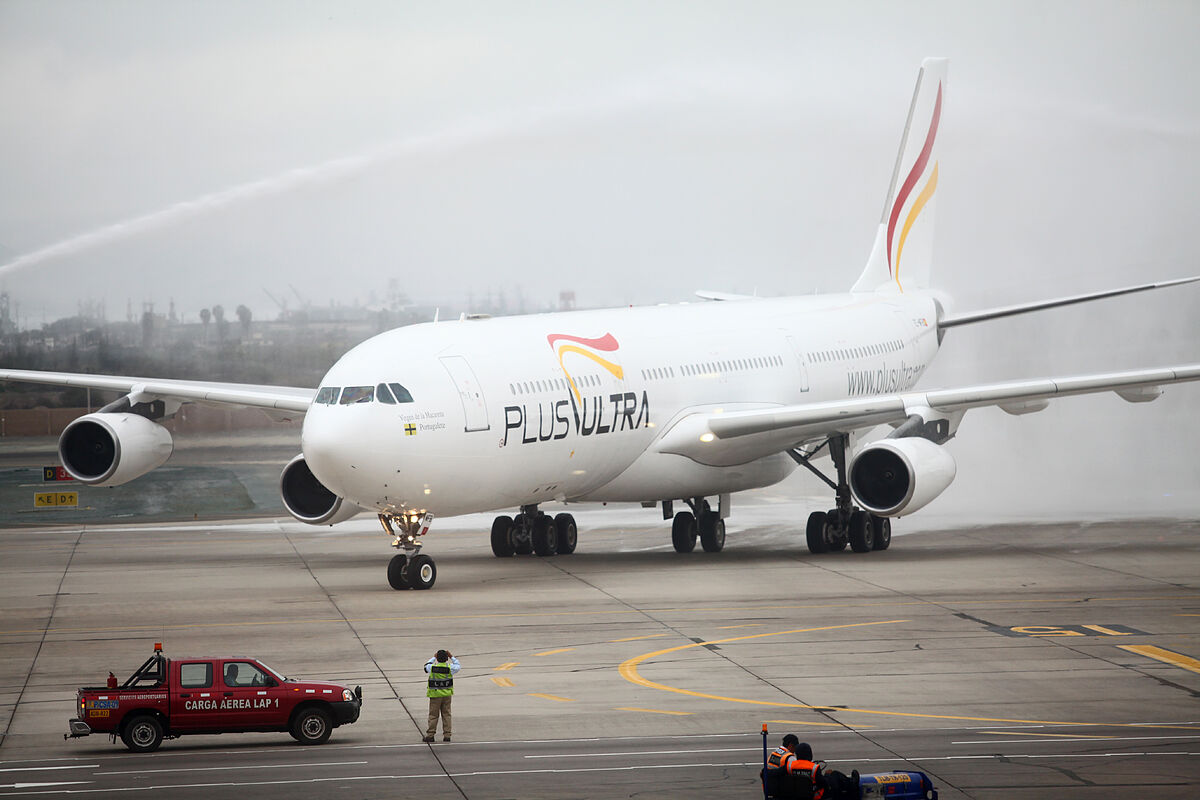 sale of tickets on the Madrid-Caracas line, an air route not authorized

by the Government of the country. Caribbean.

"In order to guarantee the correct provision of public air transport service, (INAC) informs the general public that the commercialization of tickets by the air operator Plus Ultra Lineas Aereas, on routes not authorized by the Venezuelan authorities, is contrary to aeronautical regulations ", reads an INAC statement.

In addition, this sale "violates the restrictions established by the National Executive on airspace in order to mitigate the effects of the pandemic."

In this regard, they reiterated that the

are those that link Venezuela with Turkey, Russia, Mexico, Panama, the Dominican Republic and Bolivia.

Therefore, INAC "will proceed with the corresponding investigation in order to initiate the administrative procedure to determine the responsibility of Plus Ultra" in the sale of tickets "on unauthorized routes."

This "situation can generate administrative, civil and criminal responsibilities, both for the air operator and for the travel agencies that engage in such practices."

For his part, the president of INAC,

, who released the statement, stressed on Twitter that Plus Ultra "sold flights without the authorization of Inac."

"The route between Caracas and Madrid, currently, is not among those allowed by the National Executive for regular or non-regular commercial flights," he reiterated.

For this reason, he affirmed that "the airline is in the obligation to protect the affected passengers and assume their responsibilities."

Also this Friday, the Madrid Prosecutor's Office has sent a letter to the court investigating the convenience of the public rescue to Plus Ultra, in which it urges to unblock the 34 million euros pending by not appreciating a crime and to avoid a situation of illiquidity to clients and creditors.

On March 9, the Government gave the green light to the rescue of Plus Ultra with 53 million euros in loans from the Fund to Support the Solvency of Strategic Companies of the State Society for Industrial Participations (SEPI).

Ariadna's odyssey at the Hospital de Coslada: they leave her a sponge when she is operated on for cancer and the chemo is duplicated by mistake