The epidemic continues to grow in many countries, especially due to the Delta variant which is more contagious. Faced with an increase in cases in its territory, the government is ... 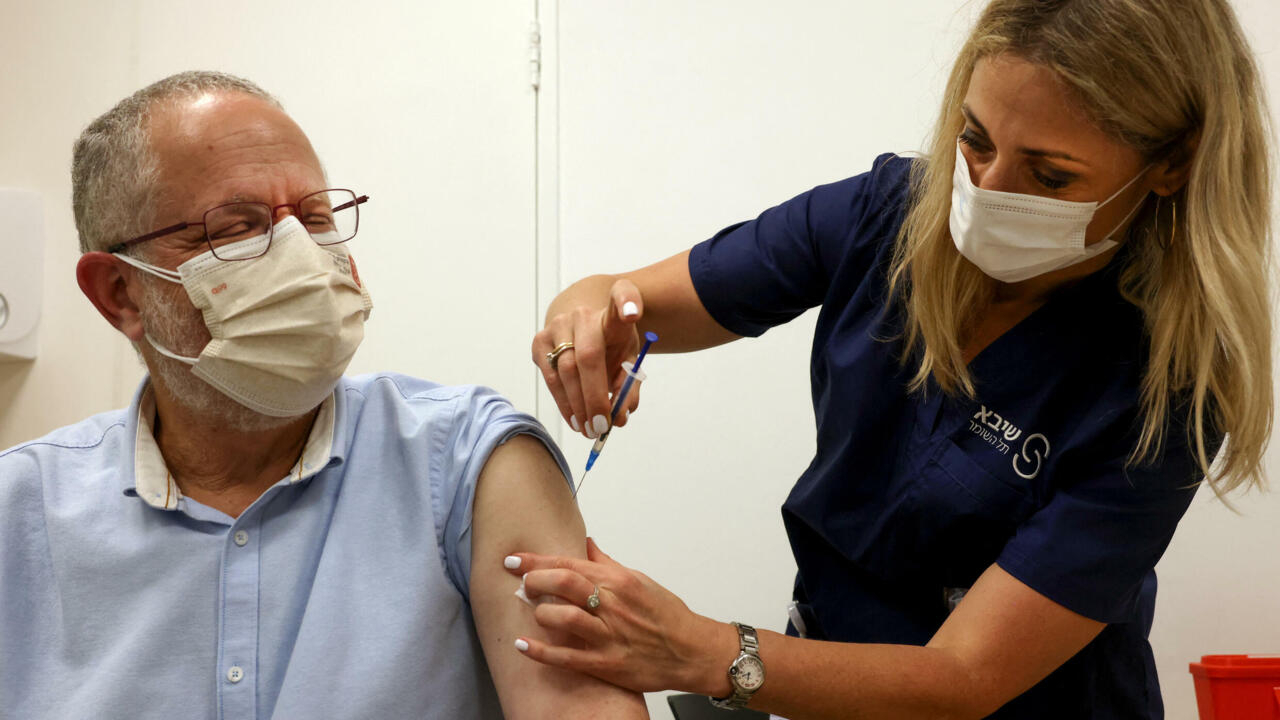 A person over the age of 60 is injected with a third dose of Pfizer-BioNTech vaccine in Tel Aviv on July 30, 2021. AFP - EMMANUEL DUNAND

The epidemic continues to grow in many countries, especially due to the Delta variant which is more contagious.

Faced with an increase in cases in its territory, the Israeli government has launched a campaign to inject a third dose of the vaccine for people over 60 years of age.

Israel, which had started a massive vaccination campaign very early on and believed its population to be immune, reinstated the health pass on July 29 in places hosting more than 100 people in addition to a

. The country launched a campaign on Friday July 30 in favor of a third dose of vaccine for those over 60 years old. New president Isaac Herzog and his wife Michal wanted to set an example by getting a third dose of the Pfizer-BioNTech vaccine administered first at Sheba Hospital, on the outskirts of Tel Aviv. But for the World Health Organization (WHO), this type of decision is counterproductive.

For doctor Mike Ryan, in charge of emergency situations within the WHO, the Delta variant must serve as a warning and encourage countries to work together: “

It doesn't change our course of action, but we need to put it in place much more effectively than we ever have.

There are no magic solutions, no magic powder.

The only magic powder we have is the vaccine.

For this doctor, the problem lies in the distribution of the vaccine in the world which is not done in an equitable way and according to him “

we shoot ourselves in the foot

To listen: Covid-19: the vaccine gap is widening

WHO warns of even more dangerous variants

The Delta variant is therefore an alarm signal.

It is an alert that the virus is evolving.

But it is also a call to act now, before more dangerous variants emerge, said the person in charge of emergency situations within the WHO at a meeting of the organization in Geneva on Friday, July 30.

, the first country to have curbed the epidemic in 2020, sees its policy of "zero Covid" threatened with a new home party Nanjing in the east, which is spread in five provinces and Beijing, a first in six months.

Several hundred thousand people were once again confined in this region and in the Chinese capital.

example extends state of emergency at the spread of Covid-19.

It is extended to Tokyo, which currently hosts the Olympics, and now also applied to three other departments.

In the Philippines, the region of Manila, the capital, is about to be re-defined.

In Australia, 300 soldiers have been sent to Sydney to enforce containment, which is in its fifth week and has been extended by one month, until August 28.

In the United States, even vaccinated people are called on to put on the mask in areas where the virus is circulating.

In Europe, where many countries are facing a fourth wave, it is also time to turn the screw. The curfew has been extended in Barcelona, ​​in northeastern Spain, and

has ordered the re-containment from this weekend of the

islands of Reunion and Martinique

, where the situation is judged "

Germany, for its part, will generalize on Sunday

the obligation for travelers to present a vaccination certificate

or a PCR or antigen test when entering its territory.

As for the United Kingdom, the coronavirus continued to progress there last week, a study by the National Statistics Office revealed, which contrasts with the decline in the number of cases recorded by the health services on a daily basis.