A year after the explosion in Beirut, the crisis in Lebanon has only worsened

A year after the explosion in the port of Beirut that killed 220 people, Lebanon is still in crisis. The World Bank recently called the economic crisis "probably one of the three biggest in the world in the past 150 years". What is going on? Five questions about the biggest economic crisis of the moment. 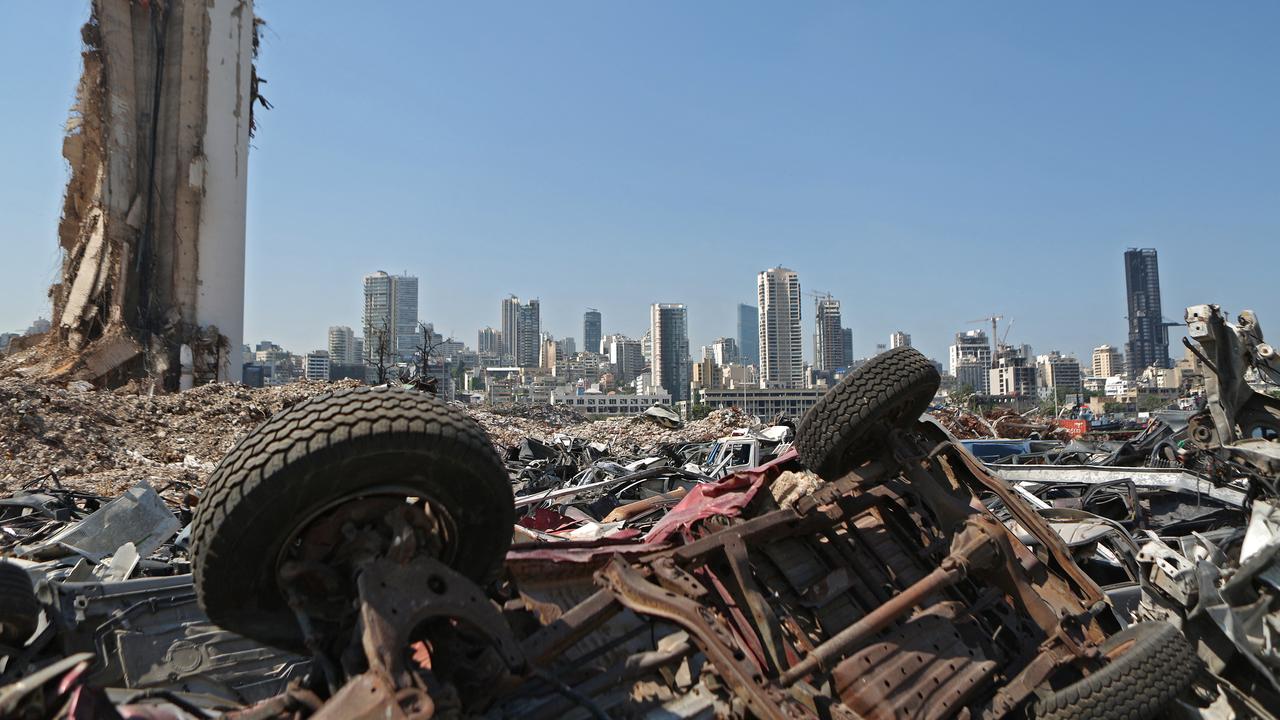 A year after the explosion in the port of Beirut that killed 220 people, Lebanon is still in crisis.

The World Bank recently called the economic crisis "probably one of the three biggest in the world in the past 150 years".

Five questions about the biggest economic crisis of the moment.

Is the crisis really that deep?

In other words: an extreme shrinkage of 40 percent.

According to the World Bank, the hole in which the Lebanese economy has fallen is "similar to a conflict or war", but there is no such thing in the country.

This economic catastrophe is being felt by the ordinary Lebanese.

Four in ten Lebanese are unemployed, there is hyperinflation and more than half of the population lives below the poverty line.

A survey by the World Food Program late last year found that 41 percent of Lebanese households had difficulty obtaining food and other basic necessities such as medicines.

Furthermore, many households are without electricity for large parts of the day.

To explain this economic and humanitarian disaster, we have to go back a few years.

As of 2010, the country's income is decreasing.

In order to continue to pay creditors, the Lebanese central bank borrowed money from commercial banks, a form of so-called Ponzi fraud.

In addition, the borrowed money must maintain the link between the Lebanese pound and the US dollar, about 1,500 pounds per dollar.

That seems to go well for a few years, until the mountain of debt becomes too high and foreign lenders prefer to keep their money in their pockets.

But that still doesn't explain the crisis, does it?

No, I'll get to that later.

Economic problems threaten a shortage of dollars, the currency with which debts and imported goods such as food and medicines are paid.

Due to the fear of too few dollars, banks will stop converting pounds to dollars.

If you still want to get dollars, you have to go to the black market, where the fixed exchange rate does not apply.

The unrest in Lebanon mounts as more pounds are needed to raise dollars and escalates as the Lebanese government presents plans to tax tobacco, alcohol and WhatsApp calls.

Hundreds of thousands of people take to the streets and eventually the government resigns.

The turmoil leads to a further depreciation of the pound, leaving the country unable to pay its debts and going bankrupt in March 2020.

At that time, the coronavirus also makes its appearance.

A lockdown will follow, leaving even more Lebanese out of work.

As if that were not enough, a warehouse filled with tons of ammonium nitrate explodes in the port of the capital Beirut.

At least 220 people are killed in the explosion and the damage to the city is enormous.

In addition, the destruction of the port is a blow to the economy, as most imports through the port reach the rest of the country.

An aerial photo after the explosion shows the complete destruction of the port of Beirut.

An aerial photo after the explosion shows the complete destruction of the port of Beirut.

And that all together led to that enormous crisis?

Yes, the combination of economic mismanagement, combined with the coronavirus pandemic and the Beirut Port disaster, has led to what may have been the deepest economic crisis in 150 years.

The biggest problem now is a combination of a fall in the value of the currency, combined with hyperinflation.

At the end of July, it will take almost 20,000 Lebanese pounds to get a dollar on the black market, while the vast majority of the working population is paid in pounds.

On the other hand, prices have risen enormously: a recent study shows that a family pays on average five times the minimum wage to get food.

The price of food is said to have risen about 700 percent in two years.

Is there an end in sight?

The crisis seems to be getting worse for ordinary Lebanese in the short term.

The prices of food, medicines and fuel are rising faster and faster, while the pound is losing value.

But there is a glimmer of hope. Since this week, the country has had a prime minister again, which should be the first step towards an improved situation. It is now up to Prime Minister Najib Mikati, who is holding the position for the third time, to implement reforms. Only then can Lebanon claim multi-billion dollar support from the International Monetary Fund (IMF) and possibly end the deep economic crisis.