Deliveroo, the food delivery company, announced today that it is considering leaving Spain. Although it denies any kind of relationship, the company makes the announcement ... 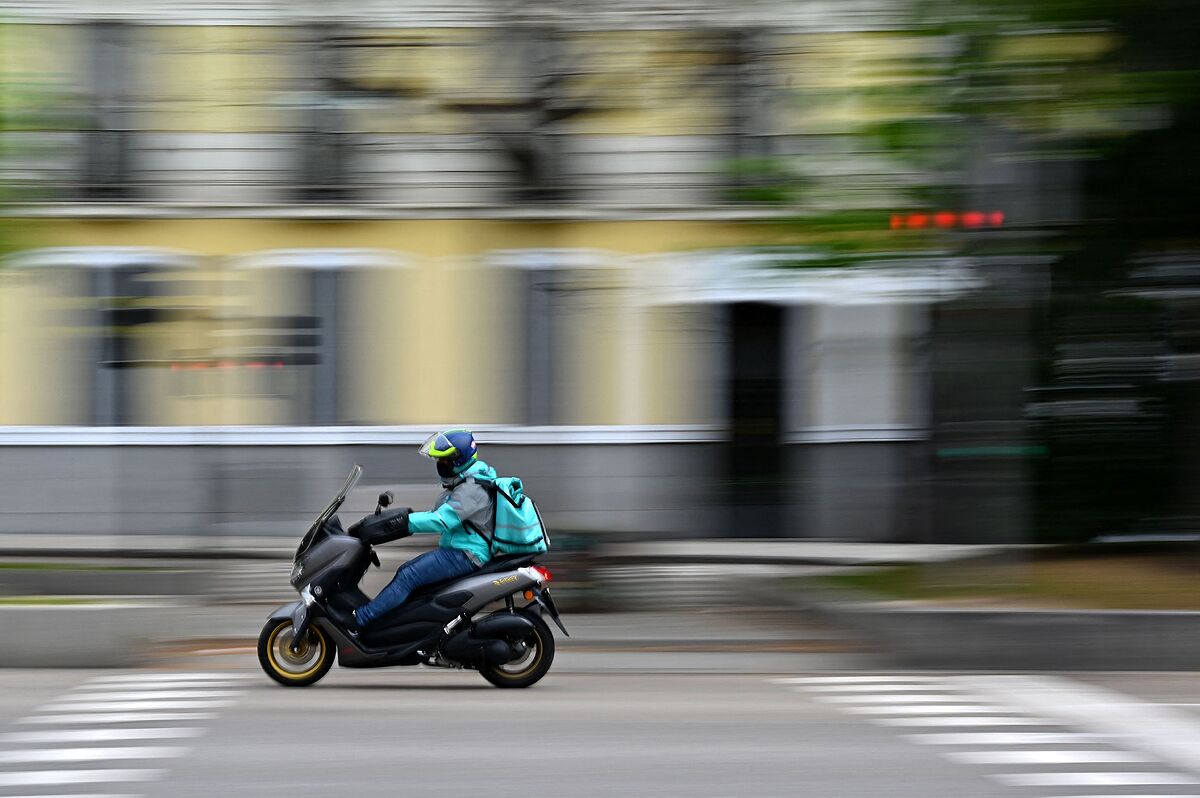 Deliveroo, the food delivery company, announced today that it is considering leaving Spain.

Although it denies any kind of relationship, the company makes the announcement at the precise moment in which it must adapt to the Rider Law and distribute orders with contracted deliverymen.

What has Deliveroo announced?

The company has stated that it is considering leaving Spain, where it competes with

, among others because its corporate strategy principle is to operate only in markets where it is either number 1 or number 2. "Spain represents less 2% of Deliveroo's GTV (gross transaction value) in the first half of 2021. The company has concluded that achieving and maintaining a top-tier market position in Spain

would require a very high level of investment

with a very uncertain potential performance in the long term that could affect the economic viability of the market for the company. "How many riders work for Deliveroo? 3,500, according to data from the company itself, which would have to hire them as of August 12 What does the Rider Act have to do with the company's plans? Apparently, considering the Deliveroo statement, nothing. But in the context of the market for home delivery companies,

. As of next month, the vacatio legis established by the Rider Law ends for companies to take on one of its main novelties, which is to provide service with contracted deliverymen. Until now, the vast majority of these companies have based the home delivery business with self-employed workers, a model that the new regulation blocks. Why? From the outset, the work model of the fleets of riders has been in question . Companies have defended it as an evolution of traditional models, a circumstance typical of digital businesses, which are characterized by being ultra-light in terms of structure. Being registered as a self-employed person, an app on the mobile and a means of transport were enough to register as a delivery person and receive orders. That is how

since 2015 the business took off throughout Spain.

In 2017, the first rulings that established that the delivery men were salaried employees undercover as self-employed reached the courts, after a four-year judicial journey, the

confirmed the previous rulings, facilitating the birth of the Rider Law. Does the new regulation require that, since there is an employment relationship between the platform and the riders,

the distribution is made with salaried workers

. It does not oblige companies to hire them directly. They can deal with workers from a subcontracted company, as Just Eat does. Is this an example of regulations that harms entrepreneurship? Deliveroo has not pointed it out that way, although the relationship between the new legal obligations and the announcement of leaving Spain is there. On the other hand, companies that based their entire distribution system on autonomous riders, such as

Glovo, announced this week the hiring of 2,000 riders

to adapt to the new norm. And it must be taken into account that the requirement to share with employees is something that the employers endorsed in the social dialogue that preceded the approval of the law. In fact, beyond delivery, there are

Thousands of companies in the logistics sector that have been digitized and, in compliance with the law,

demanded legislation that allows them to compete in a balanced way with digital platforms. And what can be the difference in the case of Deliveroo? In addition to the strategy own business, there is a relevant factor which is that

Deliveroo is a listed company and must be publicly accountable for its decisions and the risks it assumes.

Glovo, for example, is financed based on financing rounds in which it attracts new resources. Like many unlisted digital companies, making or not making a profit has so far been secondary because business growth justified the investment, as was the case with Uber. Deliveroo premiered in the London park in April at a value of 8,893 million euros), far from the 10 billion it estimated and even more than the current 6.7 billion. What is the point of the company consulting the decision with the workers? of an initiative that is part of Deliveroo's announcement and that is surprising, in the sense that the company is publicly traded and

. The fact is that it leaves the future of the company in Spain in the air by indicating that it is launching a consultative process between employees and riders on the cessation of its operations in Spain. "Deliveroo expects the collective consultation process to start in early September and the company will work with all stakeholders and prepare all the necessary documentation for this." The company does not specify if the consultation that will be carried out in September, includes in what working conditions Deliveroo would work in case of staying in Spain. At the moment, the company seems to postpone the decision to work with hired riders already made by its rival, Glovo. But is the consultation binding? When questioned on this point, Deliveroo indicates that

. "It is a procedure that we have to do", they respond in the company. Is the home delivery business in a bad moment? From the point of view of labor regulation, the moment is critical in the sense that companies must bear more costs than up to now. From an activity point of view, the pandemic has even been beneficial for business. Precisely Deliveroo released a survey last March in which it indicated that Spaniards resorted to ordering food at home more intensively than before the pandemic, since

23% claimed to have increased their orders by more than 30%

. During the months of confinement,

45% ordered food at home between once and twice a week, especially on Saturdays and Fridays.

The study indicated that the restaurants had found in the business a way to alleviate the damage caused by the mobility and capacity restrictions.

Part of these changes in consumption have become habits. And if it leaves? The Spanish market will lose one of the largest home delivery companies in the world, although the business is still there, in the hands of its rivals.

The departure from Spain would include the legal indemnities on the company's employees and, surprisingly, on the same riders on whom the company has denied having any employment relationship

"In the event that the company decides to terminate its operations after the conclusion of the consultation process, which will last approximately one month, the company will ensure that riders and employees have an adequate compensation package that complies with all local regulations and legislation ".

Human Rights Dismissed, retired and discriminated against due to disability: "12 years as a police officer have been stolen from me"