Chinanews client, Beijing, July 31st (Reporter Li Jinlei) How will China's economy do in the second half of the year? The Political Bureau of the CPC Central Committee held a meeting on July 30 to deploy economic work in the second half of the year. Among them, there are some signals that express the release of unusual significance. Data map. Photo by China News Agency reporter Zhang Bin   Pro 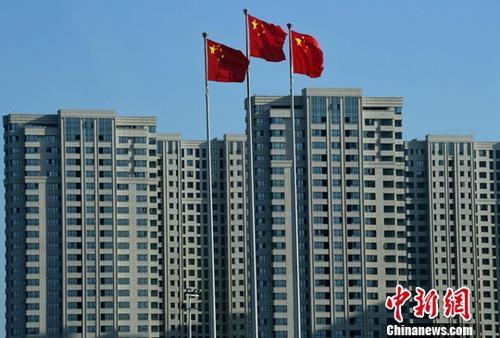 Chinanews client, Beijing, July 31st (Reporter Li Jinlei) How will China's economy do in the second half of the year?

The Political Bureau of the CPC Central Committee held a meeting on July 30 to deploy economic work in the second half of the year.

Among them, there are some signals that express the release of unusual significance.

The meeting pointed out that a proactive fiscal policy should enhance policy effectiveness, secure the bottom line of the "three guarantees" at the grassroots level, reasonably grasp the progress of budgetary investment and local government bond issuance, and promote the formation of physical workload at the end of this year and early next year.

According to the government work report, 3.65 trillion yuan will be allocated for local government special bonds this year.

According to data from the Ministry of Finance, 1,730.8 billion yuan of special bonds will be issued from January to June 2021.

Wen Bin, chief researcher of China Minsheng Bank, told Chinanews.com that, judging from the current implementation progress, it is lagging behind the past few years.

It is expected that the issuance of special bonds by local governments will be accelerated in the coming months, so as to give play to the key role of investment in stabilizing growth.

Citizens visited and learned about new energy vehicles at the auto show.

The meeting requested to tap the potential of the domestic market and support the accelerated development of new energy vehicles.

According to data from the China Automobile Association, the cumulative sales of new energy vehicles from January to June was 1.206 million, a year-on-year increase of 201.5%.

At the same time, the growth rate of new energy concept stocks this year is at the forefront of all industries.

The market expects that more support policies will be introduced, and the market prospects for new energy vehicles that are gaining momentum are becoming more promising.

Reiterate once again that "housing is not speculation"

The meeting pointed out that we must adhere to the positioning of houses for living, not for speculation, stabilize land prices, stabilize housing prices, stabilize expectations, and promote the steady and healthy development of the real estate market.

Speed ​​up the development of rental housing and implement supporting policies such as land use and taxation.

Recently, there have been frequent real estate regulation actions. The General Office of the State Council issued the "Opinions on Accelerating the Development of Guaranteed Rental Housing"; the Ministry of Housing and Urban-Rural Development and other 8 departments jointly issued a document to continue to rectify and regulate the order of the real estate market; the Ministry of Housing and Urban-Rural Development interviewed Yinchuan, Xuzhou, Jinhua, Quanzhou, and Huizhou 5 cities...

Zhang Dawei, chief analyst of Centaline Real Estate, told a reporter from Chinanews.com that it can be seen that "housing and housing should not be speculated" is definitely not a slogan. orientation.

Data map: The teacher leads the children to play in the classroom.

The meeting proposed to promote the national overall planning of basic endowment insurance, implement the "three-child" birth policy, and improve the supporting policies for childbirth, parenting, and education.

At the moment, a package of reproductive support measures is or will be implemented from department to locality.

The National Development and Reform Commission also recently released an interpretation article stating that the pressure of upbringing and education directly caused the youth group to be "daunted." Need to be reversed.

Improve the regulatory system for overseas listing of enterprises

The meeting proposed that it is necessary to prevent and defuse risks in key areas, implement a fiscal and financial risk handling mechanism under the responsibility of major local party and government leaders, and improve the regulatory system for overseas listing of enterprises.

Regarding the issue of companies listing overseas, the regulatory authorities have recently released many signals.

The chairman of the China Securities Regulatory Commission, Yi Huiman, recently stated at the Lujiazui Forum that he is open to companies choosing where to list.

The relationship between openness and security will be effectively handled. The prerequisite for companies to go overseas for listing is to comply with relevant domestic laws, regulations and regulatory requirements.

The meeting proposed that it is necessary to coordinate and orderly do a good job in carbon peaking and carbon neutrality, and to issue an action plan for carbon peaking by 2030 as soon as possible, adhere to a national game of chess, correct the movement of "carbon reduction", and resolutely curb the "two The “High” project develops blindly.

In reality, some places will take more radical measures to complete the energy consumption reduction targets, which will affect the economic stability recovery and the stability of the industrial chain.

Correcting the campaign-style "carbon reduction", first standing and then breaking... These keywords have released a signal: carbon reduction must be orderly and stable, and avoid blindly and radically.