"Provide the domestic market in full": the Cabinet is considering the possibility of introducing a ban on the export of gasoline

Russia may introduce a temporary ban on the export of gasoline from the country, said Deputy Prime Minister Alexander Novak. He noted that the demand for fuel in the Russian Federation is growing, and therefore it is necessary to meet the needs of the domestic market. Later it became known that the proposal to introduce a temporary ban was sent to the Cabinet by the Ministry of Energy. The department previously said that they do not expect a drop in budget revenues in the event of a ban, since the absence of export duties is compensated by excise taxes in the domestic market. 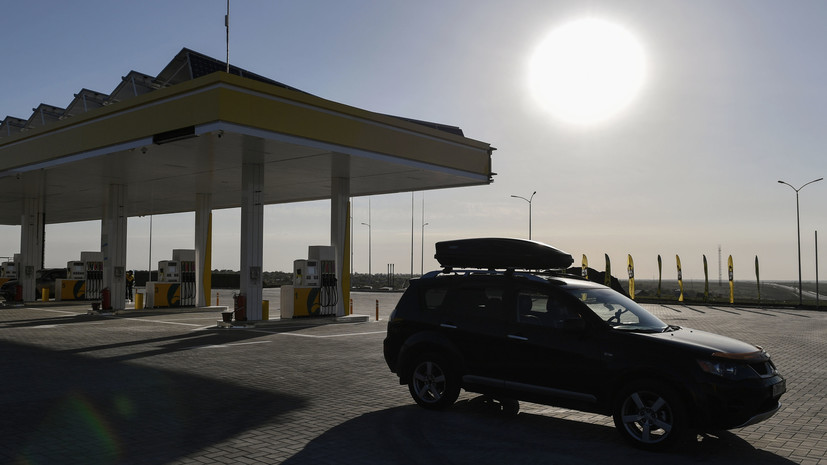 The Russian government is considering the possibility of introducing temporary restrictions on the export of gasoline from the country, said Russian Deputy Prime Minister Alexander Novak.

“We are now considering this in fact, the Ministry of Energy should make a proposal in the near future.

In principle, we are considering this instrument additionally, because the demand is growing and we need to provide the domestic market in full, "Novak quotes TASS.

He added that the pressure on prices in exchange trading remains.

Soon it became known that the Ministry of Energy applied to the government with a proposal to launch the process of introducing restrictions on the export of gasoline from Russia.

According to Energy Minister Nikolai Shulginov, the ministry appealed to the Cabinet of Ministers with a request to carry out the procedure in an accelerated mode.

Earlier, Shulginov admitted that a ban on the export of gasoline would be initiated if exchange prices remain high.

As the head of the Ministry of Energy noted at the time, “the issue of signing agreements with oil companies regulating the volumes and levels of prices in the wholesale segment, and increasing exchange rates to 15% can also be considered”.

Earlier, Rosstat reported that consumer prices for motor gasoline in Russia from July 20 to 26 increased by 13 kopecks, for diesel fuel - by 10 kopecks.

Also on russian.rt.com Rosstat spoke about the rise in gasoline prices in July

On the eve of the Federal Antimonopoly Service announced unscheduled inspections of oil traders against the background of rising fuel prices on the exchange.

“In order to monitor compliance with the antimonopoly legislation, the department conducts raids against oil traders.

The basis was the results of monitoring by the antimonopoly service of exchange indicators of prices for petroleum products, ”the agency’s TASS reported.

It is noted that the corresponding work is carried out within the framework of the analysis of factors affecting the change in prices for petroleum products.

Earlier, for the same purpose, the FAS requested information from oil companies on the volumes of production and sales of fuel from the beginning of 2021.

Recall that the Russian government in 2019 launched a damping mechanism designed to curb the rise in gasoline prices within the country.

It implies that the state reimburses the oil companies for lost revenues when supplying fuel to the domestic market.

Thus, when prices for fuel inside the country are lower than export prices, oil workers receive compensation from the budget.

At higher prices in the domestic market, companies are obliged to allocate part of their profits to the budget.

The damper mechanism made it possible to slow down the rate of rise in the price of gasoline at Russian filling stations from 2019 to 2020 by several times.

Along with this, in May of this year, the authorities made additional adjustments to the formula of the mechanism for containing prices at gas stations.

At the same time, the Ministry of Finance said that they do not plan to adjust the damping mechanism against the background of amendments in force since May.

As Deputy Finance Minister Alexei Sazanov explained, the new parameters of the damper "have just entered into force."

“Accordingly, now payments will be increased, starting from May.

We hope that this will help stabilize the situation, ”TASS quotes Sazanov.

In addition, he suggested that if a ban on the export of gasoline is imposed, the budget revenues received in the form of export duties are not expected to fall out.

According to him, the excise tax will affect the situation.

“If the export of gasoline is reduced, then the receipt of excise taxes will increase.

Because if gasoline is not exported, then it goes to the domestic market, where the excise tax is paid.

Therefore, we do not expect any shortfall in income in this regard, ”he concluded.