Officials of tourism and travel agencies said that a large percentage of Emiratis decided to spend tourist holidays during the current summer season, in conjunction with the Eid al-Adha holiday, pointing to 10 tourist destinations that topped their booking list, including: Switzerland, Austria, Bosnia, Greece, as well as Montenegro, Russia, Pain 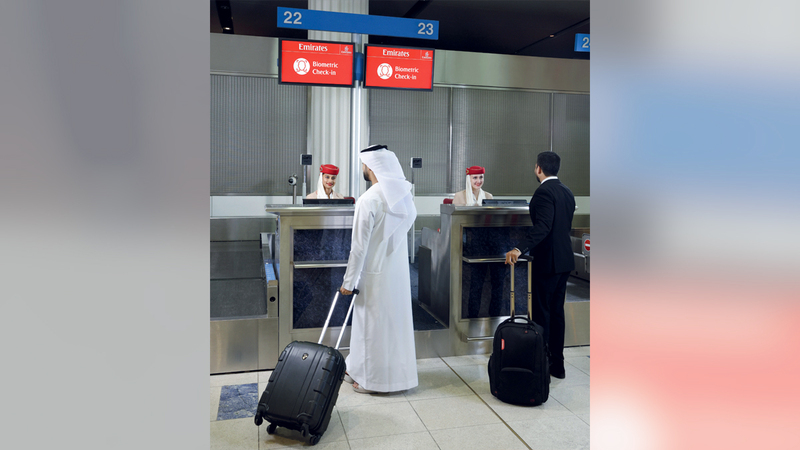 Officials of tourism and travel agencies said that a large percentage of Emiratis decided to spend tourist holidays during the current summer season, in conjunction with the Eid al-Adha holiday, pointing to 10 tourist destinations that topped their booking list, including: Switzerland, Austria, Bosnia, Greece, as well as Montenegro, Russia, Maldives, and Seychelles at lower rates, in addition to Spain and Italy.

They confirmed to "Emirates Today" that the demand exceeded their expectations, as citizens' reservations to tourist destinations increased by large percentages, compared to last summer's season, and accounted for in total between 30-40% compared to levels before the "Covid-19" pandemic.

In detail, Mohammed Jassim Al Rayes, Executive Vice President of Al Rais Travel, said that a large part of Emirati citizens chose to travel for holidays in tourist destinations during the current summer, coinciding with the Eid al-Adha holiday.

He added that, according to his company's data, Switzerland topped the tourist destinations chosen by citizens during the current summer season, followed by Austria and Bosnia, as well as Russia, along with the Maldives and Seychelles, noting that other destinations in Western Europe, such as Italy, Spain and others, recorded reservations, but at rates. less.

Al-Rayes explained that the average period of citizens' holidays is about 10 days in European destinations, pointing out that it is less compared to levels before the "Covid-19" pandemic.

He stressed that confidence in air travel is currently at its highest level since the start of the pandemic, with the return of demand for leisure travel and tourist holidays.

For his part, the head of Al-Abedy Holding Company for Tourism and Travel, Saeed Al-Abedy, said that despite the circumstances imposed by the “Covid-19” pandemic, the demand for air travel has witnessed a noticeable increase during the recent period, noting that a large percentage of citizens decided to spend holidays. tourism during the current season.

He added that the rate of tourist reservations by citizens has witnessed a significant increase compared to last summer's season, but these rates are still significantly lower compared to pre-pandemic levels, noting that air travel is currently subject to many conditions and restrictions that should be constantly checked.

Al-Abedy revealed that the European continent accounted for the bulk of citizens' tourist reservations, especially to Bosnia, Switzerland, Greece, and destinations in Eastern Europe, as well as the stations of the Indian Ocean islands such as the Maldives and Seychelles at lower rates.

Al-Abedy explained that the map of tourist destinations witnessed a significant change during the pandemic period at the global level, due to several factors, most notably travel restrictions, quarantine and required vaccinations.

He said that customers choose their tourist destinations that suit their circumstances, stressing that there is a great desire among different segments of customers to travel for tourist holidays abroad.

In a related context, the Director-General of Al-Awadi Travel Company, Amin Al-Awadi, said that the levels of demand for travel, for the purpose of spending tourist holidays during the current summer season, exceeded expectations for us, indicating that the movement of travel for the purpose of tourism witnessed remarkable activity among citizens during the Eid al-Adha holiday. .

Al-Awadi stated that the bulk of reservations are made only days before the travel date, noting that Switzerland, Austria and Bosnia, as well as Greece and Montenegro, topped the list of tourist destinations that citizens visit during the current summer, in addition to destinations in Eastern Europe to a lesser extent.

And he indicated that a percentage of citizens are looking forward to traveling in the coming days, according to the schedule of advance reservations, pointing out that some sought to avoid crowding and high prices during the Eid holiday.

Al-Awadi said that citizens’ reservations to tourist destinations increased by large percentages compared to the summer of last year, and this summer constituted about 30-40% compared to pre-pandemic levels, pointing out that the demand for travel for the purpose of entertainment and tourism is witnessing a continuous rise.

He stated that a large percentage of citizens choose tourist destinations that have advanced infrastructure in the field of health and medical services, noting that the provision of travel insurance that covers the risks of “Covid-19” by national airlines, in turn, contributed to encouraging people to travel during the pandemic.