[Revisit the sky to see the changes] Prospered by the road, the "dry wharf" on the sky road has a new look

China-Singapore Grid, Ermu, July 24 (Zuo Yukun) In the 1950s, the Qinghai-Tibet Highway meandered into the mysterious Qinghai-Tibet Plateau; in the 1970s, the Golmud Airport at the high plateau airport fell to the ground at the foot of the towering Kunlun Mountain; in the 1980s , The Qinghai-Tibet Railway set up a "magic road" on the snow-covered plateau.   Among the Tianlu, there is an importa 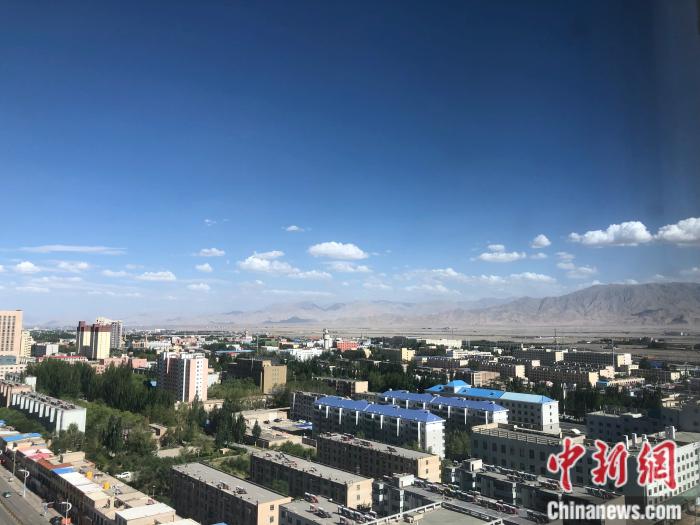 China-Singapore Grid, Ermu, July 24 (Zuo Yukun) In the 1950s, the Qinghai-Tibet Highway meandered into the mysterious Qinghai-Tibet Plateau; in the 1970s, the Golmud Airport at the high plateau airport fell to the ground at the foot of the towering Kunlun Mountain; in the 1980s , The Qinghai-Tibet Railway set up a "magic road" on the snow-covered plateau.

Among the Tianlu, there is an important hub of the Silk Road Economic Belt and Plateau Railway-Qinghai Golmud Railway Station.

Recently, the reporter came to this important node of the Qinghai-Tibet Railway to see the new face of the "dry wharf" today.

Overlooking the view of Golmud City.

As the opening frontier and entrance of the Qinghai node of the Silk Road Economic Belt, Golmud City in the Haixi Mongolian-Tibetan Autonomous Prefecture is located in the geographic center of western China and is a "cross-shaped" transportation hub connecting the four provinces of Gansu, New Zealand, Qinghai and Tibet in western my country. Important node.

From the Silk Road to the Tianlu, Golmud, the western bridgehead, has undergone tremendous changes in its constant important historical position.

"In the past, there were many people in the station and the single-story station building was 500 square meters. Often the entire waiting room was full of people and there was no place to stand." Kang Tao recalled.

On June 30, 2020, the new station building was put into use with the opening and operation of the Ge-Ku Railway (Qinghai Section). The double-storey station building of 14,947 square meters can accommodate up to 2500 people at the same time.

A different "night station" connects the new life in Tibet

At around 17:00 Beijing time, a supermarket in Golmud Station just opened and is ready to open.

Behind this seemingly strange business hours is the characteristic of the "night station" of Golmud Station.

Since Golmud Station exists as an intermediate station more often, in order to ensure that the time for boarding at the departure station and getting off the bus at the terminal station is both during the day, passenger cars departing from Golmud Station basically leave at night, from 18:00 to the next day. 09:20 is the busiest time at Golmud Station.

"In this way, when the sky is dark, passengers can still see the scenery along the Tuotuo River, Tanggula, etc.," Kang Tao said.

"I got on the train and went to Lhasa to see the magical Potala." As this song sings, Golmud, as an important hub for Tibet, also connects too many people to the Lhasa plot.

Zhang Weijun, the party branch secretary of the Golmud Signal Workshop of the Golmud Electricity Department, still remembers that many years ago, he took 20 to 30 buns and took a car to Lhasa for 70 to 80 hours.

“The roads are difficult and the transportation is inconvenient. It is impossible to transport large electrical appliances such as TVs. Many people in Lhasa have not even eaten watermelon.” After the opening of the Gela line in 2006, they were the first batch of workers to work in Tibet. For one, Zhang Weijun witnessed the changes in Lhasa that more and more families have home appliances and cars.

"The changes are even greater now. Last year I went to Lhasa again. There were tall buildings and fruits everywhere. Whatever I wanted, even a person who had been in Lhasa for six years would not recognize me." Zhang Weijun said. .

Not only has the people's lives changed drastically, but the railway equipment has also undergone a new look.

"From the point of view of our railway switch equipment, we first used imported switch, which was said to be maintenance-free for ten years, but it was still not up to the special environment of the plateau. Now we have replaced the domestic switch and the domestic snow melting device. The effect is very good. Well, there is also video monitoring, and the amount of manpower and material maintenance has been reduced too much."

Inhaling oxygen to drive the train, to protect the smoothness of the sky

Working on the highest railway in the world, the Golmud Locomotive Depot of China Railway Qinghai-Tibet Group Co., Ltd. is responsible for the traction of trains on the Geermu Section of the Qinghai-Tibet Railway. It is also the only place in the world that requires oxygen to drive trains.

“You have to inhale oxygen as soon as you drive, and your brain is a bit dull if you don’t inhale oxygen.” said Xu Baoping, the instructor of the Golmud locomotive depot application workshop, because the driving process will pass through an altitude difference of 500 meters to 3,200 meters. Wear a padded jacket every day during the four seasons of the year.

"Hypoxia" is a key word in the plateau area.

According to the staff, there are frequent occurrences of oxygen deficiency in passengers on the Qinghai-Tibet Railway, and people often "faint in the toilet and can't get up."

For this reason, Golmud Station also has a complete set of plans for the transfer of sick passengers, contacting local hospitals to provide timely treatment for patients.

Passengers are waiting for the train at Qinghai Golmud Railway Station to go to Lhasa.

The summer vacation has come, and the peak season has arrived, and Golmud Station has also ushered in the busiest time of the year.

Golmud, a city prospered by roads, will once again embark on the road to take off.