The controversial rescue of the airline Plus Ultra of about 54 million euros has been suspended by court decision and the Government warns that this brake may ... 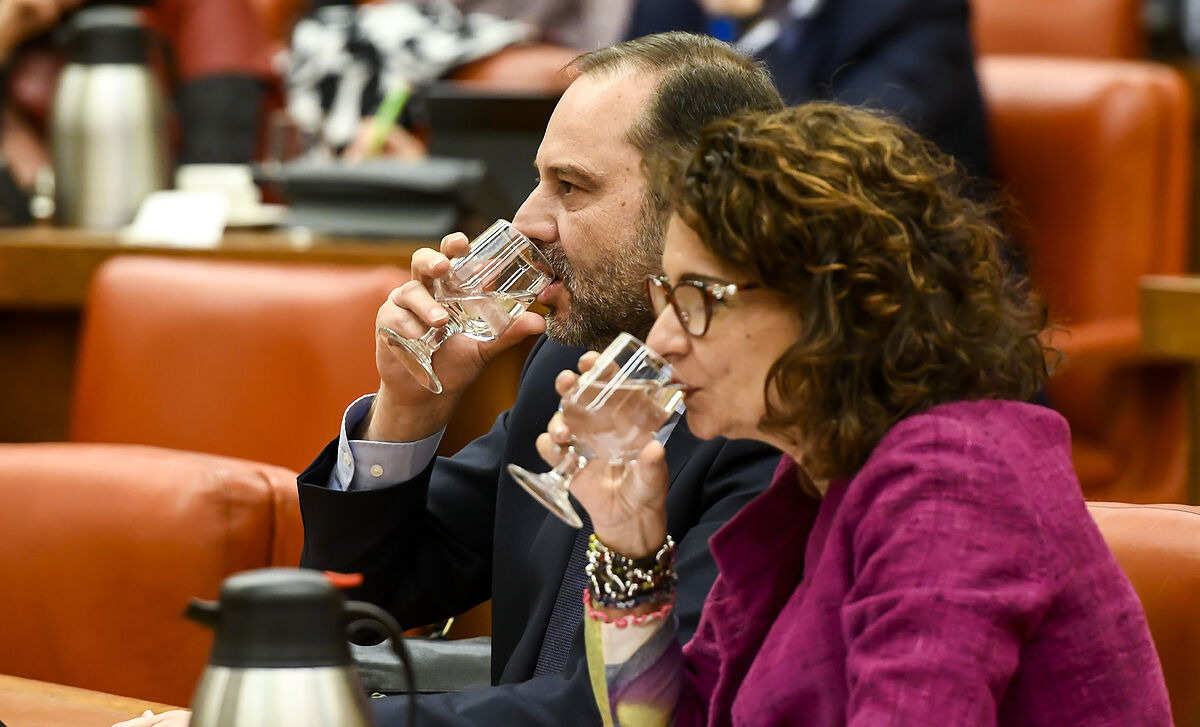 The controversial rescue of the airline Plus Ultra of about 54 million euros has been suspended by court decision and the Government warns that this brake could sink the company and cause the loss of the first 19 million of public money already injected.

The head of the Court of Instruction number 15, Esperanza Collazos, orders in a car not to pay for now the 34 million pending for not yet finding justification. The State Bar has tried to stop this decision on the grounds of loss of public accounts. "It seems a fact that not proceeding to disburse the pending loan

the budgets on which the company's viability plan has been designed." This is stated in a letter dated July 19 to which EL MUNDO has had access.

The loan approved on March 7 by the Council of Ministers consists of an ordinary loan of 19 million already injected and another 34 million in the form of a participatory loan. His transfer was supposed to take place on the 28th, but the judge has ordered the Government to suspend the payment to avoid losing the money. «

The unjustified delivery would suppose a significant patrimonial impairment

without the possibility of restoring it to a previous situation ”, explains the judge in the order in which he orders to stop the payment by the so-called Fund for Support to the Solvency of Strategic Companies and requires Plus Ultra to justify in five days why it needs it. The participative loan is particularly delicate because it is the one that can more clearly make the State a shareholder of Plus Ultra in the event of the failure of the airline. The PP and Vox have managed to get the judge to second their request for precautionary measures to stop the new payment.

The Government disagrees radically and says that the only detriment is not giving the aid. "The granting of financial support does not cause any loss to the fund, but rather such loss would occur in the event of non-compliance with

the obligation of its return by Plus Ultra, which is undoubtedly compromised

if the authorized financing ”, affirms the State Bar. This acts on behalf of those accused of embezzlement who are part of the Management Board of the aforementioned fund, which includes senior officials from four ministries, including the Undersecretary of Finance,

and the Secretary of State for Energy,

, in addition to the Vice President of the State Society of Industrial Participations (Sepi),

, has up to now defended that Plus Ultra is "strategic" and was based on two reports from the Ministry led then by

favor of the rescue.

The judge sees signs of embezzlement and fraud in subsidies, but the State Attorney criticizes "the unfounded and unfair suspicion that they have been made to fall."

It ensures that the aforementioned defendants and the former Secretary of State for the Economy, Ana de la Cueva, "do not have an interest other than the general interest pursued by the Fund."

The State Attorney also claims that the judge has learned that they had to pay 34 million to Plus Ultra this month, because the Sepi communicated it and that it has been slow to give the money, because "due to a principle of prudence, it was not proceeded to carry out the disbursement of the participative loan immediately and reports were requested from Deloitte legal advisor as well as from the State Bar ”.

Both gave the go-ahead but the judge did not, who with the support of the Prosecutor's Office, urged Plus Ultra to explain its plan.

The airline assured yesterday that the aid "is essential" after "the serious impact suffered by the Covid 19 pandemic" and "to maintain 354 direct positions and more than 2,500 indirect".

The president of Haiti, Jovenel Moise, is shot dead