Why is Changsha "favored" by the Boao Forum for Asia? 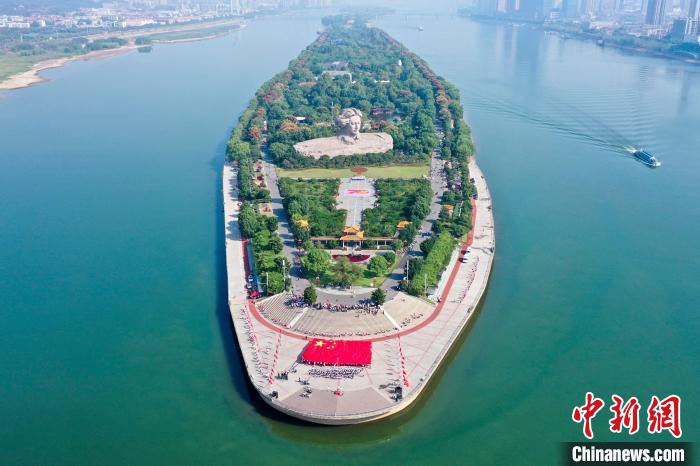 China News Service, Changsha, July 20 (Reporter Bai Zu and Tang Xiaoqing) From October 18 to 20, the first Boao Forum for Asia Global Economic Development and Security Forum with the theme of "Economic Security and Sustainable Development under Great Changes" will be held. Held in Changsha.

The Global Economic Development and Security Forum is the third global thematic forum launched by the Boao Forum for Asia after the Global Health Forum and the International Science and Technology Innovation Forum.

The establishment of a special forum platform from the perspective of economic development and security is the first time in the world, and it has truly set an international precedent.

As a central city, Changsha stands out from the major cities in the country and is favored by the Boao Forum for Asia. Why?

Changsha is a city that never sleeps at night, and its consumption capacity is very strong.

Affected by the epidemic, in 2020, global economic and social development pressure will be unprecedented.

Changsha is the only city in China with 4 top 50 construction machinery companies in the world.

On the navigation route of emerging industries, Changsha is also striving to go ahead.

At the foot of Yuelu Mountain, “smart” products such as autonomous driving taxis and smart bus lines have hatched into reality; on Malan Mountain, the broadcasting and television Hunan army is in full force, leading the country and the rapid emergence of new landmarks of media integration with global competitiveness; mobile Internet, intelligent network connection Emerging industries such as automobiles have gradually released new advantages to provide strong support for the high-quality development of Changsha.

The reporter was informed that Changsha's business environment has continued to improve, and it has won China's most investment city in 2020, and China's ten most satisfactory cities for foreign investment.

In the past few years, it has been ranked among the top ten nationwide in the evaluation of business environment.

From the perspective of high-quality economic development, Changsha has the strength to lead and the potential for long-term improvement, which has similarities with the current status of Asia in the world economy.

The answers to economic security and sustainable development that this conference intends to give are also what Changsha, the host city, thinks, thinks, and does.

Overall planning for security and development is an important code for creating two miracles of rapid economic development and long-term social stability.

In recent years, Hunan has thoroughly implemented the new development concept, actively built a new development pattern, coordinated the promotion of epidemic prevention and control and economic and social development, and made every effort to fight the three major battles of poverty alleviation, pollution prevention and risk prevention. It is China's first local cumulative diagnosis of new coronary pneumonia. In provinces where more than a thousand cases have been cleared, there are currently no new local cases for 13 consecutive months.

At present, the "three highs and four new" are becoming Hunan's scientific guidance on the strategic and overall heights.

Zheng Jianxin, Mayor of Changsha City, said that the theme of this "Economic Security Council" is highly consistent with the national strategic requirements for overall development and security, and is a major opportunity for Changsha.

He requested that the conference dividend be released to the greatest extent, to implement the "three highs and four new" strategy for Changsha and promote high-quality development.

"We are fully confident and confident to make the forum bright and distinctive." said Qiu Aihua, deputy director of the Hunan Provincial Committee and Foreign Affairs Office. Hunan is striving to build an important highland of advanced manufacturing in the country, a highland of technological innovation and core competitiveness. The inland areas are reforming and opening up the highlands, striving to build a modern new Hunan.

It is believed that this forum will provide new opportunities for countries and Hunan to expand exchanges and cooperation for a win-win and bright future, and to inject new impetus into Hunan's overall planning of development and security, and promotion of high-quality development.

The first conference of the Boao Forum for Asia Global Economic Development and Security Forum was held in Changsha.

Innovative ability fits the direction of the forum

The Boao Forum for Asia is an international economic forum "based on Asia and facing the world". Its birth itself is an innovation, and it takes change and innovation as its eternal mission and an inexhaustible driving force for progress.

As China's reform and opening up continue to deepen, from economic issues to political issues, from responding to crises to seeking cooperation, from Asian integration to building an Asian community with a shared future, and then building a community with a shared future for mankind, the Boao Forum for Asia, which is constantly seeking new ideas, has put forward many valuable ideas. "Boao Consensus" and "Boao Plan".

The world today is undergoing major changes unseen in a century.

"Faced with a complex situation, all kinds of uncertainties, risks and challenges emerge in an endless stream. Entrepreneurs need to have overall awareness, long-term vision, courage, responsibility, and responsibility, in order to be calm, turn crises into opportunities, turn disadvantages into advantages, and build a foundation. Evergreen.” Li Baodong, Secretary-General of the Boao Forum for Asia, said that the launch of the Global Economic Development and Security Forum is to provide political, business and academic leaders in Asia and the world, especially business leaders, with a high-end dialogue platform for development and security in this era. The subject contributes Asian wisdom and Asian solutions.

The Boao Forum for Asia, which focuses on economic development, is actively expanding into areas such as technological innovation and economic security.

This move is in line with Changsha's innovation.

The reporter learned that during the "13th Five-Year Plan" period, Changsha won a total of 74 national science and technology awards, ranking top in the country.

Among them, 21 national science and technology awards will be won in 2020, accounting for 7.4% of the country and 71% of the province.

Among the high-tech industries, the four major industries of advanced manufacturing and automation, new materials, electronic information, biology and new medicine have become hundreds of billions of industries.

From a national perspective, Changsha ranks in the forefront of scientific research output in the whole society.

Liu Yongbing, deputy mayor of the Changsha Municipal People’s Government, said that the "Economic Security Council" is an important opportunity to showcase the achievements of Changsha. The conference chose to discuss solutions to economic security and sustainable development in Changsha, which is in line with Changsha's practice of "three highs and four new". The strategy is highly compatible with the goal of promoting high-quality economic development.

Changsha, which does not rely on the sea or the border, and is deep inland, has always rooted the concept of open development in its heart, and its actions in open development have been sonorous.

A three-dimensional traffic pattern integrating water, land, air and rail, and river-sea combined transportation has been formed, and the international route network has been continuously improved.

Now Changsha has fully integrated the three major trading entities of the European Union, the United States, and ASEAN, and initially established Hunan's global international freight network. It is a nationwide comprehensive transportation hub city with high-speed rail intersecting in a m-shaped pattern, and sea, land and air are fully connected to the "Belt and Road". , Traverses north and south, radiating in all directions.

Since the approval of the Hunan Pilot Free Trade Zone, Changsha has further seized major development opportunities, boldly explored and practiced, and pressed the "accelerator" of open development.

"We insist on opening up and rise, and strive to create a market-oriented, legalized, and international business environment. The international economic and trade "friend circle" has expanded to more than 200 countries and regions, and there are 101 pairs of international sister cities." Qiu Aihua said, China (Hunan ) The construction of the pilot free trade zone is speeding up, the "four-hour aviation circle" in Changsha is about to emerge, and Hunan's "circle of friends" and international influence are increasing.

Opening up has given Changsha a prominent position in the national development pattern, and has become an important hub city connecting the Guangdong-Hong Kong-Macao Greater Bay Area with the Yangtze River Economic Belt. The national strategy is highly blessed: a two-oriented society comprehensive supporting reform pilot zone, one belt and one area, the Yangtze River Economic Belt, The Changsha area of ​​the Hunan Free Trade Zone, the Changsha-Zhutan Metropolitan Area and other multi-national strategies run through Changsha.

The Chang-Zhu-Tan Metropolitan Area has been positioned by the state as a "nationally important growth pole".

Plan the future with a world perspective, international coordinates, and an inclusive pattern.

"The establishment of the Boao Forum for Asia Economic and Security Council in Changsha is highly consistent with the strategic requirements of Changsha and the country to coordinate development and security and promote a higher level of opening up." Liu Yongbing said, we have reason to believe that this high-level, high-level A high-level international event will also become a new starting point for Changsha to further expand its opening to the outside world.

"The economic security and sustainable development answers that this conference intends to give are also what Changsha thinks and wants to do." (End)