National Development and Reform Commission: Pudong must keep an eye on important areas and key links and continue to deepen reforms

China News Service, July 20. Talking about supporting the Pudong New Area's high-level reform and opening up and building a leading area for socialist modernization, Cong Liang, deputy director of the National Development and Reform Commission, pointed out today that Pudong must keep an eye on important areas and continue to deepen key links. Reforms, explorations and formation of good experienc 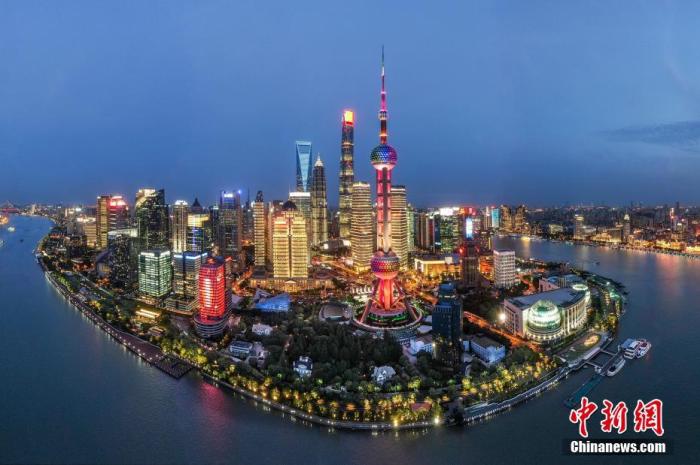 China News Service, July 20. Talking about supporting the Pudong New Area's high-level reform and opening up and building a leading area for socialist modernization, Cong Liang, deputy director of the National Development and Reform Commission, pointed out today that Pudong must keep an eye on important areas and continue to deepen key links. Reforms, explorations and formation of good experiences and good practices will be solidified in the form of laws and regulations in a timely manner to provide more high-level institutional innovation results.

Recently, the Party Central Committee and the State Council formally announced the "Opinions on Supporting the Pudong New Area's High-Level Reform and Opening up to Build a Leading Area for Socialist Modernization" (hereinafter referred to as the "Opinions").

At a press conference held today by the Information Office of the State Council, a reporter asked that the "Opinions" gave Pudong the goal of building a leading area for socialist modernization. This requires Pudong to focus on forming leadership in which areas?

In this regard, Cong Liang pointed out that during the "14th Five-Year Plan" period, our country has entered a new stage of development of building a socialist modern country in an all-round way. The situation is complex and changeable. There are no precedents for many new situations and tasks, and no existing experience. It can be copied, and regions with advantages need to be in the forefront and form a leader.

Therefore, the Party Central Committee supports Pudong to create a leading area for socialist construction, and its leading role is reflected in at least the following four aspects:

First, it is reflected in the driving force that promotes the formation of high-quality development.

Shanghai is my country's largest economic center city. The Party Central Committee has given Shanghai the important task of building an international economic, financial, trade, shipping, and technological innovation center.

Pudong carries the important functions of Shanghai’s “five centers” construction. To support Pudong’s creation of a leading area for socialist modernization is to implement the new development concept completely, accurately and comprehensively, and explore ways and paths to creatively transform the new development concept into development practice. , To build a strong potential for regional development, and drive Shanghai to better play its leading role in the integrated development of the Yangtze River Delta, thereby enhancing the overall efficiency of my country’s economy.

The second is to promote the realization of a high level of self-reliance and a smooth economic cycle.

Pudong has a unique advantage in the source of scientific and technological innovation. It must play the role of key core technology as a "swordsman" and "national team" to become a pioneer and leader in scientific and technological innovation, aiming at brain science, quantum technology and other frontiers to climb the peak , Especially to solve the "stuck neck" problem in key areas such as high-end integrated circuit components and basic software and hardware.

On the basis of eliminating these bottlenecks and penetrating the circulation blockage, Pudong will further play its role as a key node in the smooth economic cycle, provide an important channel for better use of domestic and international markets, and create a global industrial chain supply chain. An important hub of the value chain.

The third is reflected in the provision of high-level institutional supply.

my country's reform has entered the "deep water zone", and some deep-level institutional barriers have not been eliminated.

Pudong must keep a close eye on important areas and key links and continue to deepen reforms, explore good experiences and good practices, and solidify them in the form of laws and regulations in a timely manner to provide more high-level institutional innovations.

For example, in terms of establishing a new open economic system, studying open policies and institutional arrangements with strong international market competitiveness, and supporting Pudong in achieving breakthroughs in the fields of talent, technology, capital, and data cross-border circulation.

In terms of shipping, we support Pudong to strengthen the close connection between river, sea, land, air and railway, explore integrated management systems and mechanisms, and pilot the implementation of a ship registration management system that is in line with international practices.

The fourth is to better practice the people-centered development thinking.

Pudong will take the lead in implementing the concept of "people's city, people's city for the people", create a systematic, scientifically standardized, and effective urban governance system, build a harmonious and beautiful ecological environment, and build the city into harmony between man and man, man and nature The beautiful homeland of symbiosis explores a road to the development of a mega-city with Chinese characteristics, reflecting the characteristics of the times, and highlighting the advantages of my country's socialist system.