Digital risk: why bitcoin fell after oil and stock exchanges

On Tuesday, July 20, the bitcoin rate in world trading fell by more than 6% and for the first time in a month dropped below $ 30 thousand. The cryptocurrency fell sharply after massive sales in the oil and stock markets. As experts explain, investor sentiment has worsened against the backdrop of an increase in the incidence of COVID-19 in the world. In addition, the pressure on the rate of the electronic coin is still exerted by the tightening of regulation of the cryptocurrency industry in a number of countries. How in these conditions the cost of bitcoin can change by the end of the year - in the material RT. 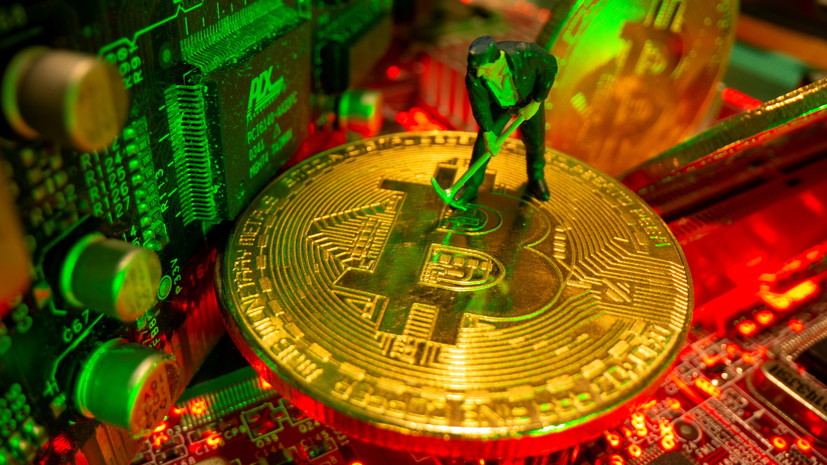 On Tuesday, July 20, the price of bitcoin dropped sharply in global trading.

At the beginning of the day, the electronic coin fell in price by 6.5% - to $ 29.36 thousand. The last time a similar figure could be observed on June 22.

This is evidenced by data from the CoinMarketCap portal.

Other cryptocurrencies have shown similar dynamics.

At the same time, the total value of all digital money fell by more than $ 100 billion and reached $ 1.16 trillion.

Cryptocurrencies began to fall in price rapidly following the deteriorating situation in the stock and oil markets.

As the head of the investment department of ICB Fund, Aaron Chomsky, explained in an interview with RT, investors were alarmed by the worsening epidemic situation in Asia and Europe.

As a result, players began to massively withdraw their money from risky assets.

“The spread of the delta coronavirus strain raises concerns among investors about the return of lockdowns, a decrease in consumer activity and, as a result, a slowdown in the post-crisis recovery of the global economy.

At the same time, tightening of industry regulation in a number of countries also plays against cryptocurrencies, ”Chomsky said.

Now the Chinese authorities are actively campaigning against the electronic coin market.

So, in May, the country's central bank banned financial institutions and companies from accepting cryptocurrencies as a means of payment and providing services related to digital assets.

Moreover, at the end of June, the regulator demanded that credit institutions and payment operators in the PRC strengthen control over customer operations in order to suppress transactions and transactions with bitcoin and its analogues.

At the same time, Beijing launched a broad fight against cryptocurrency mining in the country.

The actions of the Chinese leadership have exerted significant pressure on the digital money market, says Yuri Mazur, head of data analysis at CEX.IO Broker.

“The main problem with Bitcoin is that the coin is highly dependent on miners.

I note that until the summer of 2021, China accounted for at least 50% of the world's mining capacity.

As a result, the harsh actions of Beijing had a very painful effect on bitcoin, ”the expert noted.

Recall that bitcoin exists on the basis of blockchain technology - a single database that contains information about all operations performed.

The emission of bitcoins occurs due to mining - solving complex mathematical problems and the appearance of a new block in the blockchain network.

Each such block is an array of data, where information about transactions carried out after the creation of the previous block is entered.

As a reward for solving the problem, miners receive bitcoins.

According to Aaron Chomsky, in many ways, the Chinese authorities are now clarifying those prohibitive measures that were approved by Beijing a few years ago.

At the same time, market participants are increasingly paying attention to the tightening of rhetoric regarding cryptocurrencies in a number of other countries, the expert noted.

“The focus has now shifted to the growing wave of claims of regulators in many countries against the activities of the largest cryptocurrency exchange on the planet Binance.

At the same time, the United States began to develop a regulatory framework on the taxation of cryptocurrency transactions and the reporting of related service providers.

All this has increased the degree of uncertainty in the market, ”added Chomsky.

The observed decline in the bitcoin rate may be partly due to the general specifics of the cryptocurrency market.

This opinion was shared by the leading strategist of EXANTE Janis Kivkulis in a conversation with RT.

“Investors are buying electronic coins with an eye on the rapid growth of quotations.

Meanwhile, the protracted decline in the price of bitcoin more and more disappoints speculators and becomes a significant factor for the sale, "the specialist explained.

In the current conditions, the analyst does not exclude the possibility of a further reduction in the price of cryptocurrencies.

So, according to him, in the near future, the cost of bitcoin is capable of dropping to $ 23.3 thousand per coin.

“Moreover, in the event of massive sales in the market, the price of the main cryptocurrency may fall to $ 18 thousand. This development of events will be a repetition of the“ crypto winter ”of 2018.

In this case, there will be a risk for an even greater collapse of quotations, ”suggested Kivkulis.

Recall that for the first time the excitement of the cryptocurrency market occurred in 2017.

Then, from January to December, bitcoin rose in price more than 20 times - from $ 900 to $ 20 thousand - and even managed to briefly enter the five largest currencies in the world.

In turn, Yuri Mazur expects the stabilization of the bitcoin rate.

According to the expert, if the price of an electronic asset fluctuates in the range of $ 25-29 thousand, speculators and large investors will again start buying it in the hope of making a profit.

In this case, the electronic coin will begin to gradually rise in price again, according to Aaron Chomsky.

“By the end of the year, most of the participants expect the market to recover. At the moment, investors mainly rely on the fact that in six months the price of bitcoin will be in the range of $ 26 thousand to $ 40 thousand, ”concluded Chomsky.