The UAE supports the “OPEC Plus” agreement to increase oil production

The ministers of the “OPEC Plus” group agreed, yesterday, to increase oil supplies from August, to calm prices that rose to the highest level in two and a half years, with the global economy recovering from the Corona virus pandemic. Support the agreement 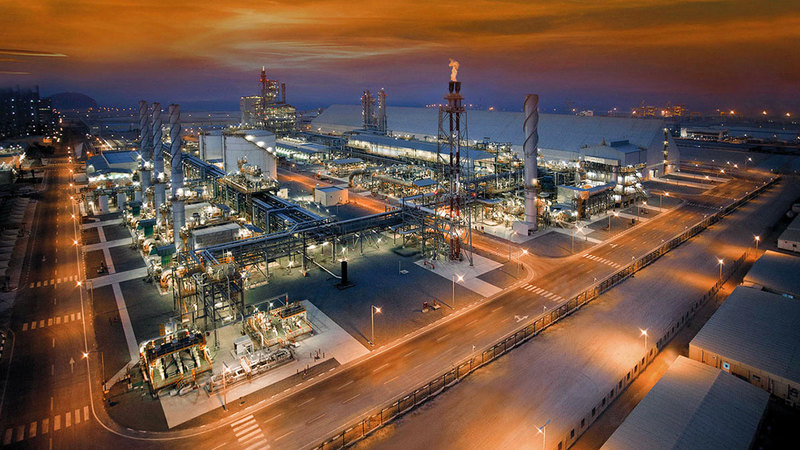 The UAE supports the “OPEC Plus” agreement to increase oil production

The ministers of the “OPEC Plus” group agreed, yesterday, to increase oil supplies from August, to calm prices that rose to the highest level in two and a half years, with the global economy recovering from the Corona virus pandemic.

The Minister of Energy and Infrastructure, Suhail Al Mazrouei, said that "the UAE supports the agreement reached by the (OPEC Plus) group," stressing the UAE's commitment to the "OPEC Plus" agreement, always working with it, and making efforts in the interest of balance in the market.

He added, on the sidelines of a conference at the conclusion of the "OPEC Plus" meeting, yesterday: "We reached a complete agreement after the constructive dialogue that took place at the meeting."

The group, which includes OPEC countries and allies such as Russia, agreed new production quotas from May.

And “OPEC Plus” stated, in a statement, that it will raise production by 400,000 barrels per day from August to December 2021, stressing that market fundamentals have strengthened, as demand for oil showed clear signs of improvement, and OECD stocks declined, as the recovery continued. economic growth in most parts of the world with the help of accelerated vaccination programmes.

Under the agreement reached by the meeting, the (total) production baseline for “OPEC Plus” will increase from 43.853 million barrels to 45.485 million barrels per day, as of May 2022.

OPEC has agreed to new production quotas for a number of members, including the UAE, Saudi Arabia, Russia, Kuwait and Iraq, from May 2022. The adjustments as a whole add 1.63 million barrels per day to supplies from next May.

The base level for Saudi Arabia and Russia will also rise to 11.5 million barrels per day, from 11 million currently, and for Iraq and Kuwait by 150 thousand barrels each.

The group agreed to extend the agreement until the end of 2022, instead of the current date to end in April 2022, to allow room for maneuver in the event that the global recovery faltered due to new strains of the virus.

Kuwaiti Oil Minister Muhammad Al-Faris said that "the agreement takes into account some developments in the markets, including the demands to introduce amendments to the reference basis for some member states," considering that "it will have positive effects on the stability of the markets."

Al-Faris added that according to the agreement, “the reference basis for calculating the future production levels for the State of Kuwait was raised by 150 thousand barrels per day.”

For his part, Russian Deputy Prime Minister Alexander Novak announced that his country will increase its oil production in the second half of the year, thanks to the "OPEC Plus" alliance agreement.

Novak said that Russia will start increasing production per month, by 100,000 barrels per day, from next August, to reach the pre-crisis level in May 2022.

He added that Russia will produce about 21 million more tons of oil this year and next.

Novak told "Russia Channel 24" that his country's budget will increase by 400 billion rubles ($5.4 billion), thanks to the new agreement based on an average oil price of $60.