The tourism sector hopes to save this second summer from the pandemic with falls in activity much more moderate than those of 2020, although still far from those of 2019. It assumes that ... 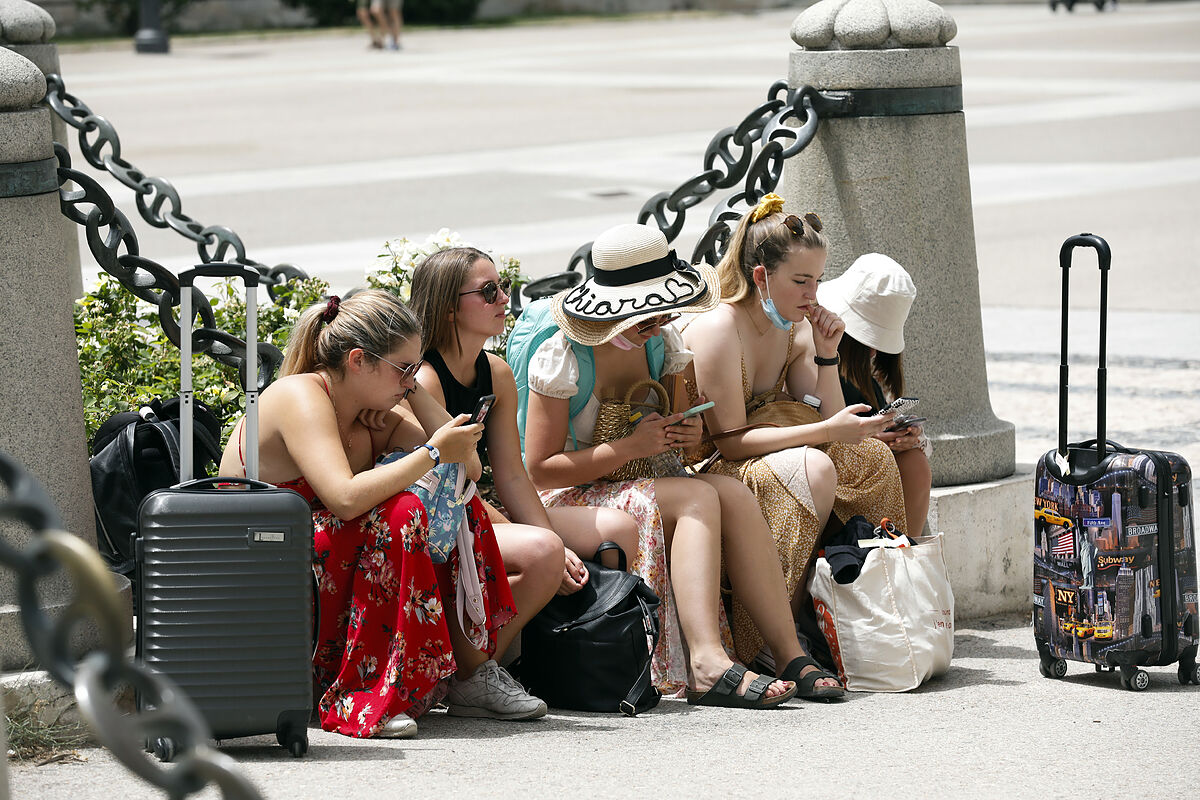 The tourism sector hopes to save this second summer from the pandemic with falls in activity much more moderate than those of 2020, although still far from those of 2019. It assumes that tourism GDP will yield 34.9% compared to before this crisis , compared to the 73% decrease in the first quarter of the year.

They are not going to recover the previous levels, but at least

"there is a certain reactivation of tourism, some green shoots

", led by national demand and which may be interrupted by the outbreaks, according to José Luis Zoreda, vice president of Exceltur, main tourist lobby and author of these forecasts.

The head of studies at Exceltur, Óscar Perelli, has illustrated it this way:

"The recovery is to fall somewhat less than 50%"

. "We want to see the bottle half full but there are still uncertainties due to the outbreaks and the alarm messages from some countries," so that "these green shoots may be gray," said Zoreda, who said that reserves have been reduced by a 20% in the international market reserves for this this week, but not in the case of the Spanish.

the sector would have lost more than 150,000 million, which is the same as what the sector generated in 2019,

It has been insisted that

the motor of this recovery is the national demand,

the Spanish, who are the ones that are pulling the activity. It is expected that 53% fewer international tourists will arrive (a similar calculation to that of the Government) and, while there will only be 9.2% fewer nationals this summer, people who do not go out, compared to 2019. Spaniards are holding great part of the activity, together with some visits from June from Germans and French, two of our main markets.

, we continue to be the worst hit sector," said Zoreda.

In June there were 527,000 workers in the sector who were working two years ago and this year, either they do not because they are in a ERTE situation (there are 280,000) or because they no longer have any employment relationship with any tourist company.

In total, there are 40% of people in any of these situations.

The second quarter has not been good due to the perimeter closures and restrictions on mobility, although

"it has been seen that there was a dammed demand", people wanting to travel.

As of May 9, when the state of alarm fell, the Spaniards began to leave, and also in June there were arrivals of some French and Germans, which has made "the activity begin to reactivate."

"We have seen the desire to travel, as soon as the administrative work has been reduced, the reserves have been given free rein," said Perelli.

There are destinations that are already beginning to have "reasonable activity records", reaching half of the 2019 figures

. They are inland destinations, with decreases of even 20% in June. Where we come from, giving up 20% is a good thing.

Asturias, Galicia and Cantabria are regions that are doing relatively well.

On the other side of the coin are Madrid and Barcelona, ​​more dependent on foreign demand that has not yet arrived, and which have the most intense drops, still above 70%.

The holiday destinations on the coast (Balearic Islands, Costa del Sol ...) most visited by foreigners are also around 70%.

In the third quarter

, that recovery slowed down, which at the beginning was more intense "precisely because of those ups and downs",

because "one day we woke up with the fact that the Balearic Islands are on the green list of the English and the next day France and Germany say they advise against traveling ".

This volatility can lower a point of activity with respect to the initial forecast.

"At the end of June we saw green shoots on the horizon and we believed that there was going to be an accelerated recovery in summer.

, although still no of cancellations, abroad, "said Zoreda.

Looking to the end of the year, these uncertainties "are expected to be cleared", because in Europe vaccination levels will be higher.

In this case, the fourth quarter could be better than anticipated and offset some losses this summer if the situation worsens.

From Exceltur they remember the importance of the English market.

Every month without British tourists, 2,300 million are lost, more than 500 million per week.

The sector has insisted that the issuance of the digital certificate must be facilitated and extended and has requested that "health communication be improved in a less alarmist key, since the situation is now very different."