Autumn grain production has entered a critical period. Is the "rice bowl" for 1.4 billion people this year guaranteed? 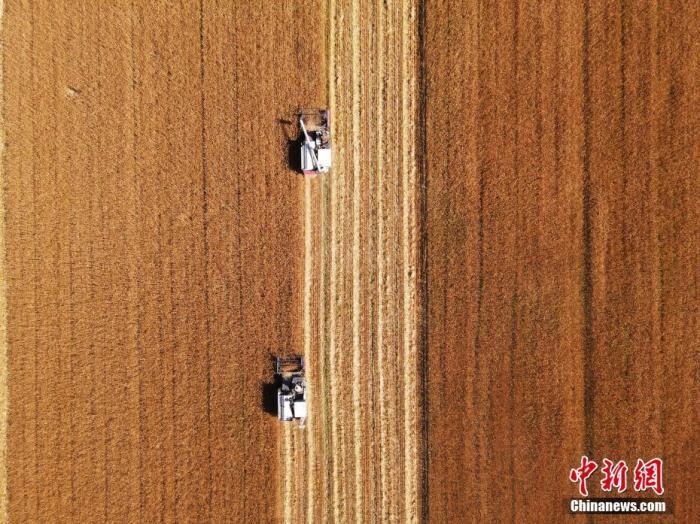 (Mid-Year Economic Observation) Autumn grain production has entered a critical period. Is there a guarantee for the "rice bowl" of 1.4 billion people this year?

China News Service, Beijing, July 12th. Title: Autumn grain production has entered a critical period. Is there a guarantee for the "rice bowl" of 1.4 billion people this year?

China’s Minister of Agriculture and Rural Affairs, Tang Renjian, announced a few days ago that China will have another bumper harvest of summer grains this year, and the output has reached a record high.

The summer grain harvest has laid a good foundation for China's annual grain yield. With the arrival of the "half-year festival", China has also entered a critical period of autumn grain production.

Faced with the uncertain global food security situation, is the "rice bowl" of 1.4 billion Chinese people guaranteed this year?

The Global Food Crisis Network has released a report stating that in 2021, factors such as economic difficulties and extreme weather caused by the prevention and control measures of the new crown pneumonia epidemic will continue to exacerbate food insecurity in vulnerable economies and may trigger a global food crisis.

However, the analysis believes that some major food producing countries have not yet recovered from the epidemic, and natural disasters such as floods and droughts are still affecting global food production. The financial policies of various countries have put many countries in inflation, and the recovery of some countries after the epidemic is bringing about demand-side growth. Under the influence of the above factors, international food prices will continue to fluctuate at a high level for a period of time to come.

Faced with the threat to global food security posed by the new crown pneumonia epidemic, Chinese officials have placed food security in a more prominent position. They have held many meetings to emphasize the comprehensive guarantee of food security, and for the first time in the five-year plan, the comprehensive food production capacity has been regarded as Safety and security restrictive indicators, including grain production into the macroeconomic control targets, strive to maintain annual grain production at more than 1.3 trillion catties.

Li Guoxiang, a researcher at the Institute of Rural Development of the Chinese Academy of Social Sciences, told a reporter from China News Agency that since the new crown pneumonia epidemic, the international food security situation has deteriorated. China's emphasis on food security is not only to ensure the "rice bowl" of its people, but also an important measure to contribute to the world. .

At present, China's grain production has achieved "17 years of good harvest", maintaining above 1.3 trillion catties for six consecutive years, and the per capita share of grain has exceeded the international food safety standard of 400 kilograms for many consecutive years.

In 2020, even under the adverse effects of the new crown pneumonia epidemic, there will be a bumper harvest of grain, and the total national grain output will reach 1,339 billion jin, a record high.

According to the analysis of experts and institutions, China's summer grain harvest has been harvested this year. Looking at the whole year, it is guaranteed that there will be another bumper grain harvest throughout the year.

Yuan Longjiang, director of the Institute of Agricultural Economics and Development of the Chinese Academy of Agricultural Sciences, said that under the combined influence of strong policy support and rising food prices, China’s grain production is fundamentally sound this year, with a slight increase in grain planting area. The output can reach 680 million tons.

It is expected that grain production will increase significantly in 2021, and the total grain output will reach 680 million tons, an increase of more than 10 million tons over last year.

At present, China has entered a critical period of autumn grain production. According to information recently released by the Ministry of Agriculture and Rural Affairs, China's autumn grain area has increased steadily this year, and the emergence of seedlings is generally normal.

In order to ensure a bumper harvest in autumn, China has recently launched the "Fight against Disasters for 100 Days to Win a Harvest in Autumn."

Li Guoxiang said that in recent years, the phenomenon of "non-agriculturalization" and "non-grainization" of arable land has appeared in some parts of China. Since last year, the prices of feed grains such as corn and soybeans have also seen significant fluctuations.

"With the support of a number of measures, China's total grain supply is expected to increase significantly this year, and the'granary of the big country' will continue to remain stable." (End)