The Central Bank reported that the granting of credit cards to individuals decreased, during the past year, by 12.2% on an annual basis, according to the financial stability report issued recently. 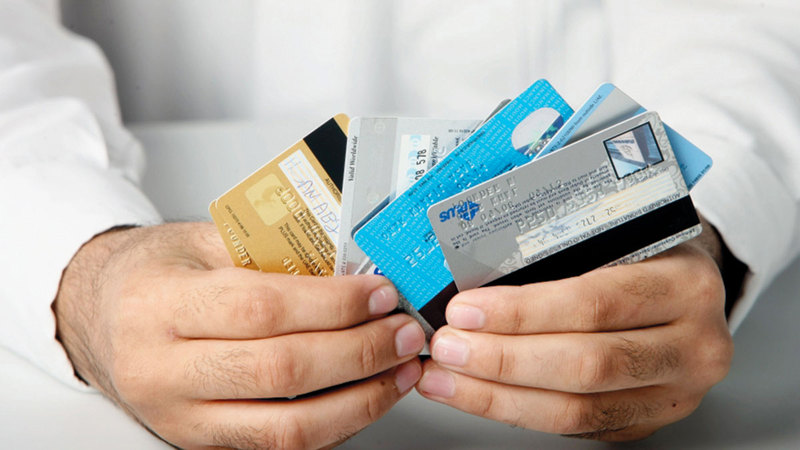 A banker attributed it to the repercussions of “Corona”

Credit cards are a high-risk product.

The Central Bank reported that granting credit cards to individuals decreased, during the past year, by 12.2% on an annual basis, according to the financial stability report issued recently.

According to the report, personal loans also recorded a decline, as well as car financing, but credit cards recorded the largest decline during 2020, and this decline in card grants is the largest, since the global financial crisis in 2008.

For his part, the banker, Muhammad Ghazi, said that “the spread of the (Corona) pandemic last year greatly affected the lists of companies listed in banks, whose employees are allowed to take credit cards and other financing,” explaining that “some of these companies reduced the salaries of their employees, and others.” I have done without them completely, so it is natural that there will be a clear decline in giving the cards in particular, because it is a high-risk product, and if it is not managed properly by the customer, it may lead to financial distress in the short term.”

Ghazi added: “There were directives to study financing requests in general, well, in order to ensure the banks’ funds on the one hand, and to avoid dumping customers in commitments that exceed their capabilities on the other hand,” noting that the request itself witnessed a clear decline amid individuals’ fears, about their continuing in Their work or their return again, and other things that affected many in all countries of the world.

And he indicated that starting from this year, demand began to recover again to some extent, but not at the pace that preceded the spread of "Corona", pointing out that banks are currently offering many offers and discounts on the interest rate and fees on credit cards, to market a larger number of them and compensate. retraction period.

In its report, the Central Bank clarified that the increase in the indebtedness of individuals affects financial stability at the overall level, and therefore it is important to monitor lending trends and ensure the protection of consumers, and the smooth functioning of banks’ intermediation, supported by a set of regulations that limit the risks of individuals to increase indebtedness over the The Central Bank indicated that the central bank system set the maximum ratio of debt service to per capita income, so that it does not exceed 50% of per capita income, and stressed on banks and finance companies to ensure that these limits are not exceeded.

17.3 billion dirhams of bonds issued by banks in the UAE

The value of bonds issued by banks in the UAE amounted to 17.3 billion dirhams during 2020, indicating that these banks maintained their strong access to the capital markets, according to the Central Bank.

The UAE market is the most active in this type of issuance in general in the Gulf region, as it acquired 37% of the total bonds issued during 2020, according to a report issued earlier by the Kuwait Financial Center.

Data issued by the Central Bank show that several banks in the country issued bonds with medium to long-term maturities, during the past year, taking advantage of low interest rates and attractive financing terms.

The maturity of capital market financing recorded a growth of 10.1% during 2020, and the average maturity of total bank debt bond issuances was approximately 36 months, which contributed to reducing the risks of total debt renewal and improving the financing structure in state banks. Bond issues are denominated in US dollars, and constituted about 94.5% of the debt portfolio.

It is expected that the UAE bond market will continue to grow during the current year, especially with interest rates remaining at attractive levels.