Finding a Compromise: How Differences in the OPEC + Alliance Could Affect the Global Oil Market

Fluctuations in world oil prices have sharply increased against the backdrop of contradictions within the OPEC + alliance. After several rounds of negotiations, the parties were unable to agree on new parameters for the extraction of energy raw materials. Experts believe that if the partners in the partnership do not start increasing the production of hydrocarbons in the near future, the global market will see a sharp increase in the shortage of oil. This state of affairs is capable of driving prices to record levels, which will put pressure on the global economy, analysts say. At the same time, experts do not exclude that the lack of consensus may even turn into a rupture of the deal, as it was already in 2020. In this case, the energy market risks facing a new collapse. What is the reason for the disagreements between the largest countries - oil exporters - in the RT material. 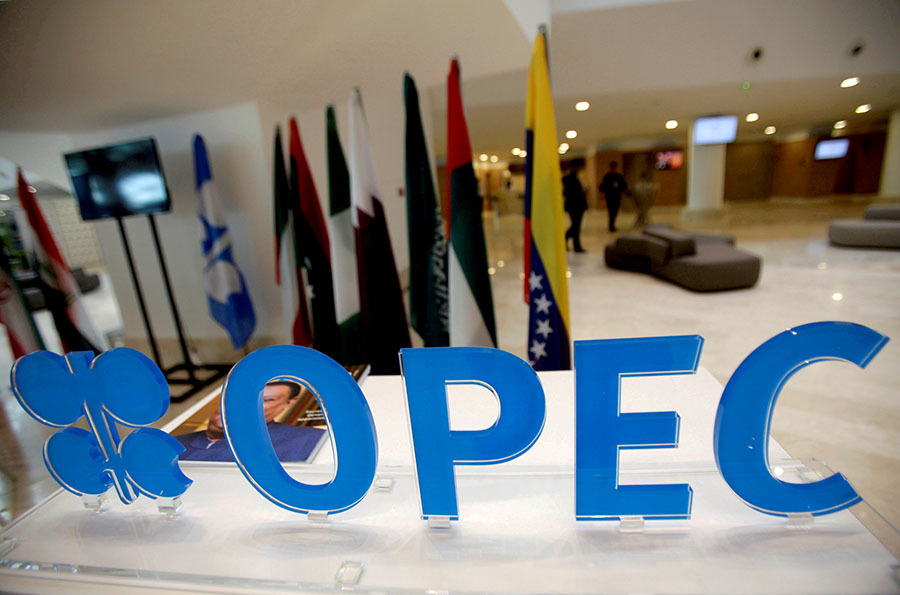 However, in the evening the quotes went down and dropped to $ 72.6.

A similar situation could be observed the day before.

The value was the highest since October 2018.

Fluctuations in oil prices have increased markedly in the past few days as a result of increased uncertainty in the global hydrocarbon market.

As Mikhail Stepanyan, senior analyst at Freedom Finance, explained in a conversation with RT, investors were alarmed by disagreements within the OPEC + alliance.

“At the moment, the actions of the countries participating in the OPEC + deal remain one of the main pricing factors in the global oil market.

These countries account for more than 40% of the world's energy production.

That is why the market is now acutely reacting to the details of the recent unsuccessful meeting of the energy ministers of the OPEC + countries, ”Stepanyan said.

As part of the deal, governments temporarily restrict the production of raw materials to achieve a balance between supply and demand in the global hydrocarbon market.

Such a policy should keep oil prices from spikes.

According to the agreements reached earlier, the states are now producing oil by 5.7 million barrels per day less compared to the so-called baseline level of October 2018.

At a meeting on July 1, the energy ministers of the OPEC + countries were supposed to agree on new parameters for the production of raw materials for the coming months, but could not agree on the terms of production.

According to TASS, against the background of growing oil consumption in the world, all OPEC + participants recognized the need to further increase the supply.

It was planned that from August to December the parties will begin to increase production by 400 thousand barrels per day on a monthly basis.

Thus, by the end of 2021, raw material production would gradually increase by 2 million barrels per day relative to current values.

Meanwhile, Saudi Arabia - one of the largest oil producers in the alliance - has insisted that OPEC + countries simultaneously renew the agreement until the end of 2022.

This initiative was opposed by the United Arab Emirates (UAE).

The country refused to renew the partnership for another eight months while maintaining the current base level of production and insisted on revising this parameter.

The renegotiations of OPEC + energy ministers were held on July 2, but the parties did not reach a consensus.

A new meeting was scheduled to be held on July 5, but the meeting was subsequently canceled and postponed indefinitely.

As Daria Kozlova, director of the State Regulation of the Fuel and Energy Complex practice at Vygon Consulting, noted in a conversation with RT, today world oil consumption already exceeds supply by 1.2 million barrels per day.

At the same time, if the countries participating in the OPEC + deal do not begin to increase production in the near future against the backdrop of high demand, then the oil deficit in the global market may increase significantly, the expert emphasized.

In turn, the growing shortage of oil risks resulting in an excessive acceleration of commodity prices, which will negatively affect the global economy as a whole.

Igor Galaktionov, an expert on the BCS World of Investments stock market, shared this opinion in an interview with RT.

The risks of serious problems will also increase in the event of supply disruptions due to various force majeure events, ”explained Galaktionov.

According to Mikhail Stepanyan, in the absence of consensus within OPEC + and maintaining current production levels for August, the price of Brent oil is capable of breaking through the psychological mark of $ 80 per barrel.

At the same time, against the background of the lack of agreements, investors have already begun to fear further growth of contradictions within the alliance and the possible collapse of the deal, as already happened in 2020.

Leading strategist of EXANTE Janis Kivkulis spoke about this in an interview with RT.

“Given the emotional history of the partnership, the current disagreements could turn into very strong gestures again in the form of breaking the agreement right now.

At least the market has already started speculating on this topic, ”explained Kivkulis.

Recall that in 2020, after the introduction of quarantine measures and the massive closure of borders in most states in connection with the pandemic, global fuel consumption began to decline rapidly.

The fall in demand for energy has led to a noticeable drop in oil prices.

It was the actions of the countries participating in the OPEC + deal that should have stabilized the situation.

It was expected that the states would reduce the production of energy resources and thereby balance supply and demand in the global hydrocarbon market.

Meanwhile, in March, following the meeting, the parties could not come to an agreement and decided to completely abandon all their obligations.

The states began to simultaneously increase the production of energy raw materials.

As a result, the oversupply of oil on the global market has increased significantly, and prices for hydrocarbons have collapsed to historic lows.

The collapse that occurred forced oil exporters to return to the negotiating table and resume cooperation.

Although the global demand for oil now exceeds supply, another refusal to complete the deal risks re-turning into a sharp increase in production.

Thus, an oversupply of raw materials may again appear on the market, and prices will begin to decline rapidly, experts say.

“The rupture of the OPEC + deal and the UAE's refusal to fulfill its obligations can lead to a new round of the price war.

We believe that the likelihood of such a development of events remains low.

The main task of the UAE is not to destabilize and collapse the oil market, but to return the investment, which is unlikely in the context of a sharp decline in oil prices.

Janis Kivkulis adheres to a similar point of view. In his opinion, the members of the alliance should have drawn conclusions after last year's conflict, therefore, by August, new agreements are likely to be reached.