The local financial markets witnessed significant market gains during last June, amounting to 226 billion dirhams, as the last week of the month captured about 94% of them, with a value of 212 billion dirhams.The Dubai Financial Market recorded its highest level in a year and a half, while the market maintained Abu Dhabi Securities Exchange 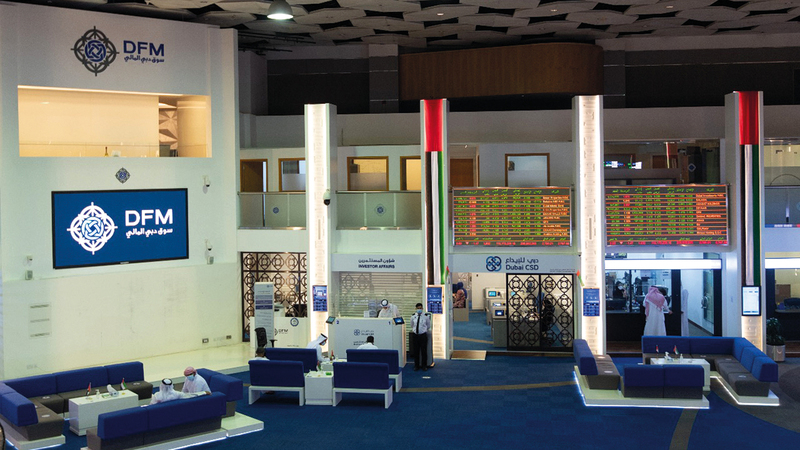 "Abu Dhabi Securities Exchange" to the highest level in its history, exceeding one trillion dirhams

The local financial markets witnessed significant market gains during last June, amounting to 226 billion dirhams, as the last week of the month captured about 94% of them, with a value of 212 billion dirhams.

The Dubai Financial Market recorded its highest level in a year and a half, while the Abu Dhabi Stock Exchange maintained its rise during the past month, touching its highest level ever in its history, exceeding the trillion dirhams barrier.

The rises in the local capital markets came in conjunction with the launch of "Yahsat" and the listing of "Alpha Abu Dhabi" as the second largest listing in the Abu Dhabi market after "ADNOC Distribution", with a market value of 200 billion dirhams, in addition to the return of optimistic expectations about the companies' half-year profits.

The Abu Dhabi Securities Exchange rose by 4.2% during June 2021, reaching a new historical level at 6897.9 points for the first time in its history in more than 15 years, compared to about 6558.7 points last May.

Support for the Abu Dhabi market comes from the shares of the "Al-Alameya Holding" company, and "Alpha Abu Dhabi" has issued the market's gains since the start of trading.

On the performance level of yesterday’s session, the gains of the financial markets on the first day of July trading amounted to about 12.5 billion dirhams, as the general index of the Abu Dhabi Stock Exchange jumped to the level of 6899 points, a growth of 0.93%, while the Dubai Financial Market index closed at the level of 2816 point, a growth of 0.21% compared to the previous session.

In addition, the Chief Executive Officer of Strategies and Clients at Al Dhabi Capital Limited, Muhammad Ali Yassin, said that the local financial markets witnessed a strong start in trading yesterday, and as the first session this July, whether in terms of the movement of indicators or in terms of liquidity and trading volumes.

He added that last week witnessed the listing of "Alpha Abu Dhabi Holding" company in the Abu Dhabi market, noting that there were some fears of liquidity pressures, but the volume of trading was good and clear from the movements of the shares of "International Holdings" and "Alpha Abu Dhabi", which gives Positive signs of a successful release bypass.

Yassin indicated that with the beginning of July, companies are preparing to enter the period of disclosing companies' financial results for the second quarter and the first half of 2021, which represents an influencing factor in the movement of the markets, which is expected to be good, especially in the banking, communications and real estate sectors.

He explained that there is another positive factor, which is the closing of the subscription to "Yahsat" company in the Abu Dhabi market, which is witnessing a good turnout from individuals and institutions, pointing out that it is expected to announce the average number of subscription coverage times.

Yassin stressed that there is nothing to prevent the local financial markets from continuing their positive movement to the top, in light of the significant improvement in the indicators of the national economy's recovery, and its entry into a strong recovery phase, in addition to the rise in oil prices above the level of $75 a barrel.

For his part, the financial expert, Abdul Qadir Shaath, said that the Abu Dhabi Securities Exchange witnessed last week the size of the market value exceeded one trillion dirhams for the first time ever since the launch of the market.

He added that «all trading was concentrated in the leading shares, including the National Bank of Abu Dhabi and (Al-Alamiya Holding), and one of the companies it owns, (Alpha Abu Dhabi), which started trading and closed at 17.46 dirhams per share, and this of course reflects an increase in the market value, and also reflects a rise In the value of the portfolio and properties of sister companies (International Holdings).

He stated that most of the trading was centered on the shares of the "Emaar" group of "Emaar Development", "Emaar Malls" and "Emaar Properties", whose prices ranged from 4.15 dirhams per share to 4.24 dirhams during the past week.

Investors from 97 nationalities trade in the UAE financial markets

The number of foreign nationalities whose investors trade in the UAE financial markets has exceeded 97 nationalities from different countries, since the beginning of this year, according to official statistics issued by the markets.

Investors with dual American and British nationalities topped the list of the most active foreigners in the local financial markets during the first half of 2021, while the Saudis and Kuwaitis came at the forefront of the Gulf's activities, while the Jordanians and Egyptians topped the list in the Arab world.