Yemen: dozens of dead in new fighting in Marib

New fighting between Yemeni government forces and Houthi rebels for the strategic northern town of Marib left 47 dead on Saturday, including 16 loyal fighters ... 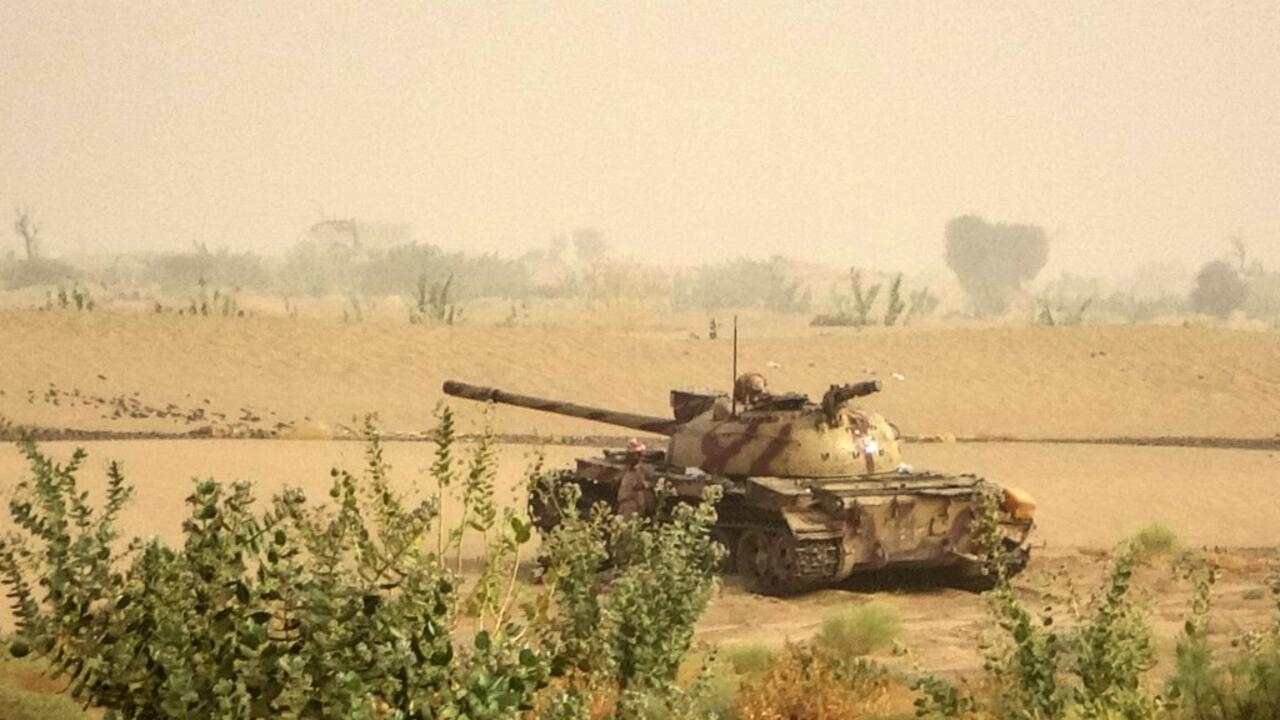 Yemen: dozens of dead in new fighting in Marib

A tank of government fighters supported by Saudi Arabia near the front line, facing Houthi rebels, in the northeastern province of Marib country, June 19, 2021. © AFP

At the same time, Saudi Arabia, which has intervened militarily in Yemen since 2015 against the Houthis, "

" 11 drones fired by these rebels in the direction of the kingdom, according to the Saudi press agency.

The latest developments come as the UN envoy for Yemen, Martin Griffiths, on Tuesday told the UN Security Council of the failure of his efforts to end the deadly war in that country. country, at the end of his three-year mission.

The Iranian-backed rebels seek to seize Marib and its surrounding oil fields, which are the last stronghold of government forces in northern Yemen, after more than six years of war that plunged the country into grave humanitarian crisis.

According to pro-government military sources, the fighting in Marib left 47 dead on Saturday, including 16 loyalist fighters, including six officers.

The Houthis, for their part, only very rarely report the victims of the fighting in their ranks.

We are in fact squaring the circle ...

Conflict in Yemen: "If Marib falls, it would be a fundamental transformation of the war"

Diplomatic efforts to secure a ceasefire and end this battle that claimed thousands of lives had intensified in recent weeks.

But in the absence of progress, the fighting finally resumed.

launched attacks on several fronts, trying to advance, but they were mostly pushed back,

The rebels, for their part, claimed on their Al Masirah television channel that the coalition had carried out 17 airstrikes in different regions of the province of Marib.

The latest fighting comes after the failed efforts of the United Nations, the United States and other countries in the region to secure a ceasefire in Yemen.

It is with deep regret that I report to you today that the parties have still not resolved their differences,

Whether Marib is taken or does not fall, in any case it is probably a turning point in the war ...

The Houthis, who control most of northern Yemen and the capital Sana'a, are calling on Riyadh to end the air and sea blockade imposed on their country as a precondition for a ceasefire agreement.

In addition to their offensive on Marib, the Houthis regularly launch missiles and drones towards Saudi territory, targeting in particular its oil installations.

On Saturday, the Saudi air defense said it had "intercepted" and destroyed 11 drones fired by the rebels, according to the official SPA news agency, citing the coalition led by Riyadh.

The interception operations were successful,

” the coalition said in a statement, adding that the drones were loaded with explosives and seven had been neutralized in Yemeni airspace.

The war in Yemen has killed tens of thousands of people, according to various aid organizations.

More than two-thirds of the 30 million inhabitants, facing increased risks of epidemics and famine, depend on international aid.

Today, according to the UN, is the worst humanitarian crisis in the world.