Dubai Electricity and Water Authority (DEWA) has announced its participation in a large pavilion at Expo 2020 Dubai, featuring a modern design in line with the authority’s role as the official sustainable energy partner for the exhibition, which will be organized for the first time in the Middle East and Africa from October 1, 2021 to 31 M 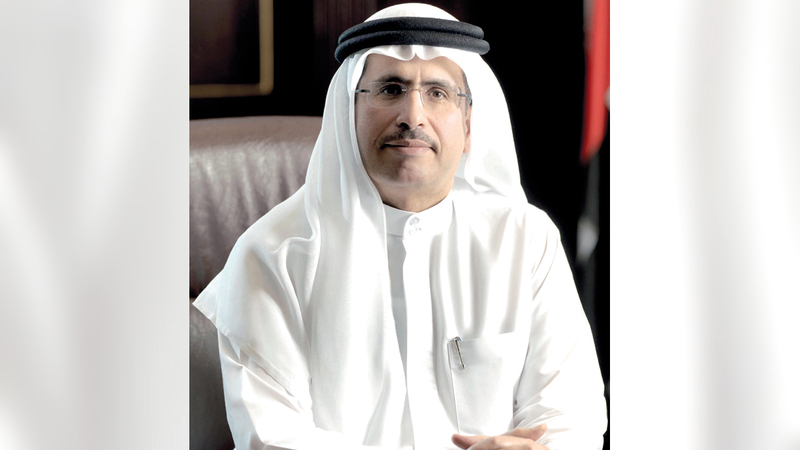 Saeed Mohammed Al Tayer: "The Authority's pavilion highlights its innovative projects and initiatives, especially in the field of renewable and clean energy."

Dubai Electricity and Water Authority (DEWA) has announced its participation in a large pavilion at Expo 2020 Dubai, featuring a modern design in line with the authority’s role as the official sustainable energy partner for the exhibition, which will be organized for the first time in the Middle East and Africa from October 1, 2021 to 31 March 2022, under the slogan "Connecting Minds and Creating the Future", pointing out that it will display its most prominent projects and innovative initiatives in its pavilion.

In a statement, the authority confirmed that it would launch two satellites, in conjunction with Expo 2020 Dubai, specialized in "communication" and "remote sensing", to monitor the performance and efficiency of photovoltaic solar panels at the "Mohammed bin Rashid Al Maktoum Solar Energy Complex".

Saeed Mohammed Al Tayer, Managing Director and CEO of the authority, said: "We are making our utmost efforts to achieve the vision of His Highness Sheikh Mohammed bin Rashid Al Maktoum, Vice President and Prime Minister of the UAE and Ruler of Dubai, to organize the best session in the history of the Expo."

He added that the authority's pavilion at Expo 2020 Dubai provides a unique experience for visitors, as it highlights the authority's innovative projects and initiatives, especially in the field of renewable and clean energy, and relying on the techniques of the Fourth Industrial Revolution, to replace and change the operating model of service institutions, and transform into the first digital institution Globally, through “Digital DEWA”, the digital arm of Dubai Electricity and Water Authority, whose goals are in line with the “Dubai 10X” initiative, which aims to develop Dubai government services to implement today what other cities in the world will implement after 10 years through government innovation.

The authority's pavilion at Expo 2020 Dubai highlights the "Mohammed bin Rashid Al Maktoum Solar Park", which is the largest solar energy complex in one location in the world, with a production capacity of 5,000 megawatts by 2030.

The complex, when completed, will contribute to reducing more than 6.5 million tons of carbon emissions annually, while the capacity of solar energy projects in the complex is currently 1,013 megawatts, using photovoltaic solar panels.

The authority has 1,850 megawatts “in progress” with photovoltaic panels and concentrated solar power, with other future stages to reach 5,000 megawatts by 2030.

Digital DEWA, ​​the digital arm of Dubai Electricity and Water Authority, aims to become the first digital institution in the world to be supported by autonomous systems for renewable energy and storage, with the expansion of the use of artificial intelligence and the provision of digital services.

The authority revealed that it has allocated a platform within its pavilion at the exhibition for the global competition for universities to design homes based on solar energy "Solar Decathlon - Middle East", which is organized by the authority under the patronage of His Highness Sheikh Hamdan bin Mohammed bin Rashid Al Maktoum, Crown Prince of Dubai and Chairman of the Executive Council, in Partnership framework between DEWA and the Dubai Supreme Council of Energy with the US Department of Energy.

DEWA will display models of the homes in which university teams participate in the second round of the competition, which will be held in conjunction with Expo 2020 Dubai, in addition to the smart and sustainable home, which won first place in the first round of the competition organized by the Authority in 2018 and designed by the Virginia Tech University team. American.

The authority indicated that it has implemented two other projects in the "Hatta" area, which are the "Dubai Summit" and the "Hatta Sustainable Falls".

The "Dubai Summit" project includes the construction of a 5.4-kilometre cable car to transport tourists from the "Hatta Dam" area to the summit of "Umm Al-Nisour" in the Hatta region, the highest natural peak in the Emirate of Dubai, with an altitude of 1,300 meters above sea level.

The authority indicated that the cable car route was chosen, so that it passes over the Hatta Dam lake and the upper dam lake for the hydroelectric station project, passing through the mountain range until it reaches the top of Umm Al-Nisour.

As for the “Hatta Sustainable Waterfalls” project, it includes exploiting the slope of the upper dam, using it as a natural waterfall, creating a water stream along the car parks below the dam, and developing the area and transforming it into recreational spaces, cafes and restaurants, so that this water can be collected at the end of the stream, recycled and pumped to the upper part. For the slope, in addition to raising fish in the water course.

The authority is also reviewing its SpaceD program, which aims to build the authority's capabilities and qualify an Emirati cadre specialized in the use of space technologies in electricity and water networks, and to benefit from the techniques of the Fourth Industrial Revolution and its disruptive techniques in exchanging information through space communications, and Earth observation techniques.

The authority confirmed that it will launch two satellites in conjunction with “Expo 2020 Dubai”, specialized in communications and remote sensing, to monitor the performance and efficiency of photovoltaic solar panels in the “Mohammed bin Rashid Al Maktoum Solar Energy Complex”, through special cameras located on the main satellite, and a study The impact of weather phenomena and climate change on energy infrastructure and supplies, which enhances supply reliability and resource sustainability.

The Dubai Electricity and Water Authority's pavilion at Expo 2020 Dubai is expected to include a model of the authority's new main building called "Al Sheraa", which will be the tallest, largest and smartest zero-energy government building in the world.

The building has been designed to achieve the Platinum Green Building - Leadership in Energy and Environmental Design (LEED) rating and the WELL Silver Global Green Building System standards.

The new building will be directly connected to the Dubai Metro and will use Internet of Things technologies, big and open data, artificial intelligence, and the latest smart building management methods.

The hydroelectric station in Hatta

DEWA stated that among the innovative projects it is implementing is a 250-megawatt pump-and-storage power plant in the Hatta region, pointing out that this station is the first of its kind in the Arab Gulf region, with a storage capacity of 1,500 megawatts. / hour, with a lifespan of up to 80 years, and investments amounting to about one billion and 421 million dirhams.

In the production of electricity, the plant will rely on making use of the water stored in the Hatta Dam, and another upper dam being built in the mountainous region, at a time when advanced turbines based on clean energy produced in the Mohammed bin Rashid Al Maktoum Solar Energy Complex will work in reverse, to pump water from The lower dam will reach the upper dam, while these turbines will be operated to produce electricity and supply it to the authority’s network by taking advantage of the rush of water descending from the upper dam to the “lower”.

In its pavilion, DEWA is highlighting the "Green Hydrogen" project, the first of its kind in the Middle East and North Africa region, to produce hydrogen using solar energy.

The project was implemented in cooperation between Dubai Electricity and Water Authority, Expo 2020 Dubai, and Siemens Energy, in the authority’s external testing facilities in the Mohammed bin Rashid Al Maktoum Solar Energy Complex, and the pilot plant was built to be able to accommodate future applications and platforms. Test different uses of hydrogen, including transportation and industrial uses.

Dubai Electricity and Water Authority stated that it allocates within its pavilion at the exhibition a platform for the World Green Economy Organization, which was launched by His Highness Sheikh Mohammed bin Rashid Al Maktoum, in October 2016, during the activities of the World Green Economy Summit in Dubai, and aims to promote the transition to a green economy. Supporting countries and organizations seeking to achieve their green strategy and plans.