Preface    It is true that these second-generation A-shares who have taken over are from superior backgrounds and well-educated. They have grown up quickly in the sinister business battles. They may have luck, may have their IQs different from ordinary people, or they may be diligent and capable. Hard work, but in the final analysis, there is one thing-in the face of the changing capital market 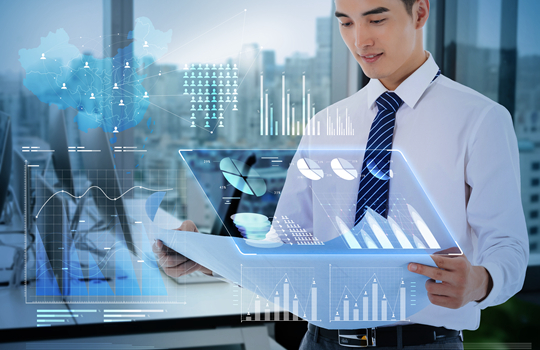 It is true that these second-generation A-shares who have taken over are from superior backgrounds and well-educated. They have grown up quickly in the sinister business battles. They may have luck, may have their IQs different from ordinary people, or they may be diligent and capable. Hard work, but in the final analysis, there is one thing-in the face of the changing capital market, complex company status quo and business problems, we must shoulder heavy burdens and move forward.

Sino-Singapore Jingwei Client, June 20 (Dong Xiangyi) Father love is like a mountain, as generous as a mountain, and as solid as a tree.

Today is "Father's Day". Looking at the capital market, there are many "heirs" who have succeeded from their parents. The youngest is only 26 years old.

According to statistics, a total of 30 chairman of the A-share listed companies are "post-90s" who control a market value of over 100 billion, and most of them are the children of the founders.

In recent years, most A-share private listed companies have shown a common phenomenon of inheriting their father's business, and their successors have become younger.

"If I am young, I am not inferior." Although these second generations seem to inherit the family business easily, some prospective successors have been honing in the company's grassroots positions for many years, and some have graduated from domestic institutions of higher learning or returned from overseas studies.

Recently, Blu-ray Development announced that the company’s chairman Yang Keng resigned as chairman and was replaced by Yang Wuzheng.

Public information shows that Yang Wuzheng was born in 1995 and is the son of Yang Keng, the actual controller and chairman of Blu-ray Development.

On May 11, Shennan shares announced that Zhou Haiyan was elected as the chairman of the company's fifth board of directors for a term of three years.

The day before, Guo Yanjun, the female chairman of the “post-90s” generation of Gimpo Titanium, took office.

Public information shows that Guo Yanjun is the daughter of Guo Jindong, the actual controller of Gimpo Titanium, born in 1992, and holds a master of science degree in risk management from New York University.

In fact, there is indeed no lack of "daughters inheriting their father's career" among the young chairman of the board.

The Sino-Singapore Jingwei Client Query Flush Shun iFind data found that there are currently 30 listed company chairmen in the A-share market who are "post-90s", most of whom are the children of the founders. The youngest was born in 1995 and the largest was born in 1990. Born.

In addition to Yang Wuzheng, the new chairman of Blu-ray Technology mentioned above, among the current A-share listed companies, there are two youngest chairmen who are also "post-95s", namely Wang Zhenlin of Shunhao shares and Baolingbao's Dai Sijue.

According to data, Wang Zhenglin was born in February 1995.

In 2018, Wang Zhenglin, who was only 23 years old at the time, was elected chairman.

According to reports, the average age of the board members of Shunhao shares is 50 years old.

Desi Juesheng, who was selected as the chairman of Bowlingbao in March this year, was born in 1995. He graduated from the University of Manchester in the United Kingdom with a Master of Science degree in Financial Economics.

After ancestors live in Taiwan, they affect the future and destiny of the company

It is worth noting that from the perspective of shareholding, most of the A-share "post-90s" chairmen are not the actual controllers of the company in the true sense, and their parents, grandparents or family members are the ones who really hide behind Taiwan.

Once there is a negative incident that is filed for investigation or criminal offense, it will profoundly affect the future and destiny of the company.

Known as the "first share of funeral and interment," Fucheng shares announced on June 7 that the actual controller of the company, Li Fucheng, was filed for investigation on suspicion of short-term trading.

Currently, Li Fucheng's grandson is the third-generation successor of the company.

On February 25 this year, Kao announced that the actual controller Xiao Guoqiang was investigated by the Securities Regulatory Commission for suspected insider trading.

Public reports show that the current chairman Xiao Jiaojun is the daughter of Xiao Guoqiang.

In recent years, Kao shares have had poor performance and debts, and the actual controller's equity has been frozen several times.

According to the China Enforcement Information Disclosure Network, Xiao Jiaojun was listed as a person to be enforced by the Zhenjiang Intermediate People's Court on May 11, with an enforcement target of 188 million yuan.

Under the same case number, his father Xiao Guoqiang also has information on the person to be executed, and the amount and time of filing the case are consistent.

Public information shows that Yahuilong is a provider of in vitro diagnostic products, which just landed on the Shanghai Stock Exchange on May 17.

Its main business is the research and development, production and sales of in vitro diagnostic instruments and supporting reagents.

In terms of net profit in 2020 alone, the highest net profit of the 30 “post-90s” listed companies is the “Sichuan Real Estate First Brother” Blu-ray Development (3.676 billion yuan), while ST Tiansheng has a huge loss of nearly 500 million yuan.

Public information shows that Blu-ray Development has been reorganized from a pharmaceutical company to a real estate development and management company.

Even though the performance of the 30 companies mentioned above is still passable, the liquidity pressure faced by this billion-dollar real estate company cannot be underestimated.

According to company disclosures, as of the end of last year, Blu-ray Development’s interest-bearing liabilities were approximately RMB 73 billion.

It also revealed that "the company will face greater debt repayment pressure in the second half of the year."

For "Post-95" Yang Wuzheng, the future is not easy.