May 70 city housing prices are released, there is a good signal

Chinanews client, Beijing, June 17 (Zuo Yukun) On the 17th, the official announcement of the housing price data of 70 cities in May, the National Bureau of Statistics explained that the increase in the sales price of commercial housing in 70 large and medium-sized cities has basically remained stable.   Among them, the sales price of newly built commercial housing in 4 first-tier cities rose sl 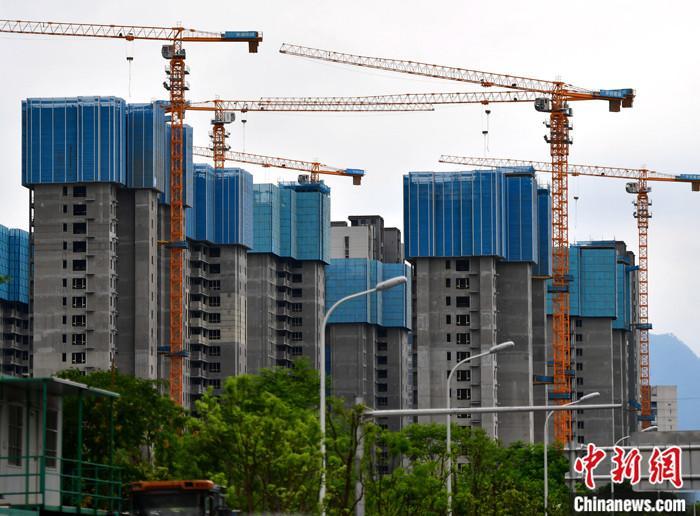 Chinanews client, Beijing, June 17 (Zuo Yukun) On the 17th, the official announcement of the housing price data of 70 cities in May, the National Bureau of Statistics explained that the increase in the sales price of commercial housing in 70 large and medium-sized cities has basically remained stable.

In the "rising sound", a good signal?

Since the beginning of 2021, the word "rising" has been around the real estate market.

However, during the Dragon Boat Festival not long ago, the property market in many places showed signs of weakening.

According to data released by the Zhuge Housing Data Research Center on the 15th, during the Dragon Boat Festival in 2021, 7,868 new houses were sold in 20 key cities in China, a decrease of 57.1% compared with the same period last year.

This also makes all parties look forward to the arrival of the turning point in housing prices.

Will the property market in May become an outpost for this turning point?

At the same time, the sales prices of newly built commercial residential buildings in 31 second-tier cities and 35 third-tier cities increased by 0.6% and 0.4% respectively from the previous month; the sales prices of second-hand residential buildings rose by 0.4% and 0.2% from the previous month, respectively. A decline of 0.1 percentage point.

The sales price index of newly built commercial housing in 70 large and medium-sized cities in May 2021.

"On the whole, the momentum for the expansion of house prices in May has weakened. This is a very good signal." Yan Yuejin, research director of the Think Tank Center of E-House Research Institute, said that compared with the data in April, house prices in three cities in May were The gains have all narrowed, which is worthy of recognition.

Judging from the national real estate sales data released on the 16th, the sales from January to May of 2021 are 7 trillion yuan, which is 1.87 trillion yuan over the same period.

"Sales are obviously active, and house price increases are still the mainstream. However, under the intensive regulation and control of various places, the rate of house price increases has also narrowed, especially in some cities with relatively high policy strengths. The increase has slowed down significantly." Centaline Property Chief analyst Zhang Dawei said.

"On the whole, the price performance of all levels of cities is relatively stable, and the increase is slightly or the same as last month. With the gradual effect of the control policy, the increase in the price of new houses has stabilized." Chen Xiao, an analyst at the Zhuge Real Estate Data Research Center pointed out. However, the first-tier cities still lead the growth, and the housing price level is relatively firm.

Looking specifically at the second-hand housing prices in Beijing, Shanghai, Guangzhou and Shenzhen, which are more representative of the market and have received much attention, Beijing, Shanghai and Guangzhou rose 1.1%, 0.7% and 0.9% month-on-month, respectively, and the increase was 0.1, 0.2 and 0.3 percentage points lower than the previous month. ; Shenzhen changed from flat last month to a decline of 0.1%.

The sales price index of second-hand housing in 70 large and medium-sized cities in May 2021.

It is worth noting that Beijing has become the city with the largest increase in second-hand housing prices.

"This really needs to be vigilant, because the price increase in first-tier cities has not been too high in the past two years. This time Beijing has the first increase, and it also requires the subsequent strict control of the second-hand housing market." Yan Yuejin said.

Yan Yuejin also mentioned that there are still many potential real estate speculation phenomena in Guangzhou, and the follow-up still needs to strictly control the order of house purchase transactions to prevent all kinds of speculation.

The Shenzhen Association of Real Estate Intermediaries believes that with the recent strengthening of the supervision of the implementation of the property market regulation by the competent authorities and regulatory authorities, the effectiveness of the New Deal has continued to ferment. After entering May, the market has a strong wait-and-see atmosphere, and transactions continue to be under pressure. Weekly second-hand housing online signings The volume even continued to fall below the 900 sets of barriers.

Not long ago, the news that "the number of houses in a school district in Shenzhen dropped sharply by 6.62 million" attracted a lot of attention.

From the loosening of housing prices in the “strongest” Shenzhen School District to the investigation of “Shenzhen Real Estate”, since the heavy launch of the reference price of second-hand housing transactions in Shenzhen on February 8, the price control of Shenzhen's second-hand housing that began to increase since the beginning of the year has taken effect.

In addition to Shenzhen, a prominent representative, statistics from the Bureau of Statistics show that the number of cities where the price of second-hand housing rose continued to decrease in May, and the price increase narrowed compared to the previous month, reaching the lowest level of the year.

Speaking of the real estate control policies issued in various places this year, "blowout" is a frequently used adjective.

Statistics from Centaline Real Estate Research Center show that the regulation and control policies issued in the first May of 2021 reached 234 times. The main core features are: interviews with the Ministry of Housing and Urban-Rural Development, rectification of intermediaries, business loans and land supply.

The popularity of the new home market has increased

However, under the same policy control, the price of new homes in over 50% of the cities showed a month-on-month increase compared to the previous month.

Xu Xiaole, chief market analyst at the Shell Research Institute, explained that this is mainly due to the differences in the supply bodies of the two markets.

"The main body of the supply of second-hand houses is individual individual owners, the supply and pricing are more flexible, and the response is more timely; the main body of the supply of new houses is the government and real estate enterprises, the front-end land supply is not enough to effectively improve in the short-term. However, to'stabilize house prices' as an example. Under the target pre-sale price limit system, there is a game between local governments and real estate companies, which also affects the supply of new housing projects. Therefore, the lack of elasticity of new housing supply makes it difficult to quickly resolve the shortfall in supply." Xu Xiaole said.

At the same time, the enthusiasm of the new house market is mainly due to the shortage of land supply in key cities and the pre-sale price limit of new houses. New house projects are in short supply, and the first-hand upside down caused by the price limit has prompted more buyers to choose the new house market, further aggravating the contradiction between supply and demand. Some of the high-premium land parcels sold in key cities have also played a leading role in market expectations.

Data map: Brightly lit on both sides of the Jialing River in Chongqing.

"From the perspective of the national market, it has become a foregone conclusion that the property market record will be set for the whole year of 2021." Zhang Dawei believes that the house price increase due to loose credit will continue for some time, but the tightening and tightening control policies are expected to stabilize the market. The slowdown continues, but the rise is likely to remain the mainstream. (Finish)