Consumers: a decrease in the capacities of “washing liquids” bottles during the sales

Consumers said that they noticed, during the sale offers, a shortage in the quantities of packages of liquid or semi-liquid washing goods, they used to buy them, despite the fact that the capacity indicated on the package remained unchanged, pointing out that the shortage sometimes reached 30%, compared to its quantity in the first 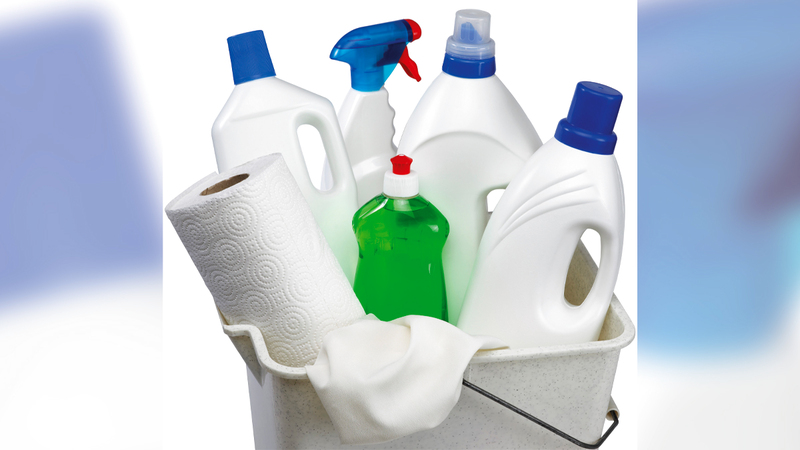 Officials of outlets and production companies considered it individual errors

Consumers: a decrease in the capacities of “washing liquids” bottles during the sales

Consumers said that they noticed, during the sale offers, a shortage in the quantities of packages of liquid or semi-liquid washing goods, they used to buy them, despite the fact that the capacity indicated on the package remained unchanged, pointing out that the shortage sometimes reached 30%, Compared to its quantity in normal times outside of discount periods.

They told «Emirates Today» that reducing the quantities means that the offers have no value, and that the consumer paid more than their original price before the reduction, calling for tighter control over offers in sales outlets and the imposition of deterrent penalties on violators.

For their part, officials in sales outlets and producing companies considered that these cases are individual, and that there may be unintended individual errors in the packing processes in a very limited number of packages.

In detail, consumer Fadia Ammar said: "She noticed a shortage of the quantity inside one of the famous laundry liquid containers, during discount offers that took place last week in one of the outlets."

Ammar explained that "the quantity in the package after the price reduction is reduced by more than 30%, compared to its quantity in normal times other than during the times of sale, despite the fact that the capacity indicated on the package remains unchanged."

She added that she "confirmed the correctness of her observation after she emptied the package after a short period, and after a few times of using it, while she was previously accustomed to buying it on a monthly basis," noting that she buys the same package of the same type five years ago and knows the quantity inside the package.

Ammar called for tighter control over performances, and severe penalties for violators.

For his part, consumer Jamal Rashid said: “Finally, he noticed a decrease of more than 20% in the amount of fabric softener liquid inside the package, during one of the sales offers, compared to the same package that he used to buy, where the same type has been used for at least a year. ».

Rasheed agreed with Ammar, to tighten control over offers in sales outlets, and to impose deterrent penalties on violators, considering that in this case there is no meaning for offers that have no value, as long as they mean reducing the quantity of the commodity, and that the consumer has paid a price higher than its original price before the reduction. .

In turn, the consumer, Fatima Mahmoud, said: “She noticed a tampering with the capacity of one of the famous types of liquid detergents that are used in washing dishes when it was put on sale offers,” explaining that “the density of the liquid has changed a lot, and has become more light to the point that it does not need to be diluted with water, Which means that its real quantity has decreased.”

Mahmoud also called for tighter control over offers, pointing out that the consumer cannot notice the lack of liquid quantity or the degree of its density before buying, as a result of the quality of the materials made of the packages, or because of their color that does not show anything, especially if it is dark and has many colored drawings. .

In the same context, the consumer, Murad Mohsen, said: “He also noticed a decrease, according to his estimates, of more than 15% in the quantity of one of the famous shampoos that he uses frequently during my price offer, and he also noticed that its density changed, so that it became more liquid than it was previously.” .

He explained that «therefore, the price offer has no value, but rather the same price before, or a higher price than its value before the offer, because what was reduced in the price was replaced by reducing the real quantity inside and more».

In addition, an official in a large outlet, Abdullah Othman, said that “these offers come from manufacturers,” indicating that the outlet’s responsibility lies in presenting them only to consumers, as long as they are not produced by the outlet.

Othman added that "consumers' comments regarding the offers will be reported to the producing companies, in order to avoid them in the coming times."

For his part, an official in one of the producing companies, who only identified his name as (B. H), said that "there may be unintended individual errors in the packing operations in a very limited number of packages."

He stressed that it is not in the interest of the brands - about which consumers have expressed their comments, and most of them are large and well-established in the market - to resort to such practices and expose themselves to losing their customers, especially in light of the intense competition in the market.

On the other hand, the expert in retail affairs, Ibrahim Al-Bahr, said that “these erroneous practices come within the framework of commercial fraud, because the same company carried out the production, and also used the same packaging and the same weight written on the package without changing, but the specifications of the commodity were tampered with.” Reducing the quantity and quality of materials used.

Al-Bahr added that “sales outlets have a great responsibility to confront these practices, and they should not say that this is not their responsibility.”

He explained in this regard that “the outlets must take measures against the manufacturer, such as stopping the display of their goods in their stores for a certain period, and informing the concerned authorities,” noting that such practices harm the outlets that display these products, especially that the consumer says in Finally, it is «buy a certain commodity from a certain outlet».

Al-Bahar stressed that these practices harm the reputation of the producing company, especially that some of the famous brands.

The Ministry of Economy had previously confirmed that verifying the validity of the offers presented by the outlets and approving them after verifying their validity, is the responsibility of the local economic departments in the various emirates of the country.

The ministry called on consumers to submit complaints to the ministry or the competent local authorities, in the event of any improper commercial practices related to consumer protection in the country.

The expert in retail affairs, Ibrahim Al-Bahr, warned that fraud in offers makes consumers lose confidence in offers, despite the fact that many offers, especially during the recent period, were very good, and prices are significantly lower than the original prices, which helps consumers to obtain on their needs at reasonable prices.

• An expert confirms the responsibility of the outlets... and demands them to stop selling the products of the violating companies temporarily.

• Consumers confirmed that the decrease in the capacities of the quantities in some packages is up to 30% compared to the quantity outside the “discounts”.