Almost 17 years later, the European Union and the United States finally buried the ax on Tuesday in the tariff dispute between Boeing and Airbus. The visit to the Old Continent ... 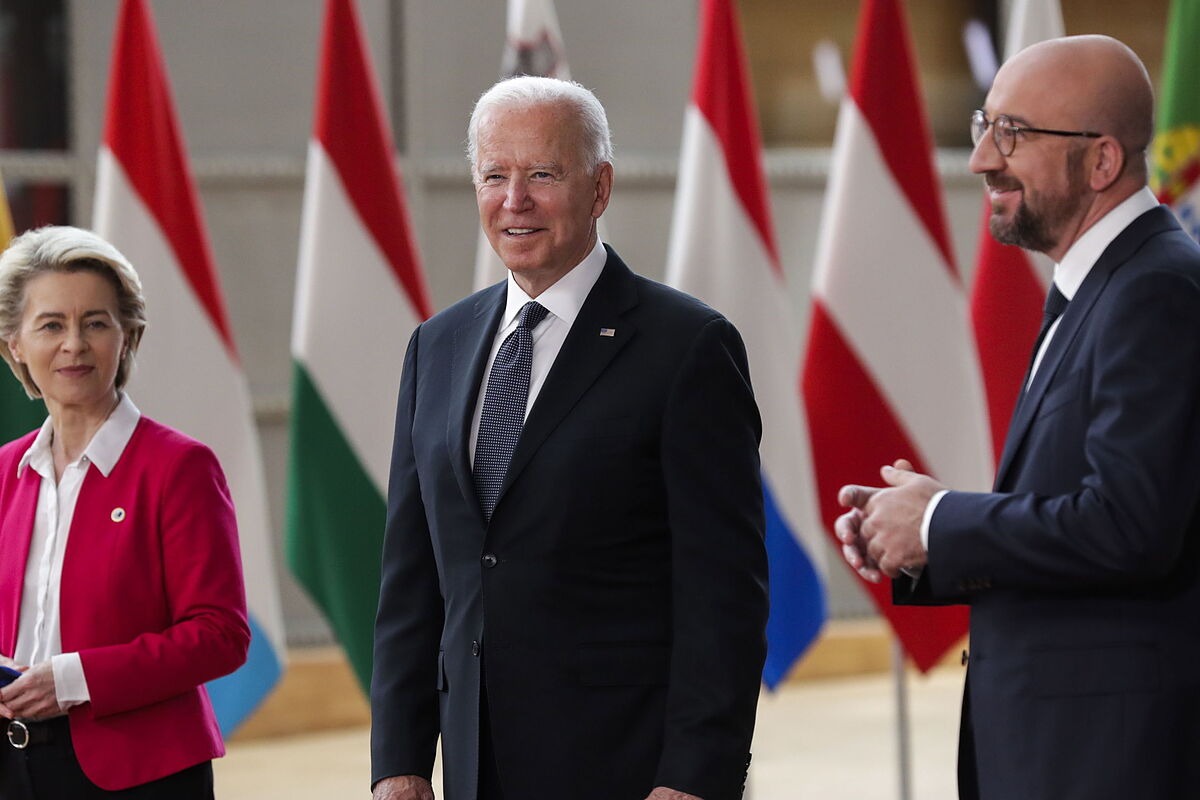 in the tariff dispute between Boeing and Airbus.

The visit to the Old Continent of the US President, Joe Biden, has been the chosen moment to formalize a truce of at least five years after a clash that has cost more than 10 billion euros to companies on both sides of the Atlantic. "

This meeting has started with a very important step forward

in air matters. This completely opens a new chapter in our relations, as we have been able to go from pleading to cooperation after 17 years of dispute," said the president of the Commission today. European, Ursula von der Leyen.

(7,500 million dollars from the US and almost 4,000 from the EU in response) with the approval but not the applause of the World Trade Organization. It will be for five years, to see how the situation evolves. A permanent aircraft working group will be created in parallel to address details and possible concrete disagreements.

Not so much or not only on the issues of the past, but on the future ones, as it seems clear that both parties will continue to support their industry, in one way or another.

and preserve a level playing field between our aircraft manufacturers, and we will also work to prevent new

from arising, "the Commission assures us.

It is not a full stop, but it can be the beginning of a change.

The airline problem is the oldest, although not the only one.

And it can serve to unblock the rest of the reciprocal penalties, which worsened notably during the Donald Trump years.

In March, while the details of the negotiation and the visit were being finalized, Washington and Brussels agreed to a provisional four-month suspension, which will now run until at least 2026, but with the intention of making it final.

"We have reached an understanding to resolve the Airbus and Boeing dispute. That shows that the transatlantic relationship is moving to another level.

We now have time and space to find a definitive solution

while saving billions in tariffs for our companies," he said. celebrated the commissioner, who in the last three days has led the marathon negotiations with the US trade delegation.

during the presidency of Brack Obama and Biden himself, the US and the EU came reasonably close to concluding an ambitious and controversial free trade agreement

, the TTIP, but the necessary progress was not achieved by both parties. The long-term goal is still to close something very big, but the damage this past five years has been profound and will take time to repair.

The presidency in Washington has changed, but not the structure of the country, the pressure from its farmers and companies, or the sociological basis.

Biden has a different vision than Trump, it is not all a zero-sum game, but the country he has 'inherited' is not the same one he left as vice president.

The air issue has been resolved, but not what affects steel or aluminum.

At the same time, however, the current White House is showing a firmer side to China, and for a global position it needs allies, and commercially there is none stronger than the EU. Biden's big goal during last week's G7 in the UK was to achieve some convergence towards his worldview on Beijing, and he is aware that to seduce Brussels he needed a clear message. And

This has been indicated these days from Brussels by Katherine Tai, the United States representative for trade affairs, who has maintained constant contacts with the team of Community Vice President Valdis Dombrovskis. The president of the Commission, Ursula Von der Leyen, recalled this Tuesday that

the Boeing and Airbus issue came up in the first telephone conversation with Biden,

in February. "We must not underestimate the fact that it is the oldest trade dispute within the WTO."

Biden, despite everything, has chosen not to appear jointly with Von der Leyen and the president of the European Council, Charles Michel, after the mini-summit on Tuesday.

Tired after the week of the G7 in the United Kingdom and the NATO Summit on Monday, also in Brussels, the American president will now head to Switzerland, where he has to meet with Russian President Vladimir Putin to address a crisis and disputes much more serious and durable than that of airplanes.