The Bank of Spain has improved its forecast of growth and unemployment for the Spanish economy and has even advanced to the end of next year the moment when the country ... 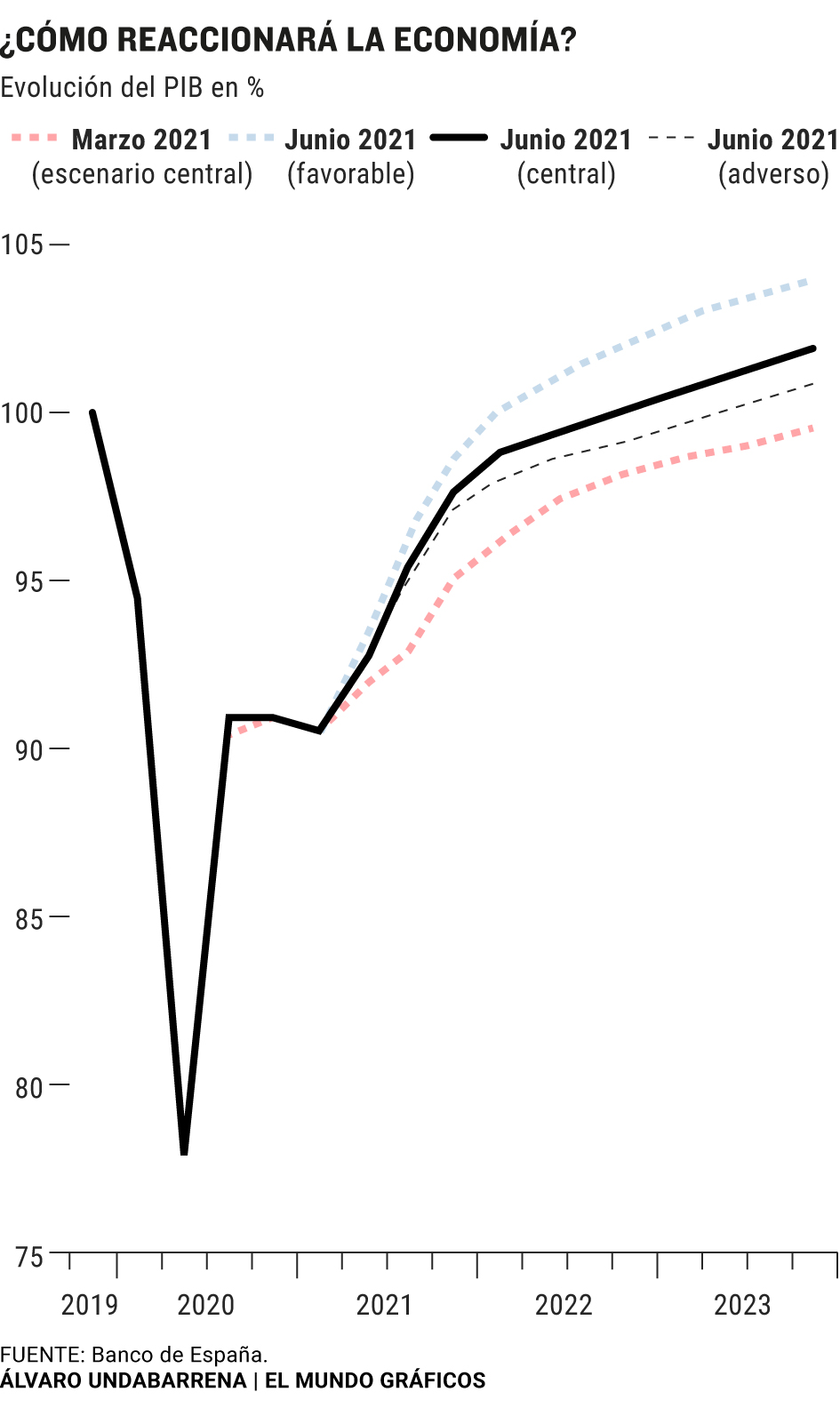 The Bank of Spain has improved its forecast of growth and unemployment for the Spanish economy and has even advanced to the end of next year the moment in which the country will recover the levels of Gross Domestic Product (GDP) prior to the pandemic. But, at the same time, that same review

confirms and maintains Spain in the European recovery queue

, not in vain the date set by the BdE contrasts with the moment when the whole of the Eurozone will achieve that same milestone.

"In terms of Gross Domestic Product (GDP), it is likely that we will return to the pre-Covid-19 level that we had in December 2019 in the

That is a quarter earlier than we expected in our March projections." , has explained the president of the European Central Bank (ECB), Christine Lagarde, in an interview with

In the quarterly report on the Spanish economy, which the agency published this Monday, it contains, as usual, three possible scenarios. And if the most favorable is taken, the moment in which Spain would return to that previous level would be brought forward a quarter. And this has been pointed out by the general director of Economy and Statistics of the Bank of Spain, Óscar Arce, noting that there are uncertainties that could accelerate - and also weigh down - the recovery. But, in any case, the

difference with respect to the whole of the Eurozone is remarkable

Entering the figures and improvements provided by the document,

GDP will rebound this year by 6.2%

in the central scenario, which is two tenths more than in the forecasts that the BdE published in March.

And in 2022, the improvement is even more noticeable since it goes from 5.3% to

Unemployment figures are also improving, partly as a direct consequence of this better economic performance but also due to the extension of the temporary employment regulation files (ERTE), Arce explained.