Israel: chaotic inauguration of the government of N. Bennett, Netanyahu leader of the opposition

Israel has turned the page on Netanyahu who, after twelve years in power, has been replaced by one of his former lieutenants, the leader of the Yamina party. Naftali Bennett. An eventful dima induction ... 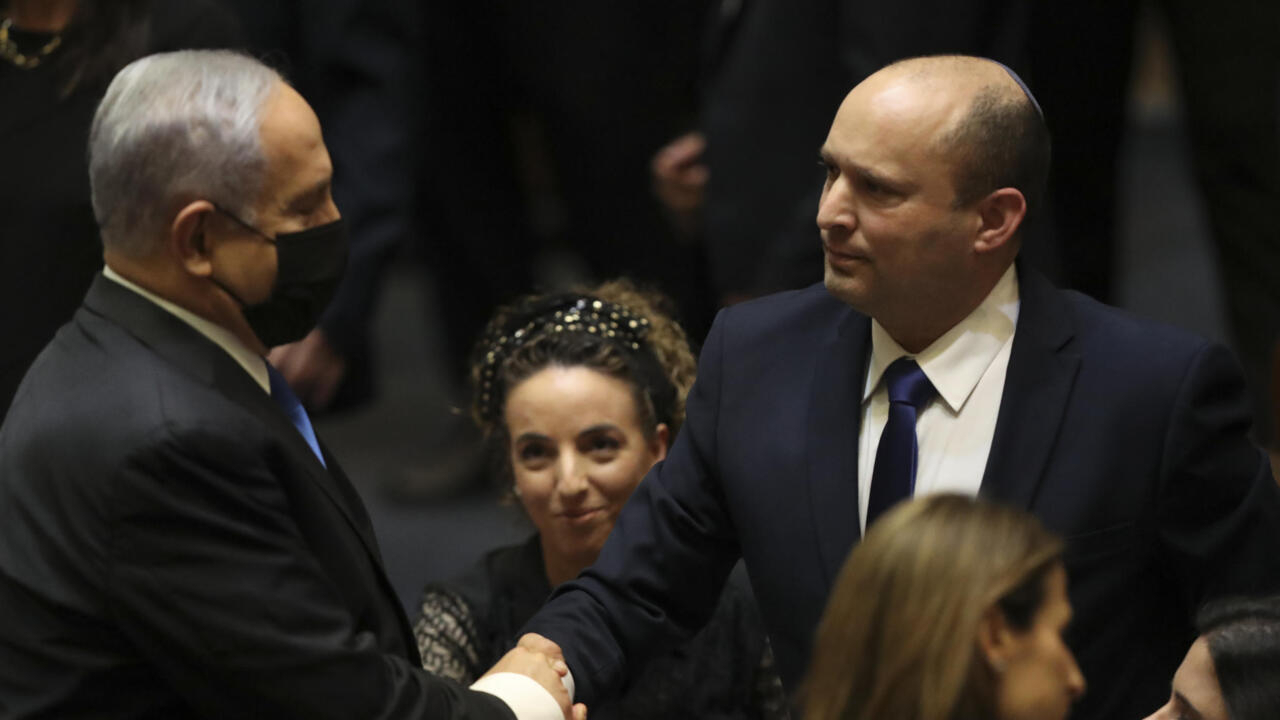 Israel: chaotic inauguration of the government of N. Bennett, Netanyahu leader of the opposition

Israel has turned the page on Netanyahu who, after twelve years in power, has been replaced by one of his former lieutenants, the leader of the Yamina party.

An eventful induction Sunday before a handover ceremony scheduled for Monday.

The alternation is set up.

The Knesset, the Israeli Parliament

the new government of Naftali Bennett on

Conspired, the new prime minister struggled to deliver his speech.

In the chamber of the Knesset the invectives burst forth.

He is treated as a liar, a swindler, first by the deputies of the religious Zionist movement, then by the elected members of Likud, the party of Benyamin Netanyahu.

"To be in power, Naftali Bennett - a right-wing candidate - agreed with a colation from the center and the left when he had promised not to do so"

Naftali Bennett, however, tries to look good, to appear as a statesman, unifier.

But after twenty minutes he loses patience and goes down into the arena: "What do you want, five, six, ten elections?"

He says exasperatedly to his detractors.

The Israelis, embroiled in one of the most serious political crises in the history of their country, have voted four times in the past two years to elect their deputies, but failed to achieve a clear majority to form a government, until yesterday.

: Naftali Bennett, a religious nationalist about to rule Israel

A fifth legislative election in the coming months, that is what Benyamin Netanyahu promises.

The former Prime Minister is now the leader of the opposition.

It is out of the question for him to leave political life.

At the rostrum of parliament on Sunday evening, he appeared combative, determined he said "to bring down this government".

"Naftali Bennett does not have the international stature" [to represent Israel], warns Benyamin Netanyahu.

Faced with him, the new ruling coalition will have no room for error.

The task promises to be complicated for this

, which now leads the country.

Two movements from the left, two from the center, three groups from the right and one Arab group, headed by the new Prime Minister alternately Naftali Bennett.

He shares power with the centrist Yaïr Lapid, who will take the reins of the country in exactly 24 months, as provided for in their coalition agreement.

Until then, Yair Lapid will serve as the Foreign Minister of the Jewish state.