It's friendly economy time. Today, I will be with reporter Kim Hye-min. If you look at these days, household debt is too high, and it's increasing too much. There seem to be a lot of articles and stories like this, but did you find out that the results of a survey that especially young people's loans increased significantly? I also got a lot of loans when I first bought a house last year. In addition to real estate, new loans from young people who invest in stocks and virtual assets or go into debt due to a lack of employment are rapidly increasing. 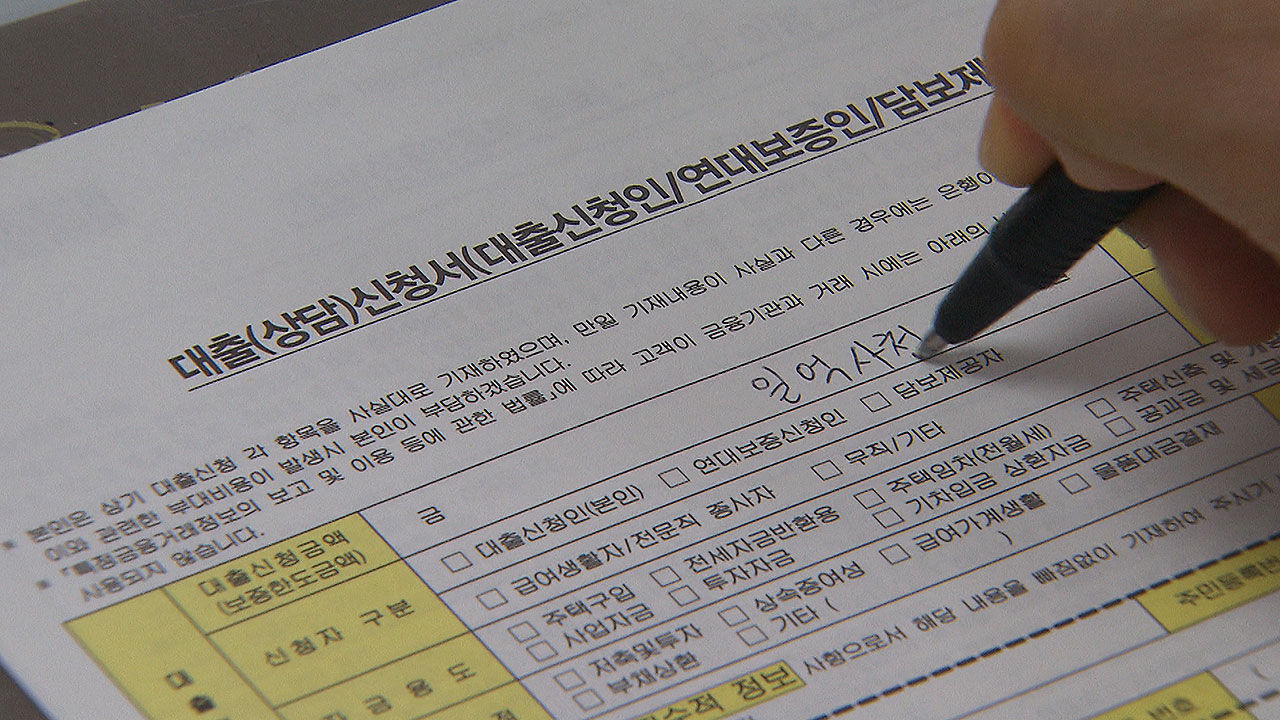 friendly economic time. Today (14th), I will be with reporter Kim Hye-min. If you look at these days, household debt is too high, and it's increasing too much. There seem to be a lot of articles and stories like this, but did you find out that the results of a survey that especially young people's loans increased significantly?

Last year, when I first bought a house, I took out a lot of loans. Besides real estate, new loans from young people who invest in stocks and virtual assets, or go into debt due to a lack of employment, are on the rise.

The Korea Institute of Finance recently published a report, which shows that youth loans are rapidly increasing.

The proportion of young people in their 20s and 30s who received new loans from financial institutions such as banks in the total age group did not exceed half in 2017 alone. However, in the third quarter of last year, it increased to 58.4%.

Also, if you compare the loan amount, you can see that the proportion of people in their 20s and 30s is increasing more steeply.

The loans of young people who used to invest in virtual assets, even calling them 'money copying', have reached a risky level.

right. Then, did the survey results related to where these 20 or 30-year-olds got loans and used them specifically?

You can tell by looking at what types of loans these young people get. Until the second half of last year, the proportion of mortgage loans received when buying a house was high, but since then, credit loans and credit card loans have increased relatively.

After the real estate purchase frenzy last year, money flowed into stocks and virtual assets, and the types of loans that are increasing according to this flow have also changed.

Also, since this is last year's data, it is estimated that the proportion of young people in the secondary financial sector and credit loans will increase this year.

If we calculate the ratio of debt to income, we can see the risk of burden of repayment. Compared to the end of 2019, at the end of last year, a year later, the number of young people increased by 23.9 percentage points.

In particular, if you look at the loan balances of those who took out loans from three or more financial institutions among young people, it was 130 trillion won as of the end of last year.

And card loans in their 20s see a high risk of not being able to repay the money, and the balance of this loan alone is 8 trillion won. Both are up more than 16% compared to a year ago.

And, rather than taking a loan to buy a house, or investing in stocks or cryptocurrencies, which are more risky than these, interest rates are high, especially for card loans. This has been classified as a dangerous factor for a long time, but I am a little worried. So far, we've talked about the younger generation, but let's look at it as a whole. Has household debt in Korea increased significantly?

Yes. A detailed analysis of Korea's household debt shows that it is growing at a faster rate than the size of the national economy.

The ratio of nominal GDP, which is said to show the economy of life, and household debt in relation to it, was about 83% at the end of 2019. However, by the end of the first quarter of this year, it exceeded 90%.

It's hard to get an idea of ​​how much household debt is just by looking at this number, but let's compare it with other countries.

The average for emerging countries, including China, Hong Kong and Mexico, is 53.9%, and the average for developed countries such as the US and Europe is 81%. That's a pretty big difference. The size of household debt is also an issue, but the rate of increase is more severe.

After all, Korean households are in a lot of debt. And I think there will be voices saying that the speed of accumulating more debt is increasing even though there is debt, and then it is risky in the end.

Recently, Lee Ju-yeol, governor of the Bank of Korea, will raise the key interest rate within this year. There has been a hint of this, and then, when is that point? There are many analyzes coming out about this.

The current interest rate is 0.5%. I have been doing this since May of last year. There are four remaining meetings of the Monetary Policy Committee of the Bank of Korea, which set the base rate, in July, August, and October and November until the end of this year.

Presumably, opinions on interest rate hikes begin to emerge from the July and August meetings, but the prevailing opinion is that a 0.25 percentage point rate hike will be made in October.

There are also predictions that interest rates will rise again in January or February of next year.

In particular, there are many people who borrowed a variable interest rate rather than a fixed rate, which will be greatly affected by the base rate hike, which should be taken into consideration.

In addition to this, it is time for the government to elaborately manage the vulnerable groups and malicious delinquents who will be hit relatively hard.