Two bankers: Retirees are the most beneficiaries of loan rescheduling

Two bankers said that retired citizens are the most group that has conducted rescheduling of its loans during the past two and a half years, specifically since 2019, after a decision was issued by the Central Bank to include all old debts of citizens - which were taken before 2011 and extend repayment terms 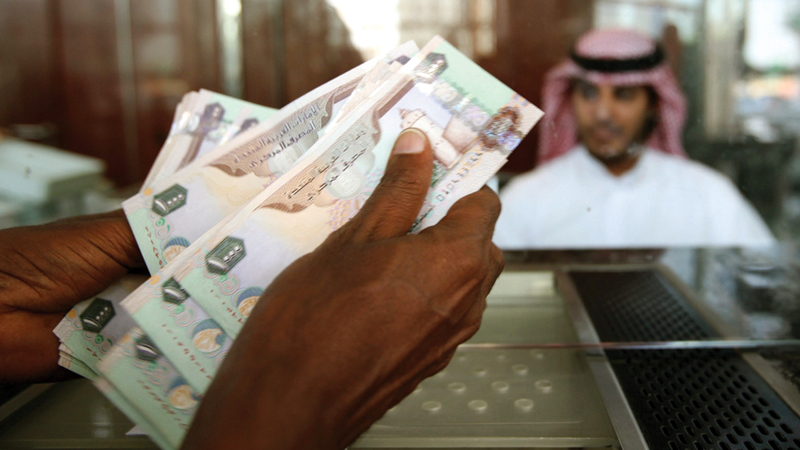 With the possibility of combining their old debts in one loan... and a monthly deduction that does not exceed 30% of the salary

Two bankers: Retirees are the most beneficiaries of loan rescheduling

Old loans have a repayment period of up to 25 years and were taken before the implementation of the personal loans system issued in 2011. Archive

Two bankers said that retired citizens are the most group that has conducted rescheduling of its loans during the past two and a half years, specifically since 2019, after a decision was issued by the Central Bank to include all the old debts of citizens - which were taken before 2011 and extend their repayment terms up to 25 years - in One loan and a monthly installment that does not exceed 30% of the salary.

They stated to "Emirates Today" that retired citizens are also the most beneficiaries of the rescheduling, as banks conduct it for them without transaction fees with a very low insurance rate, in addition to giving the citizen a low interest rate.

In detail, the banker, Tamer Abu Bakr, said that the Central Bank’s decision to reschedule the loans extended for many years, which the citizen took before the issuance of the 2011 system, includes a number of advantages that retirees benefited from, most notably reducing the monthly installment for both the loan by collecting all obligations in one payment that is paid monthly, including It does not exceed 30% of the retirement salary, in addition to the reduction in the interest rate, which is reflected in the payment period and the value of the installment, as well as the absence of administrative or insurance fees, and if the latter is found, it is a very small percentage, and the personal loan with credit cards is combined in one monthly installment It also does not exceed 30%.

Abu Bakr added that the citizens who are still on the job and have long finances, did not accept much of the rescheduling process unless the person was forced to do so, noting that this process requires a number of conditions that some citizens reject, such as signing a form not to take any funds. In addition to the eligibility of the bank to deduct 50% of his salary with every increase he obtains from his work without referring to the customer.

In turn, the banking expert, Sheikha Al-Ali, explained that the Central Bank’s decision regarding long-term citizens’ loans benefited the retirees, as it reduced their full deductions to 30%, in addition to the fact that there are usually no increases in the retirement salary, so the citizen is not afraid to include them for deduction, as well as The reduction of the interest rate in the rescheduling process and the exemption from the transaction fee, as well as the reduction of the insurance rate, all benefit the client.

The banker, Tamer Abu Bakr, stated that the banks are obliged to inform the Central Bank of all the details related to the rescheduling operations of citizens in these cases, noting that some citizens do not prefer this, as they wish to keep any increase in their salaries in full, besides hedging for the possibility of needing new financing. From the bank, whether for a car, house, or others, because the rescheduling process stops that completely.

• Banks reschedule the loans of retired citizens without fees, with two insurance rates and low interest.