Emirates Airlines and flydubai add 12 new cities to their destinations

Data issued by Emirates Airlines and flydubai showed a continuous increase in the number of passenger destinations, coming close to restoring the entire network of their stations around the world compared to before the “Corona” pandemic, with the application of air travel protocols, facilitating the travel of UAE citizens and residents 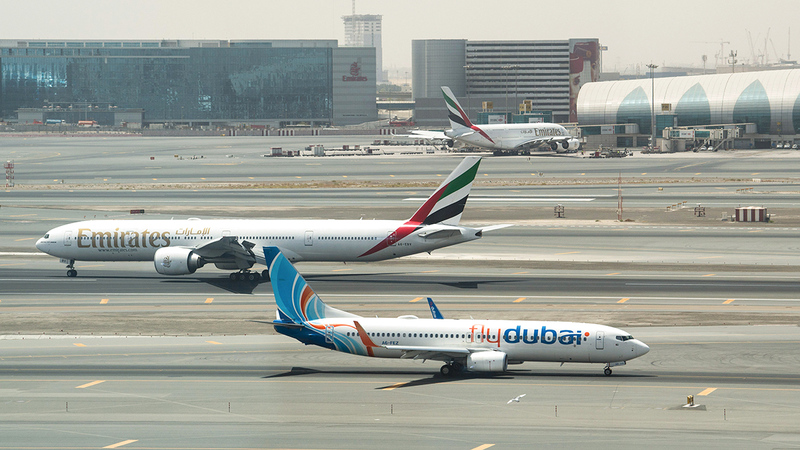 The two carriers are close to restoring the entire network of their stations compared to pre-pandemic levels.

Emirates Airlines and flydubai add 12 new cities to their destinations

The increase in the number of "Emirates Airlines" and "Fly Dubai" destinations facilitates the travel of citizens, residents and tourists.

Data issued by Emirates Airlines and flydubai showed a continuous increase in the number of passenger destinations, coming close to restoring the entire network of their stations around the world compared to before the “Corona” pandemic, with the application of air travel protocols, facilitating the travel of UAE citizens and residents and tourists, while preserving the health and safety of visitors and communities.

According to the data monitored by "Emirates Today", the two carriers will add 12 new destinations until next July, which are respectively: Malta, Nice, Lyon, Miami, Phuket, Naples, Trabzon, Sharm El Sheikh, Santorini, Mykonos, Batumi, and Tivat.

In detail, Emirates Airlines announced that it will operate its flights to Malta, via Larnaca in Cyprus, as of next July 14, at a rate of three flights per week, to expand the carrier's network in Europe to 34 destinations, and provide customers with it from its various international stations, More travel options through Dubai.

Emirates Airlines will also resume its flights from Dubai to the French city of Nice, starting from the second of next July, and to Lyon from the ninth of the same month.

Initially, the airline will operate four weekly flights to each city, while Emirates Airlines currently operates 14 weekly flights to the French capital, Paris, with Airbus A380 aircraft equipped with a premium economy class cabin, and its updated products in all classes.

Emirates Airlines will also launch a new service with four flights a week to Miami, the second largest city in the US state of Florida, as of July 22, 2021. With the addition of Miami, the number of flights operated by Emirates Airlines to the United States will increase to more than 70 flights. Weekly, it offers over 26,000 seats across cities: Boston, Chicago, New York (JFK and Newark), Houston, Dallas, Los Angeles, San Francisco, Seattle, Washington DC, and Orlando.

As of next July, Emirates Airlines will operate more than 280 flights per week from Dubai to cities in Europe, the United States, the Middle East, Africa and famous tourist islands.

The carrier will resume its service to the Thai island of Phuket, at a rate of four flights per week, starting from the second of next July.

The move comes after the Thai destination was reopened to international tourists who have been fully vaccinated against the "Covid-19" virus.

In addition, Emirates Airlines will increase the number of its flights to Milan, Italy, from eight to 10 flights a week, next July, including a daily service on the "Dubai-Milan-New York John F. Kennedy" route, and three round-trip flights between Dubai and Milan.

In total, Emirates Airlines operates its flights to more than 100 international destinations around the world, and the airline has restored about 80% of its global network of destinations that it covered before the outbreak of the pandemic.

In a related context, flydubai will resume its operations to the city of Naples in Italy, starting from the first of next July, with three flights per week to Naples International Airport, which provides wider options for travelers from the Emirates this summer, at a time when the carrier will increase the number of Its flights to Naples will be four times a week, starting from August 1, 2021.

The carrier will start its flights to Trabzon, in the north of Turkey, as of June 24.

It will also launch its flights to the Egyptian city of Sharm El-Sheikh from June 15, and to the Greek islands of "Santorini" and "Mykonos" from June 18.

flydubai will also restart its operations to the Georgian city of Batumi, and Tivat in Montenegro, as of June 25.

flydubai continues to provide more travel opportunities, by operating more flights, and adjusting the times of some of them, to improve connectivity across its growing network around the world, as the airline has been steadily increasing its operations since July 2020, and the airline will serve about 85 destinations around the world. Africa, Europe, Central Asia, the Gulf Cooperation Council, the Middle East and the Indian subcontinent, this summer.

With the addition of new stations to the carrier's network this summer, flydubai is restoring about 90% of its network of destinations that it operated before the pandemic.

flydubai’s expanded partnership with Emirates Airlines provides passengers with smoother connections through Dubai International Airport, which is currently a global hub for aviation, providing flights to more than 155 destinations between Emirates Airlines and the flydubai network. », including Australia, the Indian Ocean, Japan, South Asia, and the United States.