Saeed Mohammed Al Tayer, managing director and CEO of Dubai Electricity and Water Authority, affirmed the emirate's leadership in the field of clean and renewable energy, pointing out that the launch of the "green hydrogen" project is a new step, as this pilot project is the first of its kind in the MENA region. 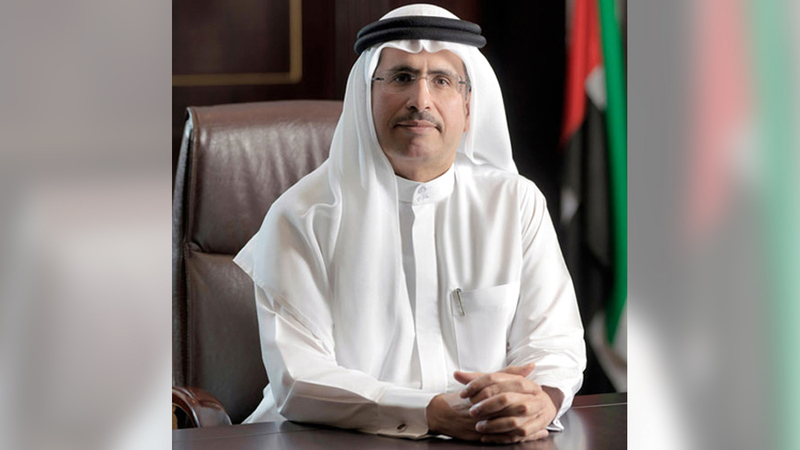 DEWA: a pilot project considered the first of its kind in the Middle East and North Africa

Saeed Mohammed Al Tayer, Managing Director and CEO of Dubai Electricity and Water Authority, affirmed the emirate's leadership in the field of clean and renewable energy, pointing out that the launch of the "green hydrogen" project is a new step, as this pilot project is the first of its kind in the Middle East and North Africa region to produce hydrogen. Green, which is a promising source of energy, and among the environmentally friendly sources, and enables the reduction of carbon dioxide emissions worldwide.

Al-Tayer added that if the "green hydrogen" path succeeds in reducing the costs of producing clean energy compared to its current price, which ranges between three and 6.5 dollars per kilogram, it is likely to be able to compete with the hydrogen produced by fossil fuels, which is accompanied by carbon emissions, which Its cost does not exceed one dollar.

He considered that the hope is that the production of green hydrogen, thanks to the efforts of the Research and Development Center, will follow the same path as solar photovoltaic, wind energy, and batteries.

He continued: "This matter we tested when we started the first projects (Mohammed bin Rashid Al Maktoum Solar Energy Complex) in Dubai, according to photovoltaic solar panels technology with a capacity of 13 megawatts, and it was a pilot project in which we used the first generation of photovoltaic panels equipped with thin films with an efficiency of 11.8%. Only, while the cost of producing kilowatt-hours of electrical energy reached 11 US cents.

He added, “Today, we succeeded in reaching about 22% efficiency.

After using the technology of dual-deck solar cells, self-cleaning techniques, and an advanced system to track the movement of the sun, we succeeded in increasing the efficiency of energy production to more than 24%, and reducing the cost of producing kilowatt-hours of electrical energy to only 1.69 cents, and prices are still declining ».

Al Tayer said: “The world is currently witnessing a growing interest in investing in clean and renewable energy sources that will change the global energy landscape in the next 10 years, especially for countries looking to accelerate the pace of economic recovery in the wake of the emerging Corona Virus (Covid-19) pandemic, by shifting from Reliance on fossil fuels to energy sources that are environmentally friendly and relatively low cost

He pointed out that, in conjunction with this global trend, the prospects for using "green hydrogen" in power generation and advancing the development of many vital sectors have recently increased, which explains the launch of 320 pilot projects to produce green hydrogen in a number of countries.

Al Tayer referred to the latest report of the Frost & Sullivan research company, which stated that the annual green hydrogen production will increase between 2019 and 2030 from 40,000 tons to 5.7 million tons.

Al Tayer stressed that the UAE is the first country in the Middle East and North Africa region that has made qualitative leaps in the production of hydrogen energy using clean energy, as part of its strategy to build an economy based on renewable energy sources that contribute to increasing the flow of foreign investments and increasing quality partnerships, in light of The growing demand for clean energy in the local markets, which enhances the role of the state globally in leading efforts to decarbonize various vital industries.

He explained that the production of "green hydrogen" is part of the Dubai Electricity and Water Authority's strategy to invest in clean energy in line with the "Dubai Clean Energy Strategy 2050", to provide 75% of the energy production capacity from clean energy sources by 2050.

Al Tayer added that the strategic and qualitative partnerships that brought together the authority with private sector institutions, resulted in the construction of the Mohammed bin Rashid Al Maktoum Solar Energy Complex, pointing out that the "green hydrogen" project is a success station, which outlines the features of a brighter and more sustainable future, and supports the transformation process. The world is heading towards a green economy that is well-deservedly led by the UAE.