Mayhem around a proposed tax on refurbished phones

The National Assembly is examining a law on Thursday providing, among other measures, a tax on refurbished smartphones. This "private copying levy", already applied to new devices, finances thousands of cultural events. But its extension to refurbished arouses strong criticism from the industry and consumer associations. 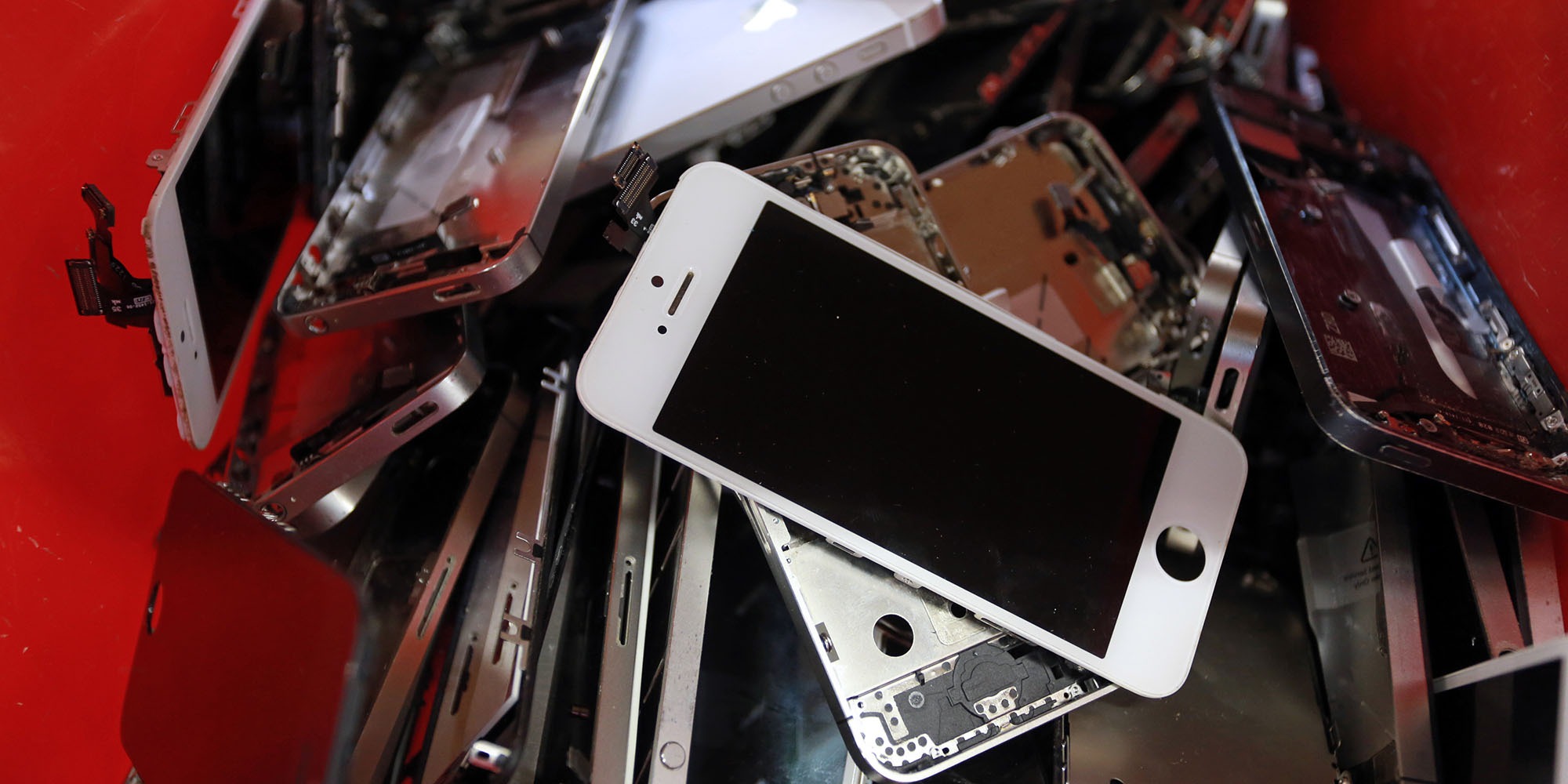 The National Assembly is examining a law on Thursday providing, among other measures, a tax on refurbished smartphones.

But its extension to refurbished arouses strong criticism from the industry and consumer associations.

The bill aimed at reducing the environmental footprint of digital technology in France arrives at the National Assembly on Thursday.

A relatively minor text on the political agenda but which could well ignite the powder because of a very specific provision, in this case a proposed tax on refurbished phones.

The private copying levy, which already applies to new devices and finances the world of culture, could be extended via an amendment tabled by the government.

Supported by more than 1,600 artists in a forum published by the JDD, this measure is rejected en bloc by the French repackaging industry.

What is the private copying levy?

This is a mechanism created in 1985 and thought of as a compensation for artists in the era of the proliferation of electronic devices. Indeed, today it is very easy to copy, for personal use, cultural works, especially music and films, on multiple media. Since the rights holders do not touch anything on these private copies, a tax has been introduced on mobile phones, tablets, USB keys and new external hard drives sold in stores. The fee ranges from 50 cents for small, low-memory USB drives up to 14 euros on devices over 64 GB.

In 2020, the levy on private copying thus brought in 273 million euros, a sum which largely serves to finance the world of culture.

In the column published by the

, signed in particular by Gims, Jean-Jacques Goldman, Nathalie Baye and Erik Orsenna, the signatories indicate that 12,000 events have benefited from this tax, including "64% of music festivals", and that jobs of 200,000 artists are "supported" by this mechanism.

"The private copying levy is crucial and makes it possible to remunerate creators, but also to strongly support cultural activities in our territories", supported the Minister of Culture Roselyne Bachelot on Twitter.

What could the law discussed in Parliament change?

As it was written by a group of senators from all sides, the bill aimed at reducing the environmental footprint of digital, aimed to clarify the situation of refurbished phones. Article 14 bis excludes them from being affected by the levy: "The remuneration for private copying is not due either when the recording media result from activities of preparation for the reuse and reuse of products having already given rise to such remuneration ". But the government, pushed by the representatives of the rights holders, finally tabled on Monday June 7 an amendment including reconditioned smartphones.

If this amendment were adopted by Parliament, refurbished smartphones would therefore be taxed twice: the first time when they are put into circulation and a second time after their refurbishment.

The Private Copying Commission, which manages the license fee, has drawn up a scale which must come into force on July 1.

Refurbished devices will be taxed with a reduction of 30% compared to the initial fee, i.e. a tax of up to 8.40 euros for a phone and 9.10 euros for a tablet.

Artists and rights holders put forward two arguments. First: after the Covid-19 pandemic, culture is in danger. "We are emerging from a year without a show, without an audience, a year of closed places, of stricken culture. But when cultural life in France begins to pick up again, we have to face another battle", write the signatories of the

. To help the sector, it would therefore be necessary to find financial leverage. "We do not dispute this point, of course we must support culture", abounds Thibaud de Lazaure, co-founder of Backmarket, the French leader in reconditioned, at the microphone of Europe 1.

For the members of Copie France, including SACD, SACEM / SDRM and SCAM, who collect royalties for artists, taxing refurbished phones is also a question of equality.

"They already represent nearly 15% of telephones purchased in France. Our whole economy is destined to become green. Creating this exception for a sector of activity which is destined to become the standard, is to condemn in the long term one of the pillars of the financing of our cultural exception ", we can read in the gallery.

It would therefore not be a question of opposing ecology to culture but of taxing an increasingly widespread consumption.

What does the refurbished industry fear?

Logically, these arguments do not convince the players in this nascent industry, which now produces two million refurbished phones per year.

"This tax jeopardizes 2,500 jobs. Reconditioners do not have the means to absorb this tax," says Thibaud de Lazaure, co-founder of Backmarket.

"It is a sector that is barely structured, with a lot of investments and low margins. The tax will therefore be added to the price of products and French reconditioners will lose their competitiveness compared to players in other countries."

Tax on refurbished smartphones: is the circular economy threatened?

Thibaud de Lazaure also denounces the government's double discourse on ecology. "I do not understand how the government can repeat that it is necessary at all costs to reduce the carbon footprint and at the same time tax the refurbished. We know that 5% of global CO2 emissions are linked to the manufacture of new electronic devices. and that it could double in twenty years. The solution is to extend the life of these products by repairing or reconditioning them. This is total nonsense. "

Finally, the last argument is economic: taxing refurbished smartphones is to attack the purchasing power of consumers.

“The average basket is 190 euros for a refurbished smartphone. For a new one, it is two to three times more. With us, 28% of customers are unemployed, 7% are students. choice, it is a necessity for them ", maintains Thibaud de Lazaure.

What are the opponents of the tax claiming?

The first complaint is simple: cancel the tax on refurbished devices. "This measure will worsen the digital divide. Today, it is essential to have a smartphone but it is also very expensive. It is for this reason that 8 million French people do not have one", recalls Marie Cohen-Skalli, director of Emmaüs Connect, an association that works with social and solidarity economy companies to recondition electronic devices at low prices. "People who come to us have an average monthly income of 600-650 euros. Eight euros more on a 150 euros phone is already too much for them."

It is for this reason that the UFC-Que Choisir seized the Council of State, even before the vote of the Assembly. The consumer association calls for the cancellation of the scale of the royalty on refurbished devices, imposed by the Private Copying Commission. She also criticizes this organization "hand-sewn to defend the interests of rights holders" and which "imposes dated scales on consumers". "The functioning of this commission is extremely obscure", abounds Thibaud de Lazaure. "It collects part of the income from the tax but we do not know how it operates, what its management fees are, etc. This is not normal."