"Recovery from the economic and social crisis needs determination and optimism." With his eyes set on the future and with those words he closed this Wednesday ... 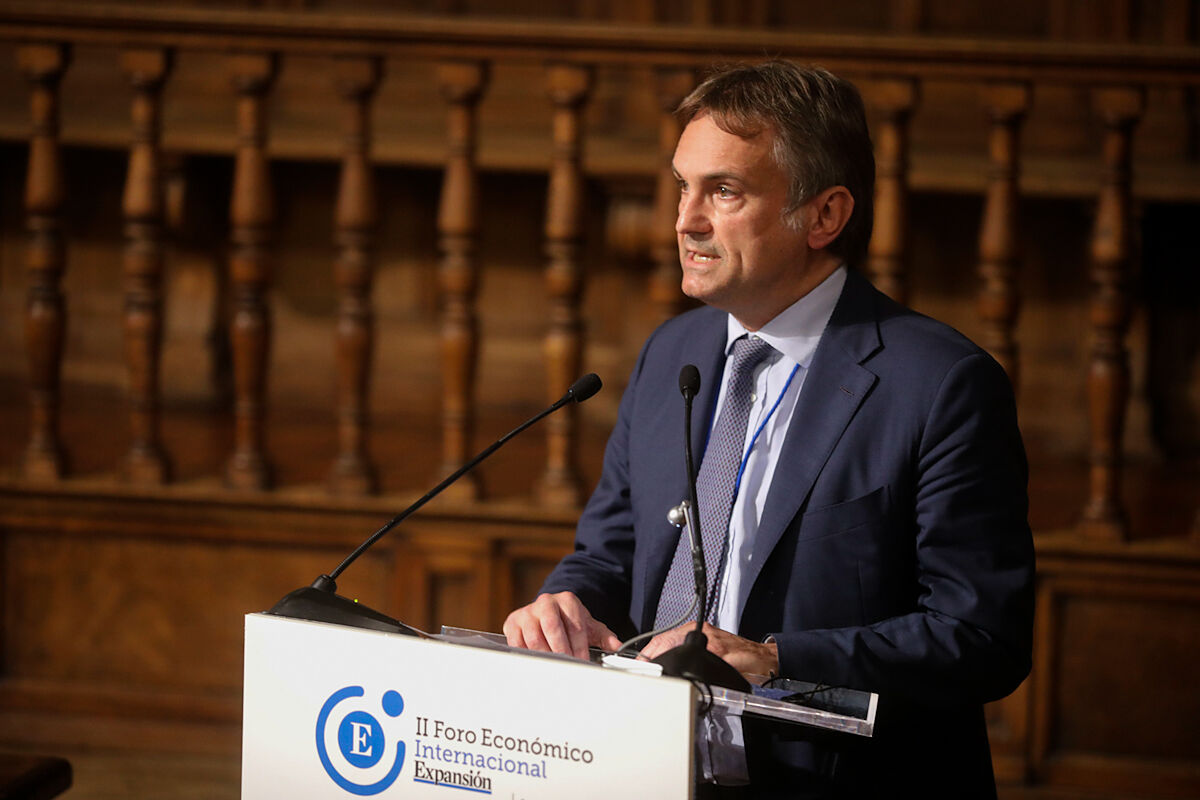 "Recovery from the economic and social crisis requires determination and optimism."

With his eyes set on the future and with those words, Marco Pompignoli, executive president of Unidad Editorial, closed the second edition of

in his first public intervention as president of the editorial group.

The Italian leader, who thanked the presence of the business, institutional and political assistants, stressed the need to "build a sustainable world for future generations" with "solid foundations as a result of reflection" and with "determination to face the great challenges and pending reforms ". "Expansión, as the leading medium of economic information, of Grupo Unidad Editorial, promotes this great international meeting to focus on these concerns", he pointed out.

Pompignoli has affirmed that the International Expansion Forum as a "great annual event" has served to expose the need to address "international challenges in a deep and detailed way in a changing geopolitical environment". Among them, he highlighted the new position of the United States, the relations between Europe and Latin America and the opportunities for Spain and the whole of Europe in the recovery scenario. "The protagonists of the different economic sectors have advanced strategies for key activities such as finance, energy, tourism, technology, and, of course, health," he remarked.

The minister and vice president, Nadia Calviño, has shown a similar line, who together with the executive president of Unidad Editorial has closed this forum. The head of the Economy has indicated that the vaccination process "has been clarifying the uncertainties" derived from the pandemic in Spain and has set the end of 2022 as the "horizon" to recover the GDP prior to the pandemic and return "to the path of growth "in 2023.

Calviño has remarked that "Health and the Economy go hand in hand" because "as the health uncertainty clears, the economic indicators improve." An improvement that, as he has said, should be made with an eye to "the ecological transition", "social equality" and "the Europeanization of the labor market" to avoid a repeat "precariousness" of the Spanish economy and " the unacceptable youth strike ".

For his part, the rector of the University of Alcalá, the scene that hosted the forum, José Vicente Saz Pérez, pointed out that in "this very clear moment of confusion" the world must undertake "important transformations in social and economic systems" to achieve "the common good with respect for human rights." For this, he has indicated, "education is the best antidote" for which universities work to "provide answers through the generation of knowledge."

In the morning section, the president of the National Markets and Competition Commission (CNMC), Cani Fernández, had delved into one of the most widespread debates in recent weeks: the changes of criteria in the electricity bill.

Fernández warned that the new electricity tariff system could cause "higher costs" for households and "higher savings" for "the more educated consumer."

Subsequently, the president of Iberdrola, Ignacio Galán, charged the central government for "cutting" income at nuclear and hydraulic power plants and called for "legal certainty and regulatory predictability" to invest in the ecological transition that "the country needs."

The International Expansion Forum, organized by the economic newspaper in collaboration Think Tank The European House Ambrosetti, has been held during the last two days at the headquarters of the University of Alcalá de Henares and has been sponsored by IAG Iberia, Unicaja, EY, Santander, Sanitas, Abertis, Comunidad de Madrid, Ayuntamiento de Alcalá, HP, Tendam and Naturgy. Marco Pompignoli thanked all of them for their presence in providing "a complete vision projected into the future".

In the different round tables that have been held, focused on globalization processes, the importance of the health sector or tourism models, the ministers Arancha González Laya, Teresa Ribera and José Manuel Rodríguez Uribes have participated;

representatives of the banking or business sector such as the president of Santander Spain, Luis Isasi, the founder of Destinia, Amuda Goueli, or Decius Valmorbida, president of Travel.

On behalf of the Grupo Unidad Editorial, in addition to Marco Pompignoli, Nicola Speroni, CEO and director;